They think it’s all over...and it could be in six minutes!

With the Premier League kicking off this weekend the RSPB is asking people to think about the threats facing rainforests and calling for support to help save and protect them and all their wonderful wildlife. If all the football pitches in the English Football League were to disappear at the same rate of loss that rainforests are currently facing, they would be gone just six minutes into the first half — barely long enough for the first Premier League goal of the season to be scored.

Jonathan Barnard, the RSPB's Head of Tropical Forests, said: "Every four seconds an area of rainforest the size of a football pitch is lost — cut down with chainsaws, primarily for commercial interests. It may sound like an odd comparison, but with the Premier League starting today it's an easy one to make. Rainforests are the lungs of the world and saving them is a key factor in the fight against climate change. If they were rainforests, every one of the Premier League pitches would be lost in 80 seconds, the Championship would disappear just over one and a half minutes later, and the remaining 48 pitches in the Football League would be gone in the following four minutes. They're quite staggering statistics." 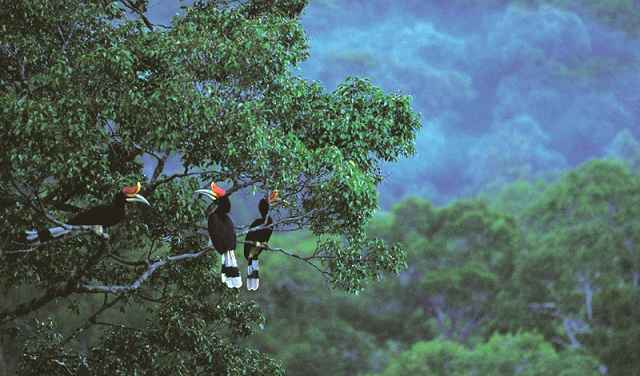 The RSPB protects rainforests in Sumatra and Sierra Leone as well as supporting other projects in Kenya, Tanzania, Uganda, Thailand and Montserrat. Its work is helping to save endangered and threatened species such as the Sumatran Tiger, Pygmy Hippo, Leopard, Chimpanzee, Forest Elephant, Sun Bear, and many rare birds, including the majestic Rhinoceros Hornbill.

Jonathan continued: "Rainforests are some of the most threatened habitats on Earth and their destruction threatens more than three quarters of the world's biodiversity. Not only are rainforests important places for some of the planet's most vulnerable wildlife, they also provide homes for indigenous people and are huge carbon stores so saving them is vital for so many reasons, including helping to counter climate change."

In Sumatra, Indonesia, the RSPB is working with local partners to protect and restore one of the most threatened rainforests in the world. Harapan Rainforest covers an area two-thirds the size of Greater London and is home to a host of rare animal and plant species, including the critically endangered Sumatran Tiger, of which fewer than 300 remain in the wild. It supports an amazing 55 mammal species, including the globally threatened Asian Elephant and Malayan Tapir, as well as the world's rarest stork and a rich diversity of other wildlife. 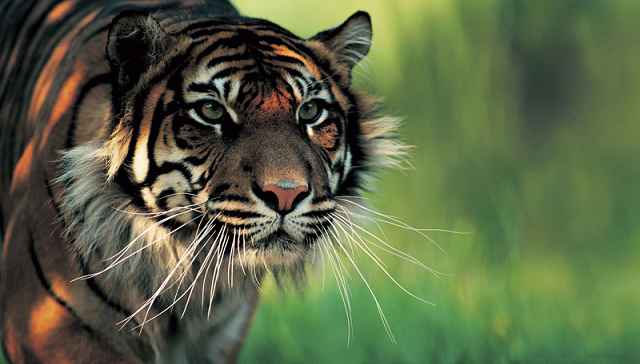 In Sierra Leone, West Africa, the RSPB has been working for more than 20 years to protect the 71,000-hectare Gola Rainforest. The international partnership that aims to protect the beautiful Gola rainforests forever is Sierra Leone's most ambitious conservation programme ever and the area is home to a wealth of rare and wonderful wildlife. Jonathan commented: "We've made real progress since we started our rainforest work, but it's hugely expensive and we need more funds to ensure we make a difference on the scale that's needed. This is a problem that needs to be tackled soon before the full-time whistle blows — unfortunately we won't get any extra time."