The first Great Bustard chicks in the UK

For the first time since 1832, the Great Bustard — one of Europe's most threatened birds — has this week nested in the UK, with two females successfully hatching chicks. This milestone has been greeted with euphoria by the team striving for several years to bring back the world's heaviest flying bird to the UK. For security reasons the nest sites, on Salisbury Plain in Wiltshire, are being kept secret. 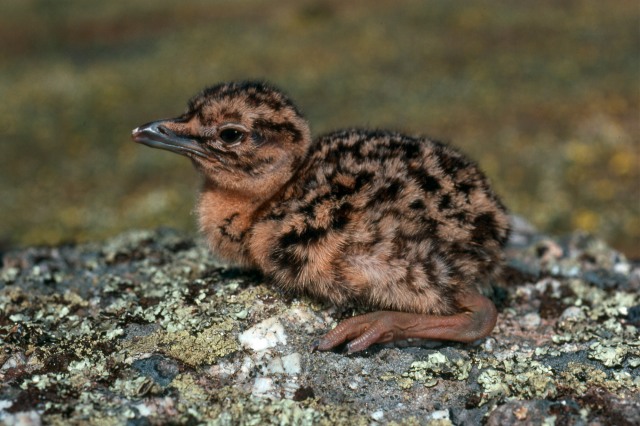 During May a female Great Bustard was observed incubating a clutch of eggs. A few days ago they hatched and two chicks were seen following their mother and being fed. A day later another female was seen feeding a chick.

Prof. Tamas Székely, of the University of Bath — a partner of the Great Bustard Consortium — said: "The Great Bustard is a difficult species to reintroduce as it is a long-lived, slow-maturing bird, but this is a very encouraging sign that the reintroduction trial will be successful."

The RSPB has recently joined the project group. Dr Mark Avery is the RSPB's Conservation Director. He said: "This fantastic news marks another chapter in the struggle to bring back England's lost wildlife. The Great Bustard is the only bird nesting in the UK that is facing global extinction. Establishing a new population here should ensure a brighter future for this Globally Threatened bird, which continues to decline across parts of Europe." 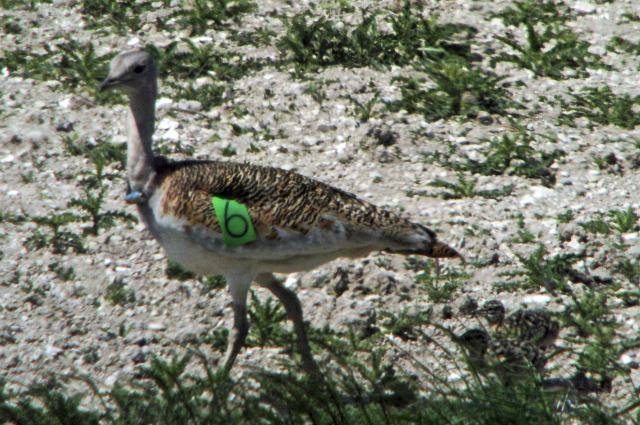 The reintroduction trial, led by the Great Bustard Group, began in 2004 using Great Bustards reared from eggs rescued from cultivation in Saratov Oblast, southern Russia. The chicks are reared in the Russian Federation in a partnership with the A.N. Severtsov Institute of Evolution and Ecology, a branch of the Russian National Academy of Science. When the chicks are about six weeks old they are imported into the UK and after a period of quarantine they are released onto Salisbury Plain, Wiltshire.

The first known nest from this project was in 2007, and there was at least one further nest in 2008. However, the eggs from these clutches were found to be infertile, most likely due to the young age of the males. It is widely considered that male Great Bustards become fertile at an age of four or five years, so 2009 is the earliest that eggs were expected to hatch.

David Waters added: "The Great Bustard is a slow bird to mature, so it has been a long wait to get this far, but this could not be speeded up. A small UK population of about 18 birds has been built up, but it is only when this population begins to produce its own young and becomes self-sustaining that the project can be judged as successful. The indications are extremely positive."

The Great Bustard Group has been essentially self-supporting from the start and is funded by membership subscriptions, private donations and through self-generated income. It needs about £130,000 a year to fund the whole project which is allowing for a great deal of assistance given without charge by volunteers and project supporters and sponsors. Costs range from compliance with government health screening for the imported birds, through to renting the land at the release site and the costs of monitoring birds. 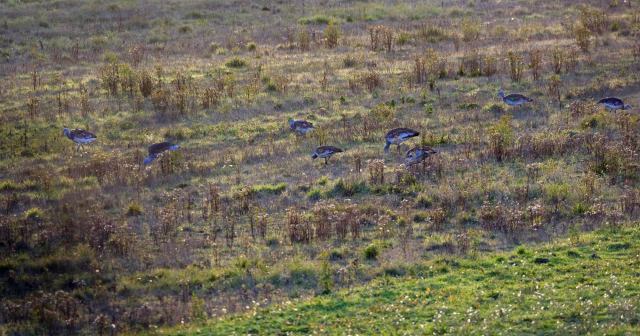 Despite the obligations of the EC Birds Directive, the Bern Convention and the Labour manifesto of 2005 to support the restoration of formerly native wildlife, direct support from the government has been minimal (less than 2%). Natural England have assisted with the costs of monitoring the released birds, but the vast majority of the project costs are covered by private donations and the work conducted by volunteers.

Further information is available at www.greatbustard.com.
Written by: RSPB
Login to leave a comment
Return to List