Found by Yell resident Dougie Preston, it represents just the fifth British record and the first for 25 years, when one reached the remote Hebridean island of St Kilda on 20 September 1995. 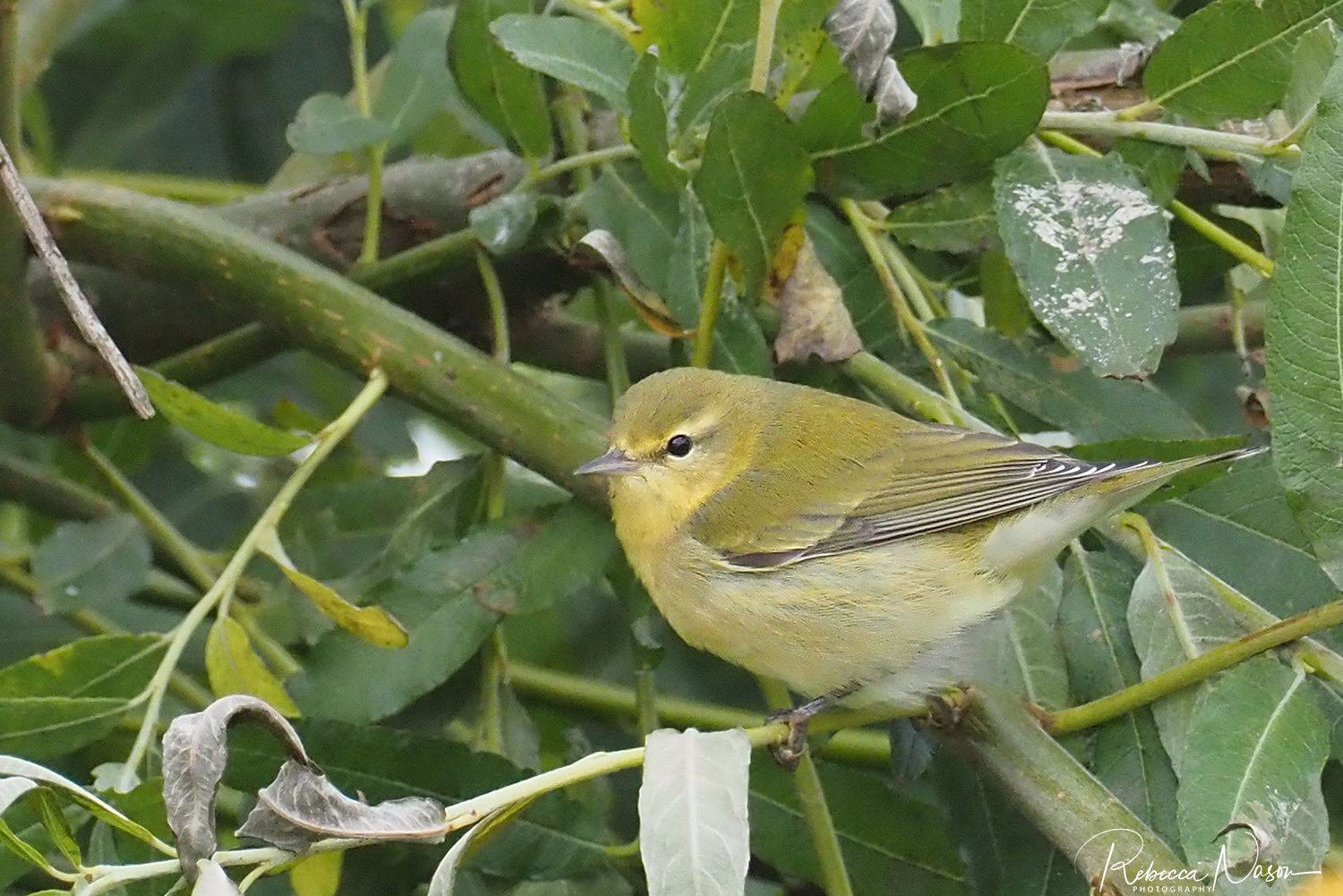 By early evening, the first images of the Tennessee Warbler were appearing online – including this one from Shetland photographer Rebecca Nason.

It comes on the back of an excellent run of North American landbirds in the north-western reaches of the Western Palearctic over the past couple of weeks, following two fast-moving depressions traversing east across the North Atlantic from north-east Canada. The former delivered the Western Palearctic's first Yellow-bellied Flycatcher to Tiree, Argyll, on 15 September (read John Bowler's account of the find here), while the second hit Iceland and latterly western Norway on 20-21st, producing Alder Flycatcher, Swainson's Thrush, Tennessee Warbler and several American Buff-bellied Pipits in the former nation and then a sensational warbler double in Norway on 23rd.

It's highly likely that the Yell Tennessee Warbler arrived in Europe on the latter of these two systems and, given the circumstances of its appearance today, more than a week after the weather passed, Shetland is presumably not where it first made landfall on this side of the Atlantic – that is unless it has been hidden away somewhere on the isles for the past week. In recent days Shetland has been receiving a north or north-easterly airflow, with a noticeable arrival of continental migrants including decent numbers of Yellow-browed Warblers. Although hypothetical, it seems reasonable to think that this bird may have arrived further north last week, most probably on the west Norwegian coast, and is now filtering south, arriving among Palearctic migrants making a similar journey. 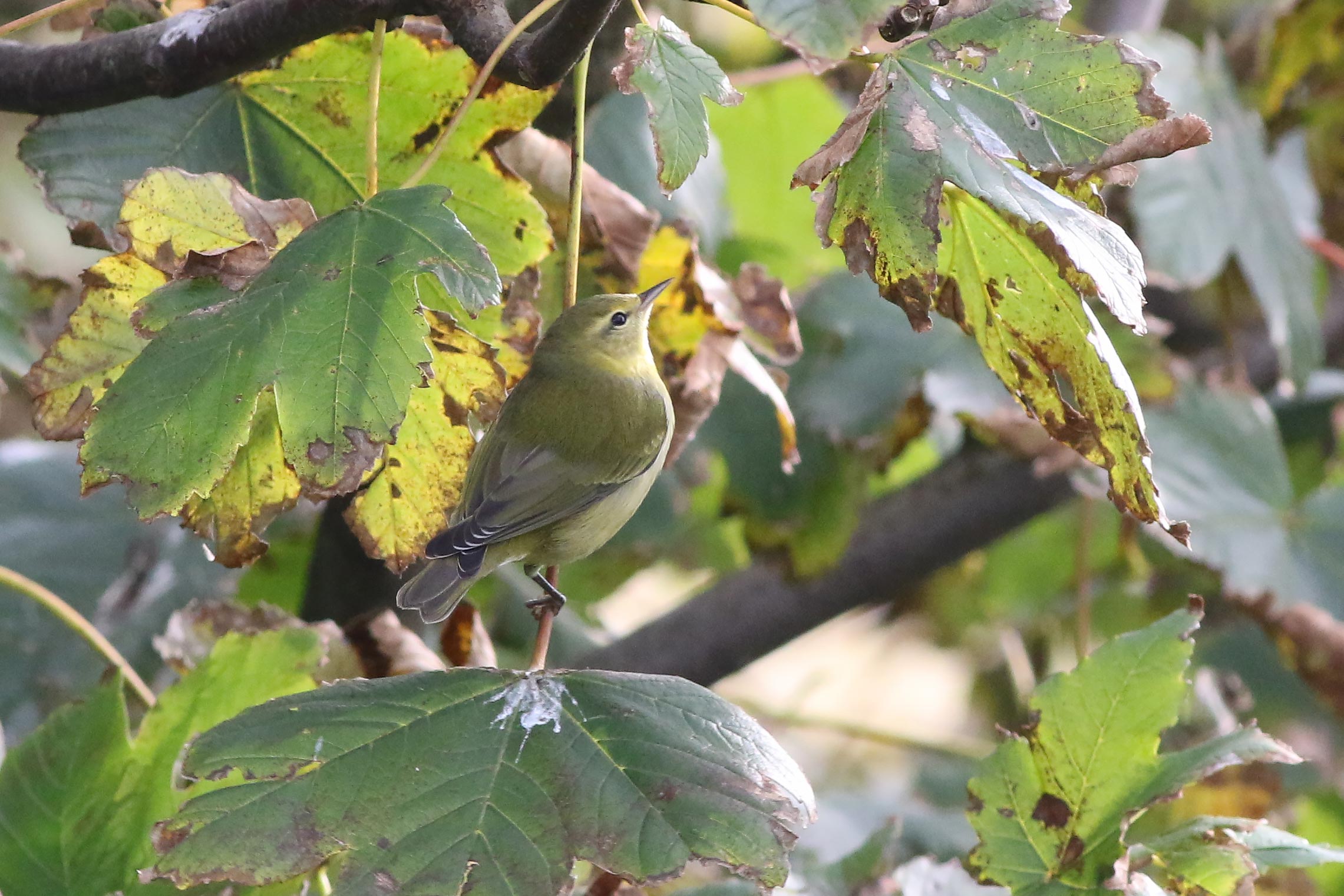 Tennessee Warbler is a subtle beauty, showing a Wood Warbler-like combination of lime-green upperparts and yellowish supercilium and throat – although the underparts are more extensively washed yellow than in the European species, more in the fashion of a juvenile Willow Warbler. As well as the pale tips to the greater coverts, which create a faint wingbar, note the short tail and spiky bill shape, while the dark primaries show attractive white tips (David Cooper).

Tennessee Warbler is a bit of a September speciality in Britain, with the month hosting all five British sightings of this North American species. The first for Britain was found on 6 September 1975 on Fair Isle, lingering a full two weeks and being trapped and ringed on 18th. Sensationally, a second individual was found on the same island on 24th – just four days after the first had departed. Orkney then chipped in with the third British record, when one was found at Holm on 5 September 1982. It lingered three days, being trapped on the latter date. Thirteen years passed until the next appeared, this being the aformentioned one-day wonder on St Kilda.

As such, this is one of the most desirable Nearctic wood warblers on the British list, having been seen by precious few birders over the years. Should the Yell individual linger any period of time it will no doubt prove hugely popular with twitchers, both from around the islands and also further afield, and possibly even challenging the recent Yellow-bellied Flycatcher for some birders' bird of the autumn.

Looking further afield, the Yell Tennesse Warbler is just the 14th of its kind to be seen in the Western Palearctic. The first regional record came on 14 October 1956, when one was found dead on the Snaesfellness peninsula in western Iceland. Following records in September 2019 and again just last week, on 22 September 2020, when one was found trapped in a house in the north of the country, Iceland has now logged three Tennessee Warblers.

In 1984, one was trapped and ringed at Sumba, Suðuroy, Faroe Islands, on 21 September; this remains the only record for the archipelago. Making up the rest of the WP tally, the Azores has logged five Tennessee Warblers since the first on Corvo on 21 November 2005. The famous island also recorded birds in the Octobers of 2011, 2012 and 2017, while there is a single occurrence from neighbouring Flores on 7 October 2010.

Keep up to date with news on this bird and other breaking rarities at www.birdguides.com/sightings or via our all-new bird news app. 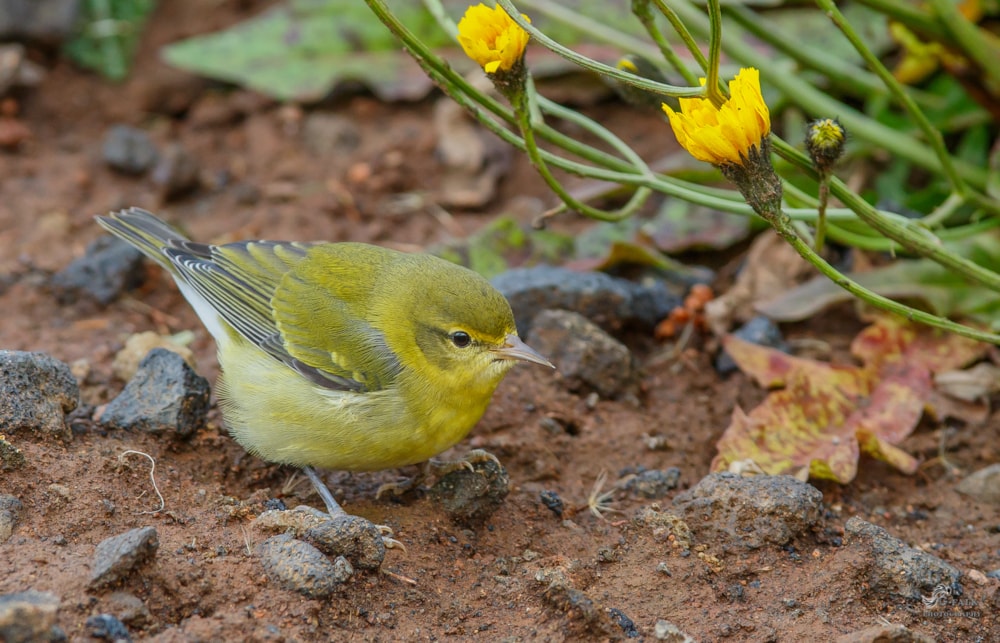