A new 10-year management plan has been agreed between National Grid Electricity Transmission and the Langdyke Countryside Trust to look after the future of Bainton Heath reserve in north Cambridgeshire.

The agreement means that the 10-ha site near Peterborough will be maintained until 2032 and contributes to National Grid's target of delivering environmental value as part of its commitment to Ofgem across non-operational estate.

Bainton Heath lies within the area of the John Clare Countryside, the setting for an ambitious nature recovery project that was launched by the Langdyke Countryside Trust in 2019.

The site was a former tip for waste ash from power stations, but has since been colonised by a variety of flowers, mosses, lichens, butterflies and birds. It also hosts strong breeding populations of summer migrants, including Reed and Grasshopper Warblers.

One of the first projects that Langdyke will tackle following the agreement will be to instal areas of deer-proof fencing to stop the mammals from browsing the lower branches of trees and scrub - something that has resulted in a drop in the number of Common Nightingales at the site. It is hoped that numbers will soon recover once the work has been done. 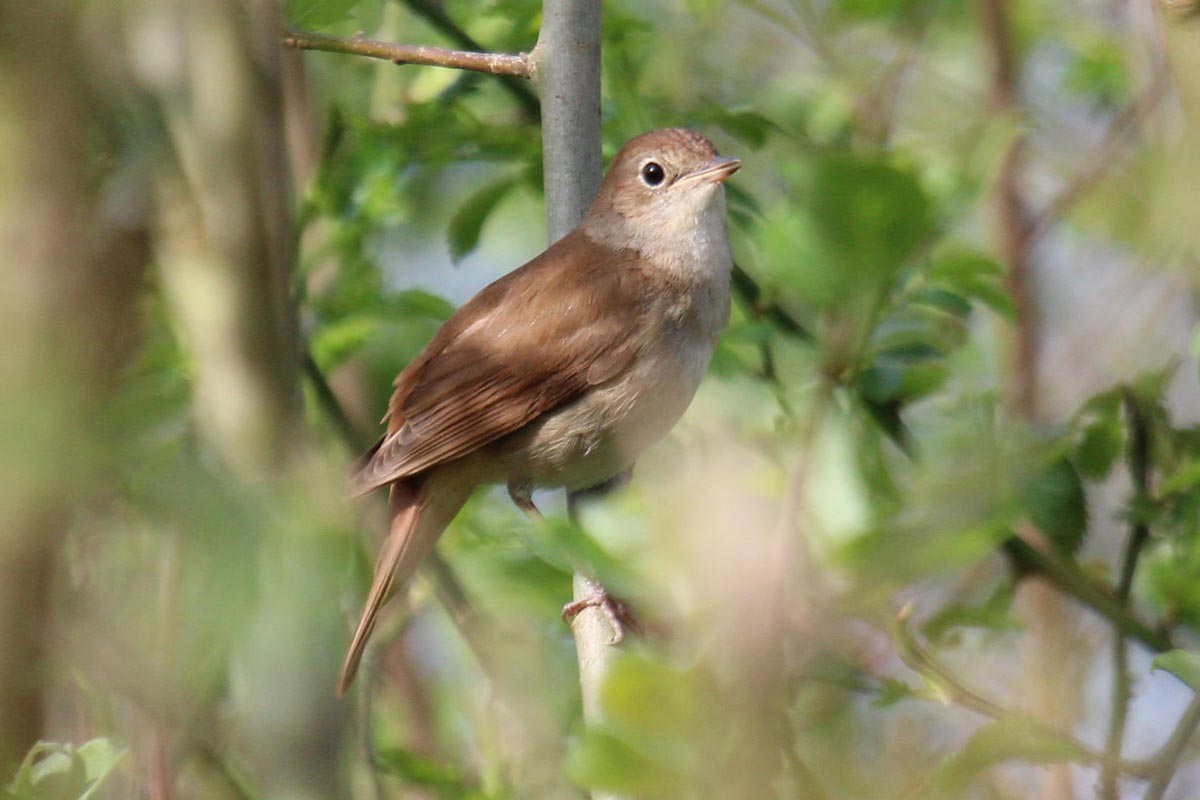 The installation of deer-proof fencing at Bainton Heath will help to regenerate scrub and see a recovery in the Common Nightingale population (Chris White).

National Grid's Land Sustainability Strategy Manager, Helene Parpworth, said: "We are really pleased to be able to announce this new partnership for a unique ecological site. We initially leased the site to the Trust for a three-year period but the new agreement will see National Grid sponsoring the site which will enable conservation measures go above and beyond current levels.

"Our enhanced habitat management plan will include increasing the number of guided walks, educational and volunteering days and greater involvement with local communities."

Richard Astle, Chairman of Langdyke Countryside Trust, added: "The announcement is excellent news for the site, its wildlife and local communities. There is plenty of work that we are looking forward to undertaking at Bainton; at present parts of the site are very overgrown and without active management areas will be lost to larger more dominant vegetation, putting at risk the future of many of the sites flowers, lichens and insects."

Although not open to the public, visits are occasionally arranged by the Trust. For further information please see Langdyke Countryside Trust.