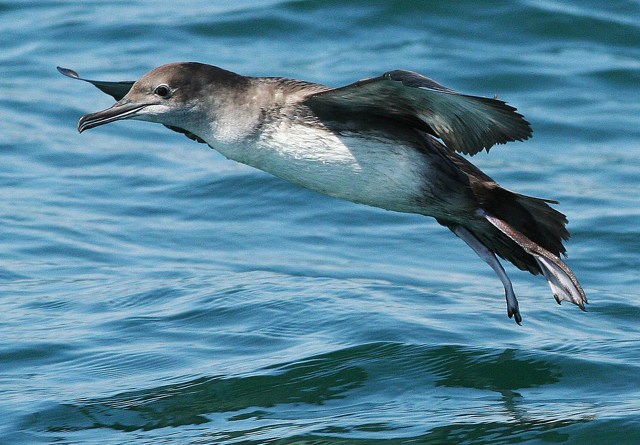 Around 10% of the world population of Balearic Shearwaters has visited UK inshore waters this summer and autumn, with more than 1,200 birds being recorded from just one watchpoint near Land's End in Cornwall. The findings come from a new survey, led by scientists at the National Oceanography Centre, Southampton (NOCS) in collaboration with the RSPB, which has been monitoring numbers of the birds off the coast of southwest England.

Balearic Shearwaters are the only European seabird to be classified as Critically Endangered on the recently released 2007 International Union for Conservation of Nature and Natural Resources (IUCN) Red List. They could become extinct by 2050 if current rates of decline continue. Dr Russell Wynn, who is co-ordinating the SeaWatch SW survey, said: "Balearic Shearwaters leave their Mediterranean breeding colonies in late summer and head for richer feeding grounds along north Atlantic coasts. The numbers recorded during the survey this year show how important our inshore waters are to this highly vulnerable seabird".

The survey builds upon new research recently published in the Royal Society journal, Biology Letters, which highlights global warming as a key driver behind the upsurge in UK Balearic Shearwater sightings. Dr Wynn and colleagues showed how northeast Atlantic sea surface temperatures rose by 0.6°C in the mid-1990s, triggering a northwards shift in the Balearic Shearwater's prey fish species and with it the birds that feed on them.

"Just 20 years ago Balearic Shearwaters were scarce visitors to southwest waters, but they are now regularly recorded from headlands throughout the UK. Since 2003 we have even started seeing birds staying throughout the winter off Cornwall and the Isles of Scilly, which is a completely new phenomenon linked to elevated winter sea temperatures," said Dr Wynn. 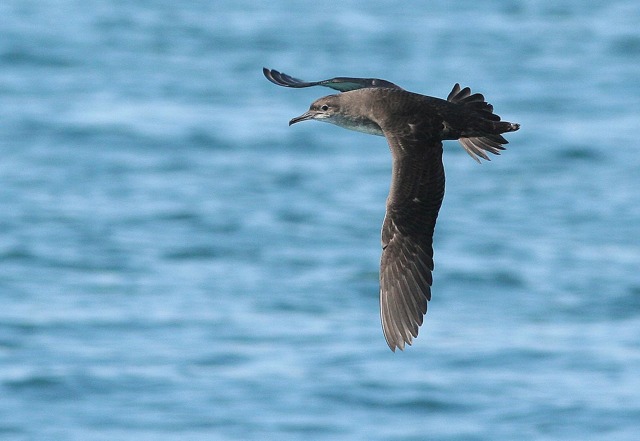 Changes in fish distribution and abundance mean that many Balearic Shearwaters are being forced to migrate 20% further - over 400 miles - in search of food than they did a few years ago. Experts say the effects on survival of individual birds are hard to assess, but could well be contributing to the species highly endangered status. Dr Wynn added: "Climate change is often perceived to be a future threat, but the reality for our marine fauna is that it is happening now. Species towards the top of the food chain are having to respond very rapidly in order to survive, and some are going to be pushed to extinction if they fail".

Marine wildlife faces a variety of other threats in addition to climate change, but enjoys little or no legal protection in UK seas. The RSPB, along with other conservation organisations, is campaigning for the Government to include a Marine Bill in this year's Queen's Speech. The draft Bill includes proposals for a new system of marine planning and licensing, modernising fisheries management and the introduction of Marine Conservation Zones.

The RSPB's southwest seabird specialist, Helen Booker, said: "The Government has recently placed Balearic Shearwaters on its new 'BAP list' of priority species needing conservation action, because the birds face an extreme threat of global extinction. "It now has a chance to demonstrate its commitment to saving the UK's wildlife is more than just a token gesture by making sure it introduces this new protection for marine species." More than 120,000 pledges of support for the Marine Bill to be included in this year's Queen's Speech will be delivered to the Prime Minister by the RSPB this Wednesday (17th October).

The 2007 SeaWatch SW survey finishes on 15th October. The project is scheduled to continue for five years. Daily sightings and photos taken from the survey watchpoint near Land’s End can be found on the project website at: www.seawatch-sw.org
Written by: RSPB
Login to leave a comment
Return to List