A Tawny Owl has been rescued after it got stuck in a kitchen pipe in Lincolnshire.

A homeowner who heard "scuffling" in their kitchen wall was shocked when the source of the noise turned out to be a wedged owl. Firefighters eventually managed to free the trapped bird from the house in Spalding, Lincolnshire, by removing bricks from a wall and gaining access to a pipe. 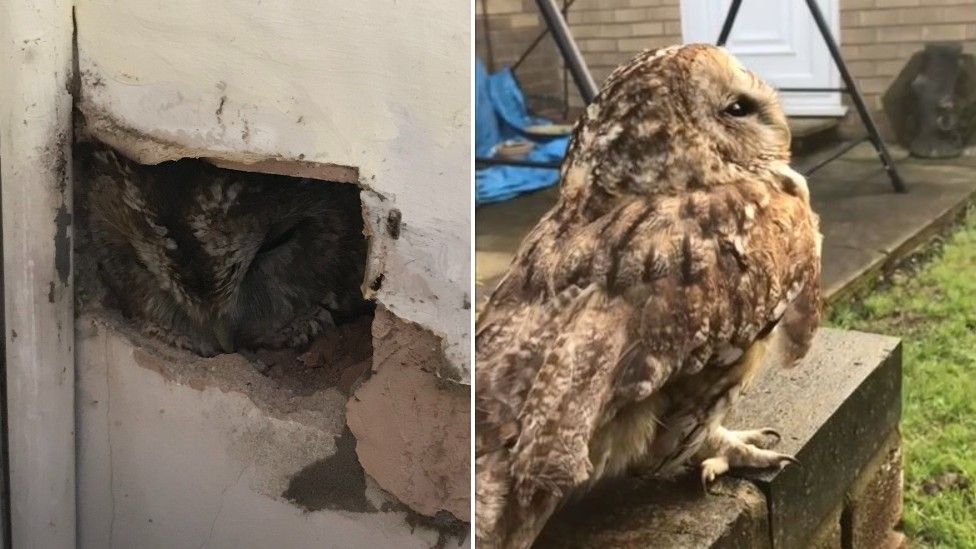 The Tawny Owl before and after it was rescued from the kitchen pipe (RSPCA).

The RSPCA said the animal had fallen down a chimney and was unable to free itself. RSPCA inspector Kathleen Burris said they were called after the homeowner reporter "scuffling" behind a wall then spotted the bird looking through a hole above the kitchen cabinets. She added: "We could see the poor fella through a hole in the kitchen but it was too tight for the owl to squeeze through. We carefully tried to open the space in the kitchen but he dropped to the bottom of the pipe.

"We then had to remove a few bricks on the outside wall which gave us enough space to break the pipe and get him out. Thankfully, the homeowner was more concerned with the owl than the mess."

The owl was checked over by a vet and later returned to the wild after being set free the in the garden of the house.