A Tawny Owl has been rescued after getting caught up in a fishing line.

Brinsley Animal Rescue in Nottinghamshire said the male owl was in a "very sorry state" when it was brought in. 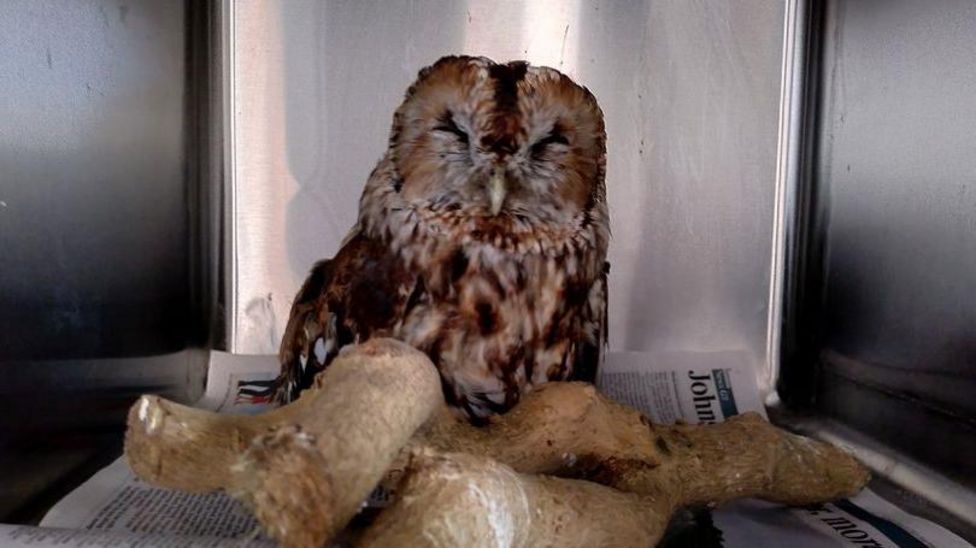 Rescuers found the owl's feathers had been badly damaged by the line (Brinsley Animal Rescue).

The line had become wrapped the owl's body and wing, causing substantial damage to his feathers. Centre staff carefully removed the line and were relieved to find there were no serious injuries.

In a Facebook post, the centre said: "Owls hunt and so need to be in tip-top condition to survive, he will therefore need to be kept for many months in an aviary until he has moulted and grown new feathers."