Governments throughout the Mediterranean have agreed the need for tougher penalties and stricter surveillance in order to enforce a new "zero-tolerance" policy that seeks to clamp down on the annual slaughter of millions of migratory birds in the region.

An estimated 25 million birds are killed every year in the Mediterranean as they migrate between Europe and Africa, leading to the rapid decline of species like the now vulnerable European Turtle Dove, whose numbers have dropped by up to 90 per cent in some countries since 2000.

To curb the slaughter of migratory birds, which are shot, glued to sticks or trapped in nets, governments meeting in Egypt this week have agreed on a raft of strong political commitments that include calls for heavier penalties and increased surveillance to better counter offenders. This includes the deployment of more rural police to deter poaching.

These commitments were included in the Cairo Declaration, which was adopted last Thursday [14 July] at the first ever meeting of the Intergovernmental Task Force on Illegal Killing, Taking and Trade of Migratory Birds in the Mediterranean, a meeting convened by the Convention on the Conservation of Migratory Species of Wild Animals (CMS) — an intergovernmental treaty administered by the United Nations Environment Programme.

"Birds are being hunted down, trapped and slaughtered on an industrial scale as they make their long journeys across the Mediterranean," said Bradnee Chambers, Executive Secretary of the CMS. "This senseless slaughter has triggered an alarming decline in many species.

"But it's not just the birds that suffer. International criminal networks are cashing in on an illegal trade that stretches from the Gulf to Italy, undermining security in countries throughout the region. Today's declaration in Cairo sends a strong message to criminals that these barbaric practices will no longer be tolerated."

The Task Force brings together the governments of countries bordering the Mediterranean, including Syria, Algeria, Malta and Morocco, as well as international organizations, the European Union, legal networks, hunting organizations, and NGOs.

Songbirds that breed in continental Europe and migrate towards their wintering grounds south of the Sahara, as well as pigeons, birds of prey and migratory waterbirds, are being killed in shocking numbers throughout the region. In Egypt, where an estimated 5.7 million birds are illegally killed every year, mist nets erected along the coastline extend for 700 kilometres. In Italy, which is thought to have the highest number of illegal killings in the EU, an estimated 18 birds are killed per square kilometre every year.

While some communities depend on these birds for subsistence, illegal activities are on the rise as criminals cash in on the highly lucrative trade. The birds are sold to restaurants, which offer them as delicacies, kept in captivity, traded in markets and caught for falconry.

Smuggled dead or alive, songbirds, including finches, pipits and larks, make up the vast majority of traded birds. Birds of prey, particularly falcons, are mostly sent to countries in the Arabian Gulf, where demand is growing. A large number of these trapped birds do not survive the smuggling chain. Many die in captivity.

To crack down on these illegal activities, which are reducing avian biodiversity across much of Europe and Africa, the Task Force has identified 20 key hotspots where these practices are particularly rampant in the Mediterranean, including Italy, Cyprus, Egypt, Syria, Malta and Lebanon. 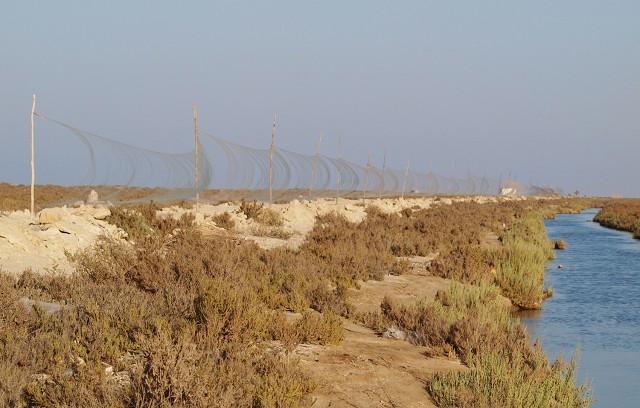 A recent BirdLife International report identified three individual locations — the Famagusta area in Cyprus, the Menbej-Tishreen Dam area in Syria and the El Manzala area in Egypt — where, staggeringly, greater than half a million birds are being illegally slaughtered each year in each location.

While the specific measures needed to tackle bird crime will vary for each country in the Mediterranean, the Task Force has agreed to strengthen three key areas as part of the Cairo Declaration's zero-tolerance approach to this type of wildlife crime:

In addition, the Task Force has also adopted a detailed Programme of Work until 2020. A scoreboard will be prepared to measure the progress of the POW.

The Egyptian Minister of the Environment, Dr Khaled Fahmy, said: "You can rest assured that we will consider carefully the recommendations of the Task Force meeting on the illegal killing of birds and we will be the first ones to implement them in Egypt."