Tanzania's Selous Game Reserve, one of the last areas of untouched wilderness in the world, could face permanent damage should construction of a proposed hydroelectric dam go ahead. This important World Heritage Site contains multiple ecosystems that support a myriad of animal species, including Malagasy Pond Heron, as well as Lions and African Elephants.

In late April, the Tanzanian government confirmed plans to clear an expansive swathe of vegetation inside Selous, with a hydropower dam expected to be created. However, this decision is in breach of Tanzanian environmental legislation, and also goes against the World Heritage Committee position against dams with large reservoirs being built on World Heritage Sites. 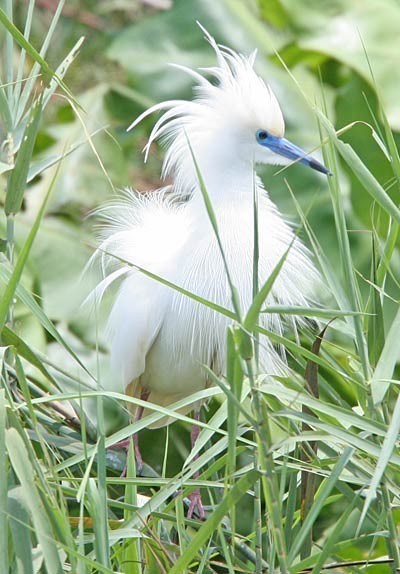 Malagasy Pond Heron is one of the endangered species that would have crucial habitat diminished via the creation of the dam (Andrew Moon).

Selous is an almost entirely undisturbed tract of wilderness roughly the size of Switzerland, and the largely untouched habitat hosts a long list of species typically associated with the savanna regions of Africa. The largest population of African Buffalo on the continent is found on the reserve, and it is an internationally important wintering site for Malagasy Pond Heron, which is listed as Endangered by BirdLife International. This species is highly threatened by a loss of habitat, and consequently the extensive wetlands of Selous is a key refuge.

Clearing land for the dam would directly impact the species within the reserve, which is also an Important Bird and Biodiversity Area (IBA) and Key Biodiversity Area (KBA). Large areas of habitat would be greatly reduced, and there would be indirect consequences too, with environmental conditions around the proposed dam altered. Furthermore, the creation of more roads could open the land to poaching.

The project, which is expected to generate 2,100 megawatts of electricity, will be used to power the Tanzanian standard gauge railway, with the remainder for industrial and domestic use. It's expected that the dam will be built on the reserve's Rufiji River, which flows into the Indian Ocean, with construction work planned to commence in the coming months. Selous has already suffered from the passing of a logging tender by the Tanzanian government this year, with the intention to sell standing trees to the highest bidders.