However, swift and appropriate action from local partners of the BalkanDetox LIFE project, the Macedonian Ecological Society (MES), prevented a potential disaster.

Working together with the relevant authorities, MES launched an investigation into the event as well as the non-harmful removal of the poisoned dogs. In the meantime, the situation became much more serious as they learned that two Griffon Vultures constantly monitored with GPS transmitters were preparing to land in the area where the poison was located. 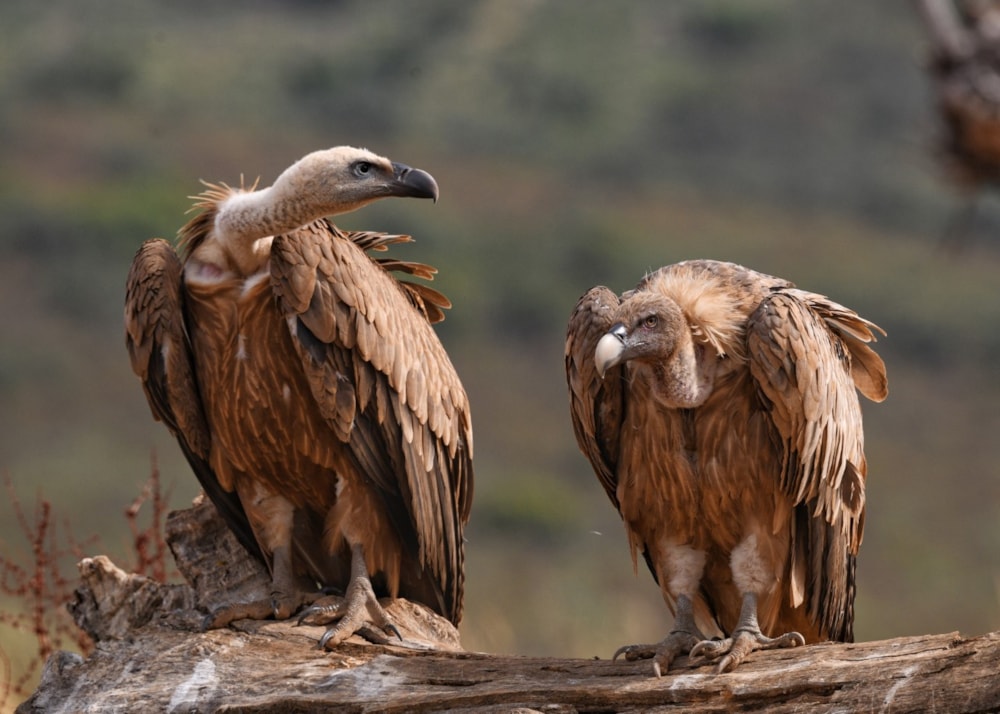 A large proportion of North Macedonia's tiny Griffon Vulture population tried to feed on the poisoned dogs at Vitolishte, but rapid action from local authorities spared their lives (Comghal McQuillan).

The two vultures are part of the ongoing BalkanDetox LIFE project's innovative initiative to track poisoning incidents, save poisoned wildlife and prosecute wildlife criminals by tagging and intensively monitoring all Griffon Vulture colonies in the Balkans.

Since Griffon Vultures are considered to be social birds and often fly in flocks, the realistic number of vultures in the area was suspected to be higher than two. If the vultures reached the poisoned animals, it could have potentially wiped out the species from the country.

MES contacted the local border police and informed them of the potential catastrophe. They soon sent out a team to the location where the Griffon Vultures landed to drive them away before they could have the chance to feed on the poisoned animals. After one hour of trying, the police were successful in their efforts and 18 vultures in the vicinity left without coming in contact with the poisoned carcasses.

On the same day, a team from MES arrived at the village of Vitolishte to ensure that there would be no further poisoning in the area. With support from the municipality of Prilep, the next day an inspection team from the Ministry of Interior Affairs and a communal inspector arrived to conduct an investigation into the event and ensure that appropriate measures were taken to clear up the case. They carried out a field inspection around the area and, fortunately, did not find poisoned wildlife. They further informed the public prosecutor of the event, and hopefully, an adequate investigation led by the authorities will follow.

Illegal wildlife poisoning continues to be the biggest threat to the survival of vultures in North Macedonia and throughout the Balkan Peninsula. In fact, a study estimated that within the last 20 years, 2,300 vultures have died as a result of poisoning in the Balkans. As a consequence of this illegal practice, both Bearded and Cinereous Vultures have become extinct in North Macedonia. Additionally, the use of poison has led to the decline of Egyptian and Griffon Vulture populations to just a couple of nesting pairs. According to MES' last census, only 24 Griffon Vultures were present in North Macedonia.

The BalkanDetox LIFE project plays an important role in the fight against wildlife poisoning in the region as it strengthens national capacities and raises awareness about the problem across Albania, Bosnia and Herzegovina, Bulgaria, Croatia, Greece, the Republic of North Macedonia and Serbia. It is a five-year endeavour led by the Vulture Conservation Foundation with a €1.8 million budget funded from the EU's LIFE Programme, the MAVA Foundation and Euronatur.