Swans killed by catapults in Essex

Four Mute Swans have been killed in Essex, with the local police force stating that it suspects the perpetrators fired metal ball bearings from catapults.

Officers were called to the pond at Grange Hill in Coggeshall at 8.30 pm on Monday 2 January [2023]. Three of the swans were found dead and a fourth died while being treated at a local veterinary practice. 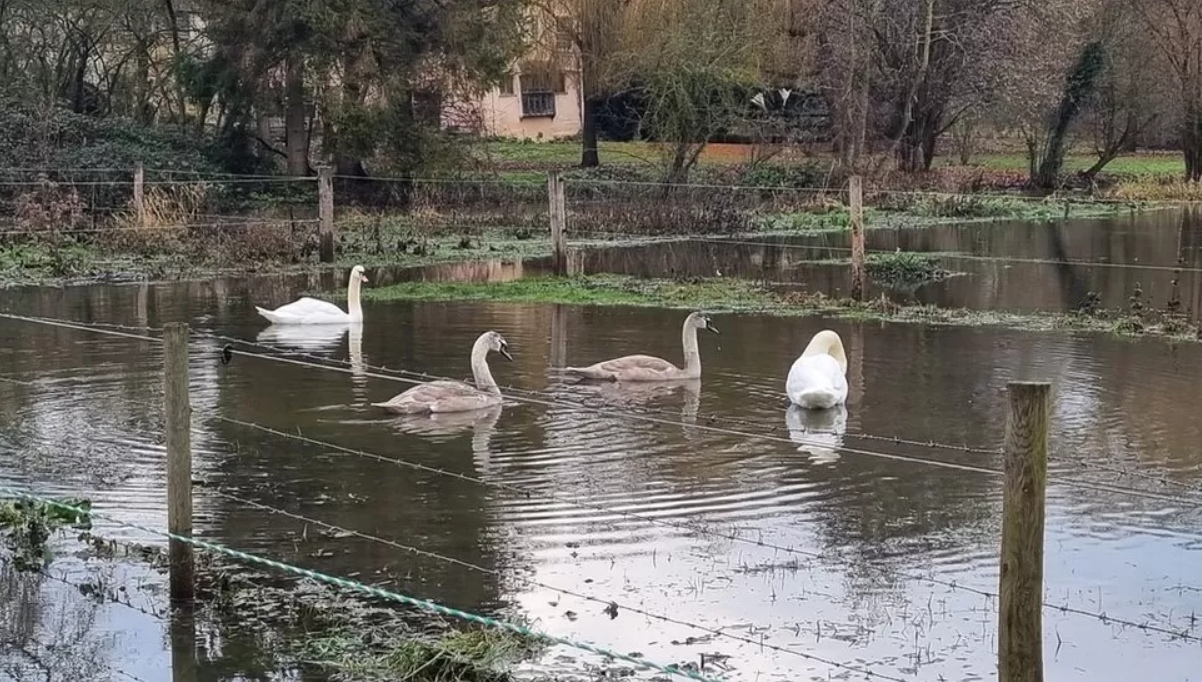 The Mute Swans, pictured on a previous occasion, were found either dead or injured at the pond (Crisy Rowley).

Essex Police said it was investigating under the Wildlife and Countryside Act 1981. The force asked anyone with information, such as doorbell or dashcam footage, to contact them and quote the crime reference number 42/892/23.

BK Waste Management, which provides waste services across Essex, described the killings as "shocking behaviour" and said itself and another company were offering a £2,000 reward to anyone who could provide information that led to an arrest.