RSPCA bosses have condemned the shooting of a Mute Swan in Cheshire.

The adult female bird had been shot in the head in what the charity has described as a "barbaric" killing. The swan was found on the River Weaver in Winsford on 22 August [2022]. 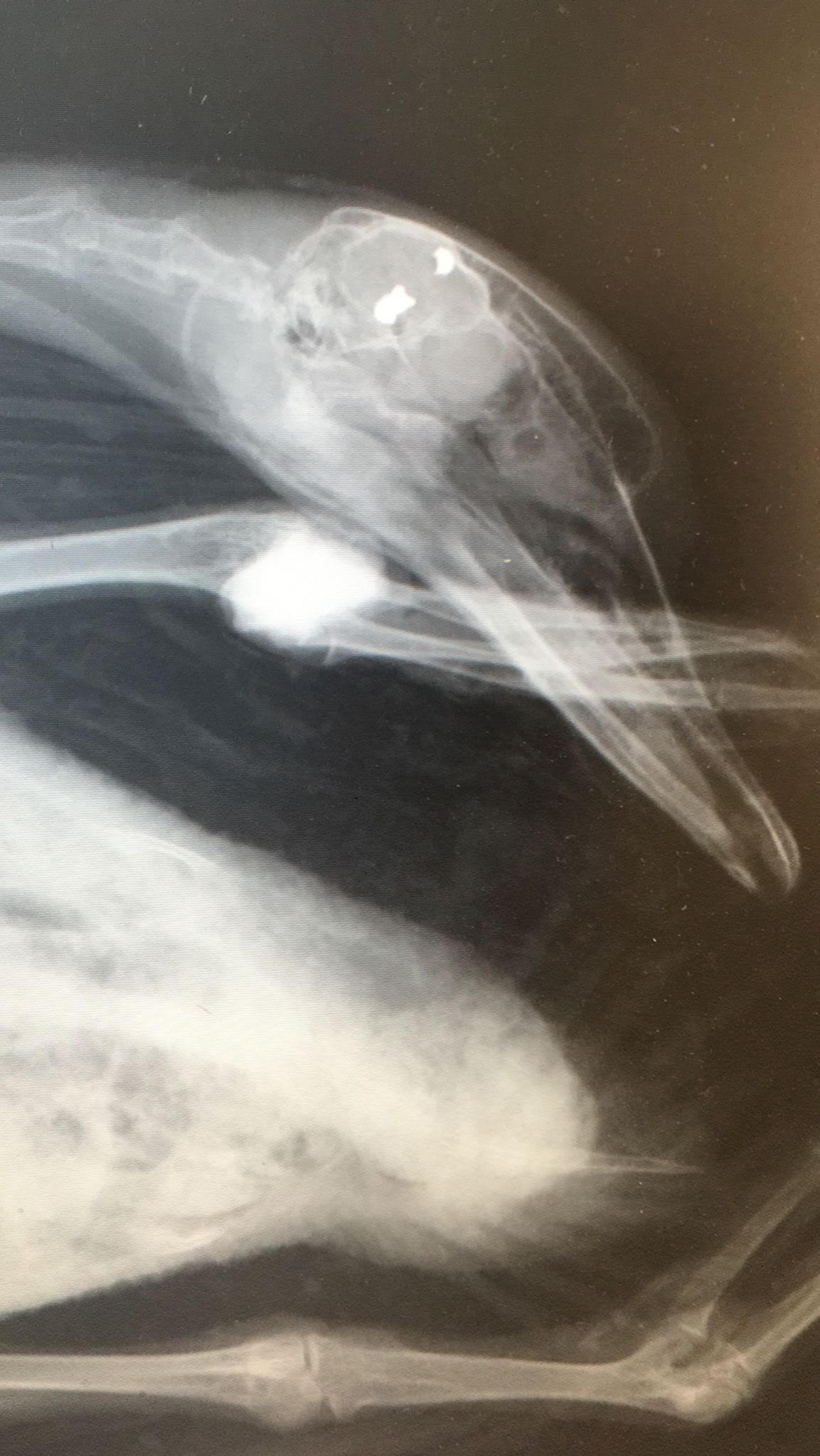 An x-ray revealed that the swan had been shot in the head (RSPCA).

X-rays taken at Stapeley Grange Wildlife Centre near Nantwich confirmed the swan had been shot in the head. It is believed it had been shot with an air rifle, with the charity receiving reports of two men seen firing air rifles on the river bank on the day the swan's body was discovered. Cheshire Police Rural Crime Team is investigating the incident and the RSPCA is warning people to be on their guard against perpetrators of wildlife crime.

The sad news comes as the charity has launched a Cancel Out Cruelty campaign on the back of many horrific attacks on wildlife. The RSPCA has thanked several members of the public for highlighting the senseless killing on the River Weaver, including wildlife enthusiasts Tanya Pickering, her daughter Elois and Charlene Gibson.

RSPCA Stapeley Grange Wildlife Centre manager Lee Stewart said: "It is extremely sad when we have cases like this brought to us and sadly it is far too common a reason for admission. Why are innocent and defenceless animals shot like this? With an ever increasing human population it is inevitable that we will see greater conflict between man and wildlife, but shooting innocent animals for fun is just barbaric and unacceptable."

Tanya Pickering added: "We could see it was a gunshot wound. It is awful and there have been reports of a Canada Goose being shot on the Weaver at Northwich as well in recent days."