Three Barn Owl chicks have been watched by hundreds of people around the world as part of a scheme to monitor the species in Sussex.

Viewers have been following the daily trials and tribulations of the three chicks, who hatched around six weeks ago in a nest box at a site in West Sussex. The box is one of dozens provided by the South Downs National Park Authority and Sussex Ornithological Society to help support the species.

Ornithologist Graham Roberts joined National Park ranger Angela Ward as the three owlets were ringed near their home at a barn near Midhurst. Graham said: "Barn Owls have been nesting at this particular barn for many years in the box provided by the South Downs National Park Authority. It's been great to watch the chicks live on the webcam and now see them for real.

"We have three young this year from the five eggs that were laid. The number of young tends to be determined by whether it’s a good year for voles or not and this year has been pretty good. We have three healthy chicks, varying in age from five and half weeks to six and a half weeks." 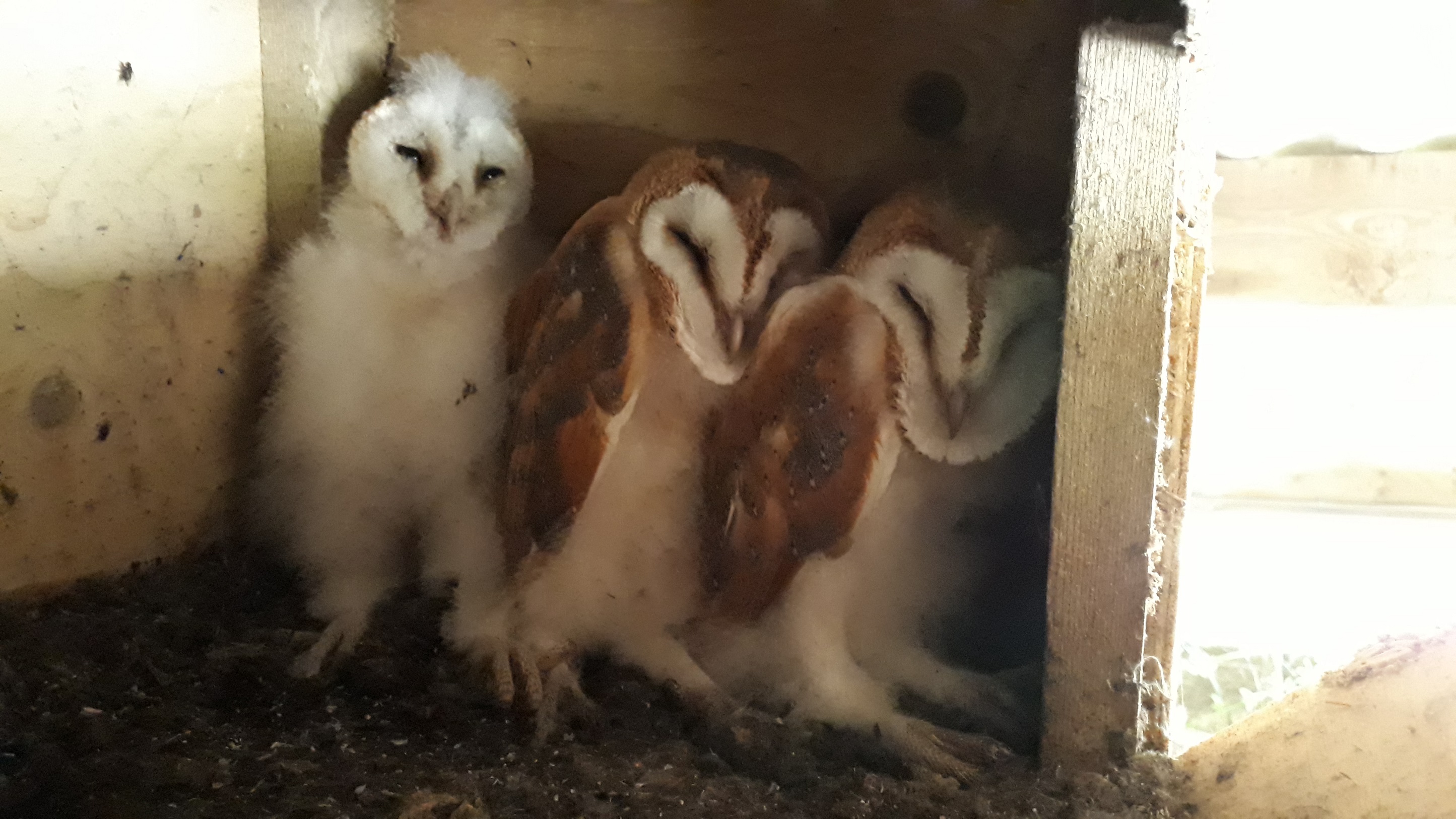 There are 97 barn owl boxes spread across the Wealden Heath area – which stretches from Petersfield to Pulborough – with dozens more across the rest of the South Downs National Park. Ms Ward said: "Barn Owls are just amazing. Obviously they are lovely to look at, but I think they're also a really iconic species of our countryside.

"They're a good indicator of the health of landscape. As a general rule, the more Barn Owls we have, the healthier the eco-system is. Landowners have a great affinity with Barn Owls because a long time ago they very often had an owl loft in a barn, but many of those barns have been converted or lost over the years.

"Most of the landowners are very keen to have Barn Owls back and put up nest boxes, but they don’t have always have the time to do. That's where the National Park comes in advising landowners on nesting sites and boxes. It's also helps us talk to landowners about habitat for, as well as all sorts of other species such as ground nesting birds, small mammals and everything going up into the food chain, with barn owls at the top of the food chain."