A farmer from Co Laois has been given a three-month suspended prison sentence for the possession of two dead Common Buzzards, which were found strung up on his land.

Desmond Crawford, of Mountrath, pleaded guilty to the unlawful possession of two dead buzzards at court on 15 October. The offence took place on 19 April 2020 at Clonadacasey, Mountrath, Co Laois. The offence was investigated by the National Parks & Wildlife Service (NPWS).

In his evidence to the Court, District Conservation Officer Mr Kieran Buckley of NPWS said that he, accompanied by two NPWS Conservation Rangers from neighbouring areas, travelled to Clonadacasey to investigate a complaint from a member of the public that two dead buzzards were tied up to an electricity post and a fence stake in cultivated fields. 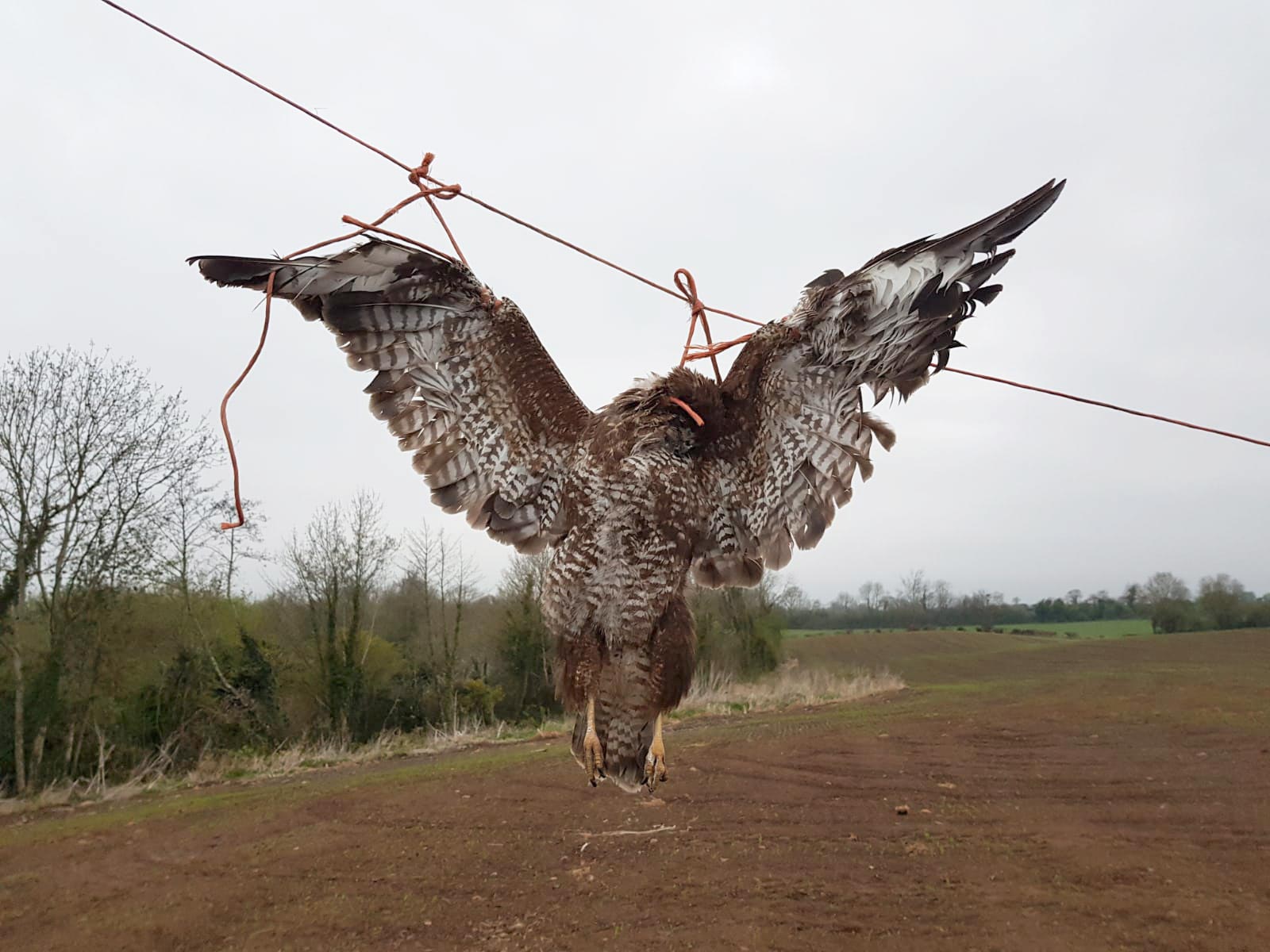 One of the Common Buzzards was found strung up by its outstretched wings (NWPS).

Upon arrival, the NPWS searched the area and found one dead buzzard strung up by its outstretched wings to an electricity post and another strung up by its legs to a fence stake. Following a line of inquiry, Mr Buckley established that Mr Crawford was farming the land where he found the two dead buzzards. Accompanied by NPWS Officers Robert Edge and Colm Malone, Mr Buckley then interviewed Mr Crawford under caution about the incident.

Mr Buckley told the court that the X-ray evidence left no doubt that both buzzards had been shot, adding that the tight pattern of the lead shot showed clear evidence that both birds were shot at close range. He added that given the time of year, the dead buzzards may have been a breeding pair. This, he said, would leave them vulnerable to being shot at their nest.

Common Buzzard is the most frequent casualty of bird of prey persecutions in Ireland, according to NPWS.

The defence solicitor, Josephine Fitzpatrick, said that Mr Crawford denied he had shot the buzzards, but he was very sorry for what he had done and apologised to the Court. 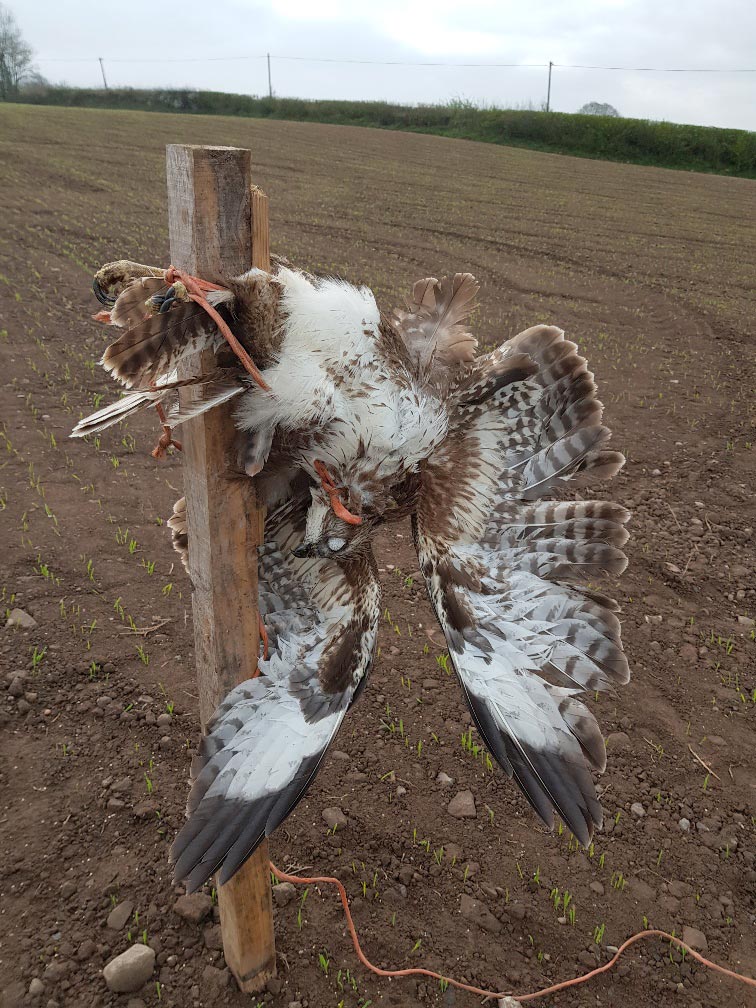 The other Common Buzzard was strung up by its legs on a fence stake (NPWS).

In her summation, Judge Catherine Staines expressed her abhorrence at the undignified manner in which two beautiful birds were displayed, saying it showed no respect whatsoever. It was, she said, "an example of a disgusting lack of respect in an outrageous act of wildlife crime".

Judge Staines then handed out a three-month sentence of imprisonment, suspended for one year.

John Lusby, Raptor Conservation Officer at BirdWatch Ireland, commented: "This was a heinous wildlife crime where two beautiful buzzards were shot and then hung out on posts wings outstretched. It is welcome to see the harder line being taken nationally to address wildlife crime and we thank the Minister for Heritage, Malcolm Noonan, for giving it much-needed focus.

"A clear strategy and sufficient resources for the new Wildlife Crime Unit and the ranger network to ensure that wildlife crime is stamped out and perpetrators are brought to justice is needed."