Survey results recently published by the Wildfowl & Wetlands Trust (WWT) reveal that the population of Pink-footed Geese may have dropped by around 100,000 in just the last two years. The majority of the world's Pink-footed Geese winter in the UK, having bred in Iceland and Greenland. They arrive in large numbers from their breeding grounds this month and conservationists will be counting them at roosts, mainly in Norfolk, Lancashire and Scotland, to see whether their fortunes have bounced back. Though the population is still estimated to be at least 250,000, and was once as low as 30,000 in the 1950s, the apparent drop of more than a quarter between 2009 and 2011 is possibly an early warning of changing fortunes.

WWT's Head of Species Monitoring, Richard Hearn, said: "What has apparently happened to the Pink-footed Goose population in just two years goes to show how quickly fortunes may change, even for a bird whose numbers have been steadily increasing for decades. We are very fortunate in this country to have a large and dedicated network of volunteers who help us keep tabs on these birds." 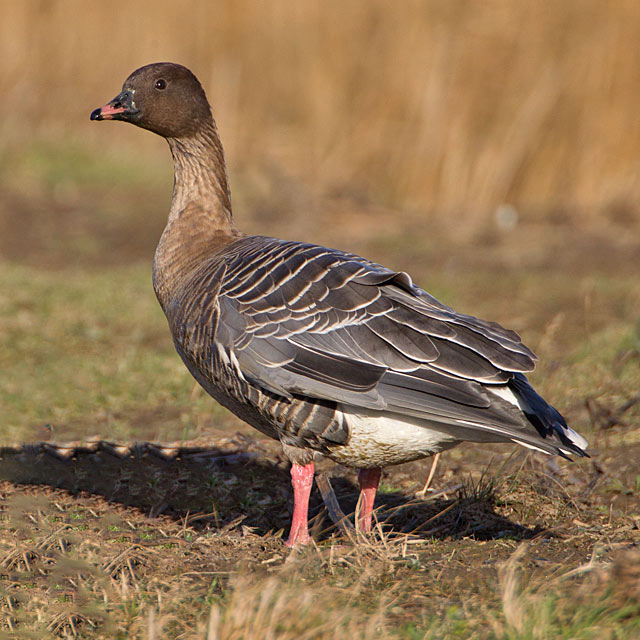 The main clue to the reasons behind the recent population decline is the proportion of young within the returning flocks, which shows how successfully they have bred. Last winter the birds returned with only 8.5% young — half the recent average — indicating that the 2011 breeding season was really bad. A lot of late snow in Iceland that summer may have forced geese to abandon their nests or it may have killed more goslings than usual. However, the decrease in 2010 was not preceded by a bad breeding season and scientists suspect that during the recent cold winters, more geese than usual died due to the tough conditions.

Richard Hearn continued: "When our surveys turn up something unexpected like this, we need to ask ourselves whether we think it is real or whether there's a glitch in our survey. We know the migration back from Iceland was late in 2011, so some birds may have been missed by the survey. However, two large declines in successive years suggest that numbers really have decreased significantly, even if it is not as great as the counts alone suggest. All this reiterates the importance of monitoring waterbird populations as frequently as possible and also highlights the value of additional data on breeding success as well as numbers." 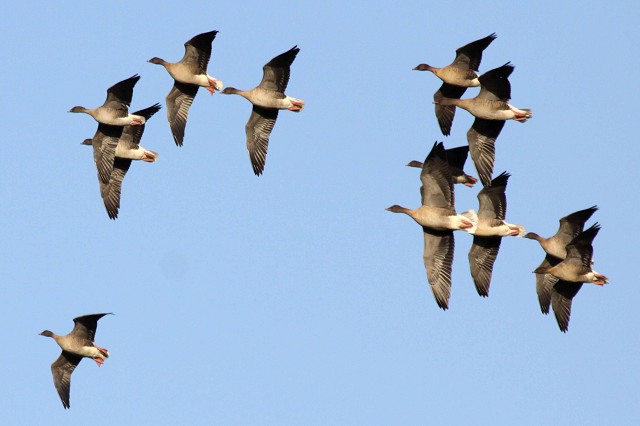 Experts will be paying close attention to the counts of Pink-footed Geese from this month and in November. A better breeding season combined with the warmer recent winter may mean numbers have bounced back. However, if the numbers continue to fall, investigation into the causes would be required. Counts of all goose and swan species are carried out each winter by dedicated volunteers throughout the UK, at wetlands such as Martin Mere in Lancashire, where up to 30,000 roost at any one time. The results are reported annually in WWT's GooseNews.

Anyone who would like to support waterbird conservation by volunteering their time and expertise to help with monitoring should contact the WWT species monitoring unit at monitoring@wwt.org.uk.