Plans for a vast new 'super' National Nature Reserve in Somerset have been revealed.

In a statement on 19 May, Natural England announced that it and its partners will protect 6,140 ha of important habitats in a landmark conservation move. The area combines six existing nature reserves and other land across the Somerset Levels, and the county's coast and moors. The 'super nature reserve' will be an integral part of the Nature Recovery Network in England.

A key area for wetland birds such as Eurasian Bittern, Bearded Tit and Avocet, the area is also crucial for Eurasian Otters, Adders and Great Crested Newts. Invertebrates set to benefit include Hairy Dragonfly, Silver Diving Beetle and Raft Spider. At least 49 booming male Eurasian Bitterns were recorded in the Somerset Levels in 2019 (James Gibbs).

Farmers in the area will be encouraged to manage their land in a wildlife-friendly way, while the Environment Agency will play a key role in turning ditches and streams into effective wildlife corridors.

Craig Bennett, Chief Executive of The Wildlife Trusts, said: "We welcome the announcement which we hope will enable more strategic management of land for wildlife, and we're looking forward to celebrating the Festival of National Nature Reserves.

"Working across whole landscapes is essential to tackling the twin nature and climate crises. Super National Nature Reserves provide a great opportunity to engage a wide range of people, including private landowners, to tackle some of the issues affecting our nature reserves that need action to be taken at a landscape scale." The Somerset Levels is an important area for Eurasian Otter (Will Bowell).

The government says the announcement, which comes on the 70th anniversary of England's first National Nature Reserve being created, shows how it is delivering on the Environment Act. This legislation sets a legally binding target for recovery of wildlife populations by 2030. Today were are 219 National Nature Reserves in England, amounting to 101,531 ha of protected land.

The announcement, which links Ham Wall RSPB with Steart WWT some 20 km away, follows on from the establishment of England's first super nature reserve in Dorset in 2020, which combined 11 priority habitats into a large-scale conservation area. 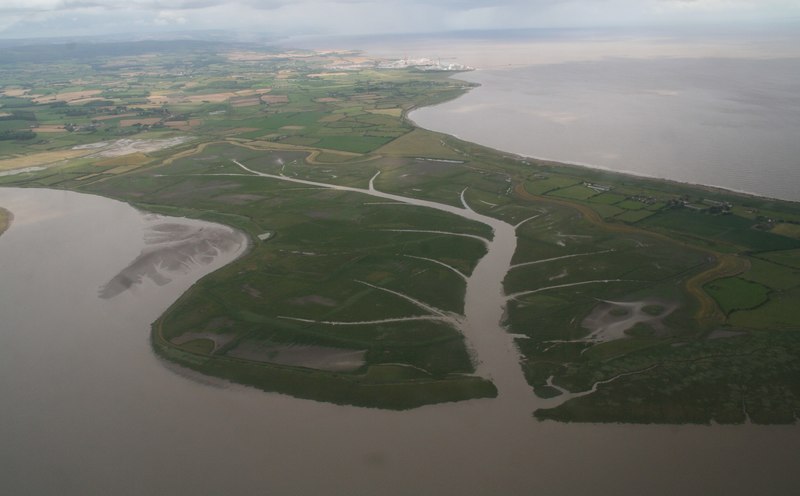 The landscape-scale nature reserve will link Steart WWT (pictured) with Ham Wall RSPB, 20 km to the south-east (Chris via Geograph)

Tony Juniper, Chair of Natural England, said: "Seventy years from the creation of our first National Nature Reserves in England these wonderful places are needed now more than ever, as we face into the challenges of global warming, wildlife decline and reconnecting people with the natural world."

Local residents and tourists will enjoy access to the area from major towns like Glastonbury and Bridgwater, meaning a potential boost to the local economy, as well as health and wellbeing benefits to the community. The area will play a key role in combatting the climate crisis as an important carbon store, being the second largest area of lowland peat in the UK.