The RSPB has confirmed plans to create a new 74-acre freshwater lagoon on its Boyton Marshes reserve in Suffolk, which would benefit a suite of coastal and wetland species.

By excavating grassland to construct a scrape and island, it's hoped the site would then be able to retain a greater number of breeding waders and terns, including Avocet and Sandwich Tern, as well as attract more wintering species, such as Eurasian Spoonbill and Ruff. 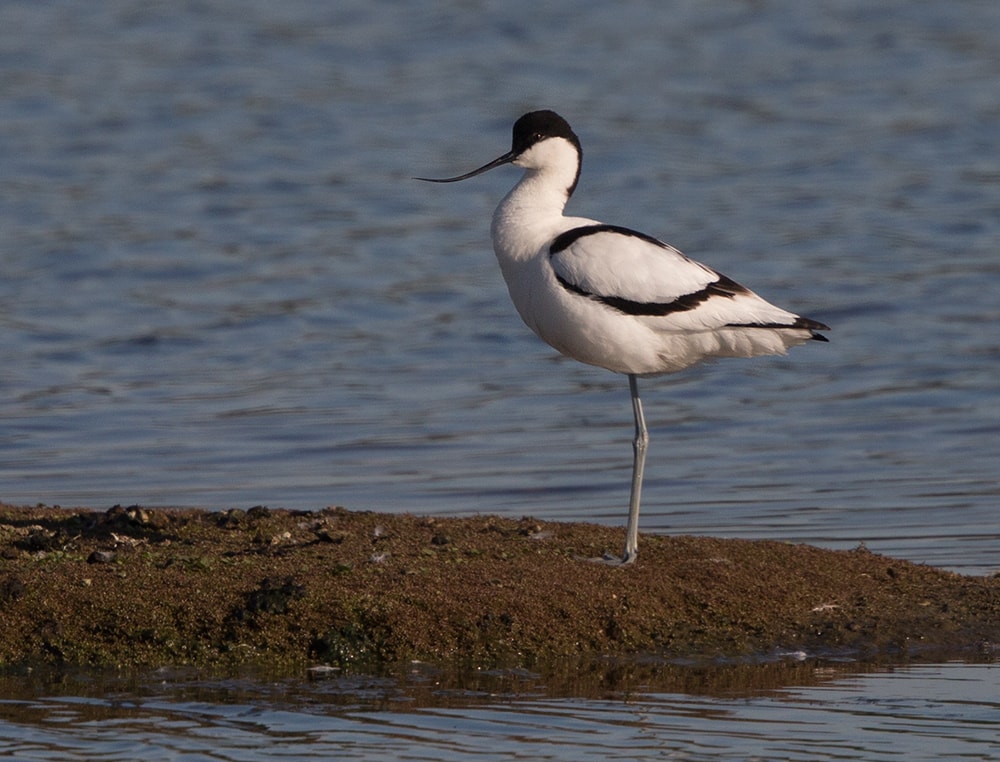 Avocet could benefit from the creation of a new freshwater lagoon at Boyton Marshes (Will Bowell).

Some 41,000 cubic metres of clay would be excavated to create the area on marshland at Flybury Point, on the opposite side of the river to Havergate Island, providing standing water and a mosaic of islands, with the water coming from natural springs and draining into the River Ore.

In a detailed report on the project submitted to East Suffolk Council, Aaron Howe, site manager at RSPB South Suffolk Coast, said: "Boyton Marshes has always held low numbers of breeding waders but in recent years numbers have been declining. This is possibly due to nearby Hollesley Marshes being more attractive following the creation of the new scrape in 2014 or increase in ground predators.

"The project has two primary aims: firstly it will help to offset the loss of the species (primarily Avocet) from Havergate Island caused by the recent colonisation by large gulls, and damage due to frequency of storm surges; secondly, the project will help to reverse the decline of breeding Northern Lapwing and Common Redshank on the Suffolk coast making a major contribution to the Suffolk Wader Strategy and increasing resilience to climate change.

"Secondary aims are to enable Sandwich and Common Terns to be retained as breeding species (and possibly also allow Little Terns and Ringed Plover to re‐establish), providing habitat for a range of passage and wintering wildfowl and encourage regular breeding by Eurasian Spoonbills."

Boyton Parish Council said: "We understand that construction will take place in a number of phases as funding becomes available, and that this initial phase will integrate well with the surrounding estuary landscape. We believe the project will attract new bird species to visit Boyton Marshes and will encourage biodiversity, while continuing the existing low-key appeal of the site. We therefore unanimously support this application."