Strangers in the woods

If you go down to the woods today you could be in for a big surprise, especially if you’re an Osprey at one of the RSPB’s nature reserves. Because at the wildlife charity’s Arne reserve in Dorset, some rather more static birds of prey have mysteriously appeared in the trees. The RSPB is attempting to encourage Ospreys to nest at Arne and Poole Harbour by putting some life-sized polystyrene Ospreys in man–made nests. And experts creating the illusion of birds already nesting in domestic bliss aren’t leaving any stone unturned, with the added 'decoration' of some white paint to imitate that they can feel relaxed enough to do everything at the site…. 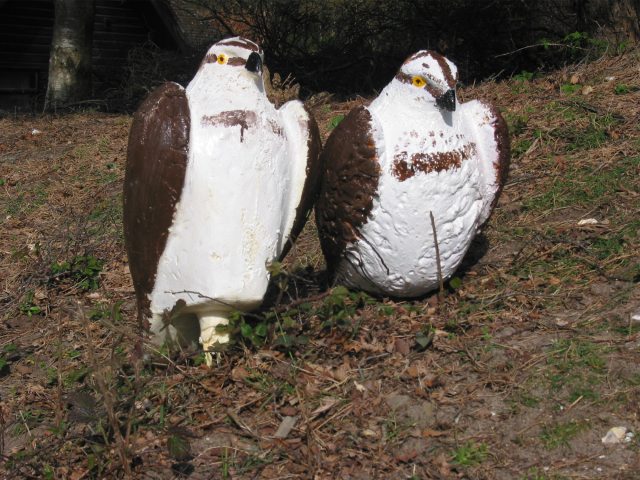 Ospreys regularly visit Arne in the spring and autumn on their way back to their wintering grounds south of the Sahara. Thousands of visitors enjoy incredible views of them perching on posts and in trees in Dorset, but if they stop to breed people would witness the adults hunting, feeding and raising their families. Poole Harbour is the most important site in Dorset for Ospreys. With the success of these magnificent birds in Scotland, North England and Wales and many birds spending time in the South, the RSPB, working with many other partners, is keen to encourage birds to breed in the Southeast and establish the birds as a flagship species at Arne and throughout Poole Harbour.

The low cost experiment is aimed at encouraging young male Ospreys that are less than three years old and older females that may have lost their partners to stay at the site. Experts believe that by placing plastic versions in the trees, the real Ospreys, which are extremely faithful to their previous nest site, might be tempted to go one step further and raise a family there. It is hoped that the model birds will fool the visiting birds into thinking that Ospreys have bred on the site before.

An Osprey’s nest or 'eyrie' is usually built in trees and constructed mainly from quite large sticks, with moss, bark or grass acting as a soft lining. A new nest is usually about six feet across and the artificial nests created for the model birds look very similar. Five nests have already been built in trees at Arne and two more have recently been added to another site in Poole Harbour. Two 'polyospreys' were added to the nests this week, so RSPB staff and Arne visitors are now waiting eagerly to see if the experiment is successful. 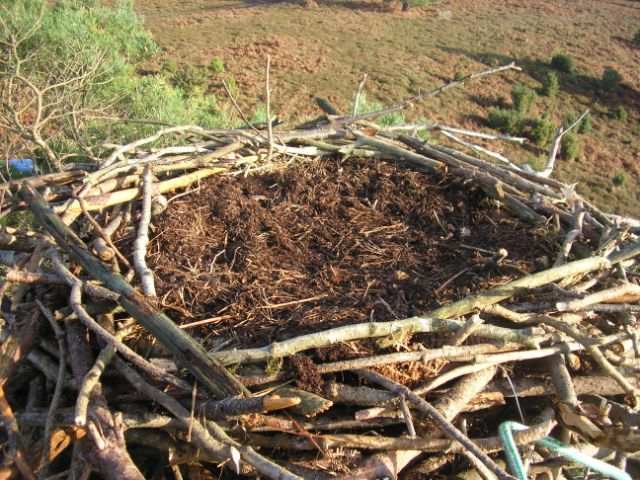 Mark Singleton, RSPB Arne Visitor Manager, says: "This is a really exciting experiment and one that has worked at other locations in Europe so we’re hopeful that before long we might just have some breeding Ospreys of our own. We have the world’s leading Osprey expert, author and broadcaster Roy Dennis, on board, and ideal flora and fauna and hunting grounds nearby. So with all the right elements in place all we can do now is keep our fingers crossed. If we did get Ospreys breeding at Arne it would be an amazing conservation success story and as well as improving the population and range of this magnificent bird a little more it would be fantastic for all our visitors."

Having birds in the south will be a major boost to the species, giving them a foothold in the other extreme end of the country which they don’t currently have. There is a better food source for Ospreys in the south than Scotland, where their current stronghold is. Ospreys were once made extinct in Britain for over 40 years but came back to breed in the 1950s. 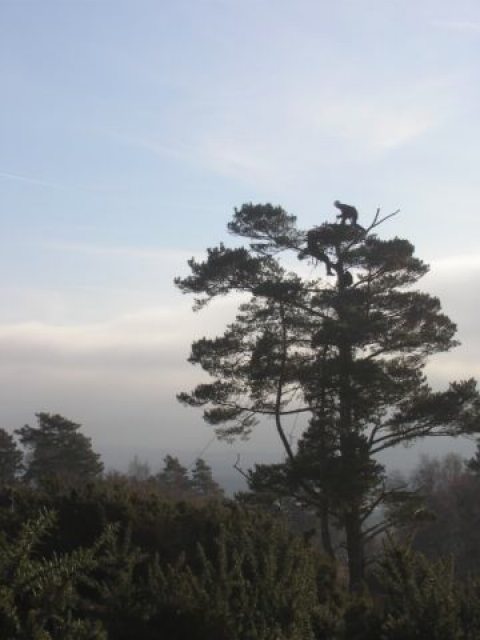 The Arne/Poole Harbour experiment is part of a larger project spanning the South Coast. The Poole Harbour project is being funded by Dorset Area of Outstanding Natural Beauty and is being carried out in partnership with The National Trust and Natural England.