Stonehenge has been criticised for the use of anti-bird netting in areas previously used as nesting sites.

Tim Daw, from Devizes, said he saw the plastic mesh while attending the annual summer solstice on 21 June. He said while he thinks the stones should be protected, he found it "very strange that birds could be causing that much damage". 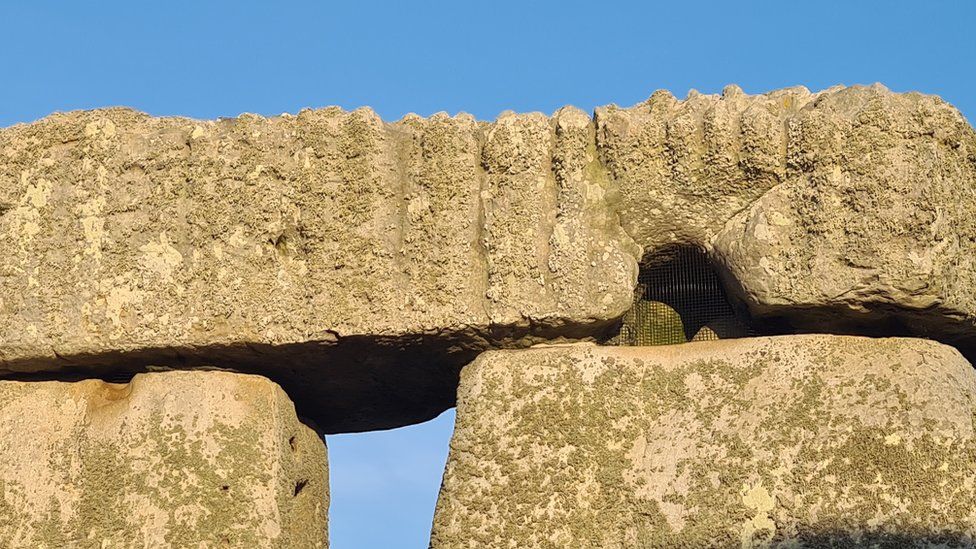 English Heritage, which runs the site, said it was put up to protect lintels from an increase in bird excrement.

Farmer Mr Daw told the BBC: "The birds are part of the heritage and part of the history of Stonehenge. It's the ancestral nesting place of the Daws ... [and they have been there] for at least 2,500 years, maybe even since the bronze age", he added.

Mr Daw said he is concerned about local bats too and wants to see the mesh removed but would "be interested" in seeing the research behind the sites decision. "Stonehenge is about nature and the natural world – it's not nice looking up and seeing some plastic," he added.

A spokesperson from English Heritage, who run the Unesco World Heritage Site, said they introduced the mesh screens beneath some monument lintels last autumn prior to the nesting season. They said the trial, conducted in consultation with Historic England, is being "closely monitored over a year's cycle".

They added the increase in excrement as the number of Jackdaws increased over lockdown was "damaging the rare lichens on the surface of the stone".