Wildlife rangers fear further deaths would put severe strain on the population of the globally vulnerable species. About 56% of the world's breeding Great Skua pairs are found in Scotland. 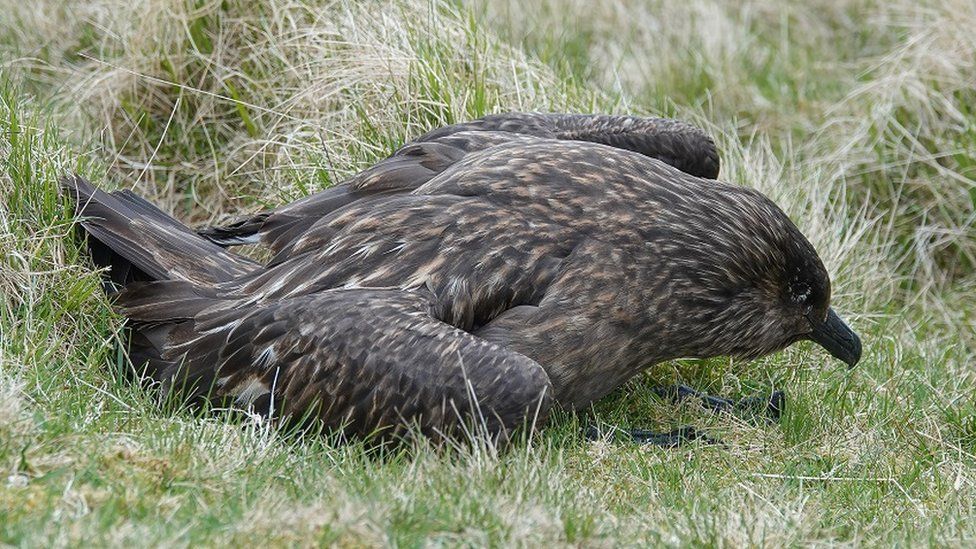 Bird flu was first confirmed last summer on St Kilda, a small group of islands and rocky sea stacks 65 km west of the Western Isles. Rangers on the island recorded about 60 dead bonxie last year, with tests confirming the presence of avian flu.

New casualties started to mount up from the end of April this year. "It is heart-breaking to witness," said Craig Nisbet, a National Trust for Scotland sea bird and marine ranger. He said counting dead birds had now become an increasing part of his job as a conservationist.

Mr Nisbet added: "If we are facing another year or two of avian influenza within the Great Skua population then their very existence is threatened. It is very worrying. This bird is on the verge of extinction if the outbreak continues."