As the international Spring Alive project begins again in February, it turns its attention to one of the most familiar and popular birds in the world: Swallow. Swallows used to breed in caves, but now almost always nest in the eaves of buildings — which means that they are familiar to almost everyone who has access to the wider countryside.

BirdLife International (the authority for birds on the IUCN Red List of Endangered Species) lists Swallow Least Concern, and its population size and range is huge. Nevertheless, the species has marked population declines in some areas which means their global population trend is listed as decreasing — in future this species might not be so common, unless people care for its future.

All along their migratory routes, children and adults will be excitedly preparing for the arrival of Swallows and other birds with Spring Alive, and the international project has now launched its 2016 season in February. The project is a BirdLife International educational conservation initiative organised by OTOP (BirdLife in Poland) that encourages children to take action for the conservation of the migratory birds they learn about. 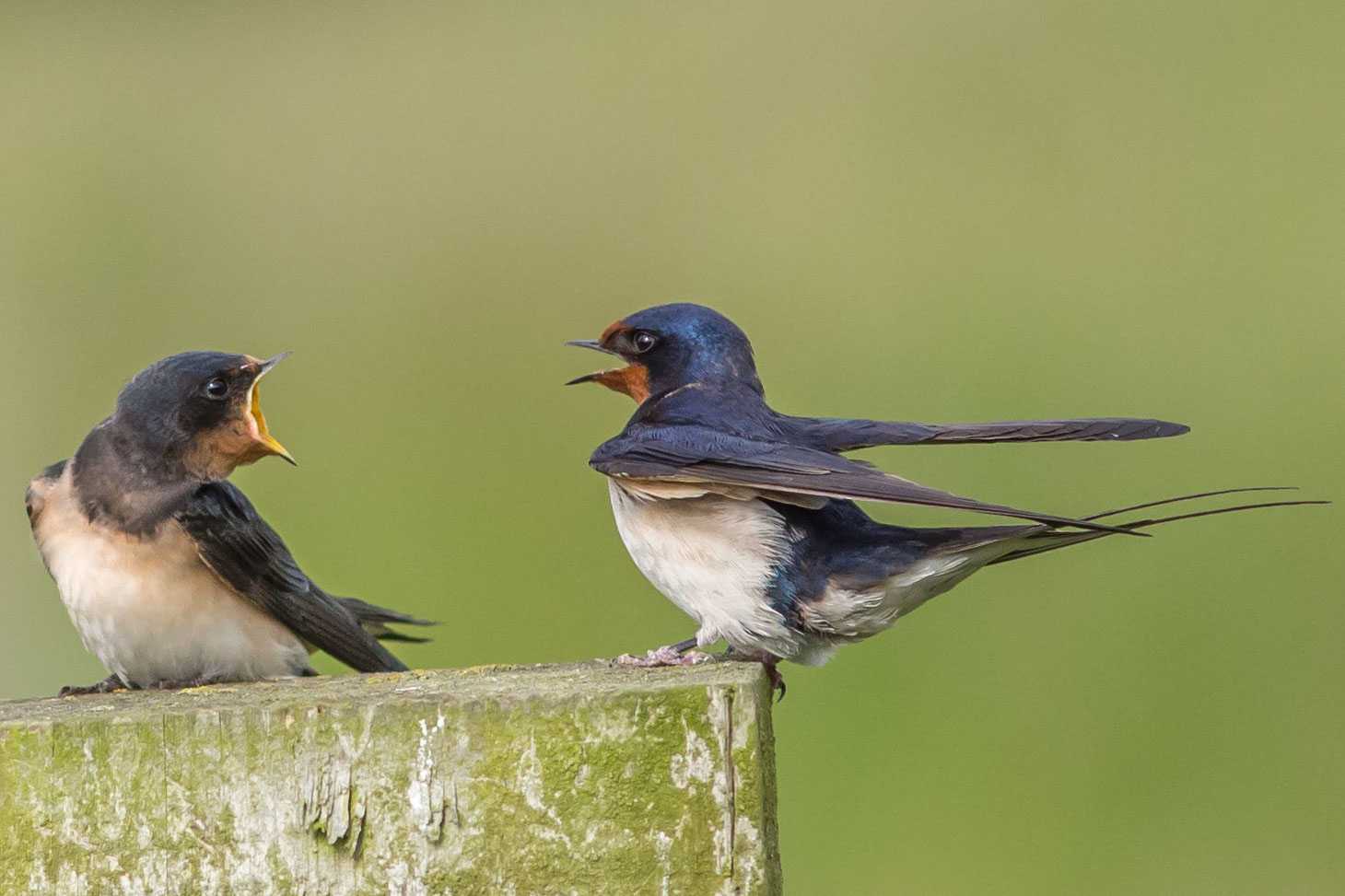 Swallow is one of the world's most familiar and popular species (Photo: John Atkinson)

Intimately associated with humans, Swallow is a species that anyone almost anywhere can help log through the Spring Alive 2016 season theme entitled Swallows of my Neighbourhood.

Spring Alive will soon be sharing tips and advice on how you can look after Swallows in your neighbourhood, but for now it would like participants to be a Swallow Scientists, and look out for the first arrivals of the species.

Those taking part can listen or look out for the birds' arrivals; monitor neighbourhoods and note how many Swallows and nests are seen; adopt a nest, without disturbing the birds, and note dates of arrival, egg-laying, hatching and fledging so they can be compared the following year; stop people from destroying Swallow nests; plant flowers to make your garden insect-friendly; and follow www.facebook.com/SpringAliveForBirds to learn more about Swallows and get updates on their migrations.

Swallows from Europe spend the winter in Africa south of the Sahara, in Arabia and in the Indian sub-continent. Its wide range also makes it a great 'ambassador species', linking many countries with its migration, sparking initiatives such as Spring Twins which pairs schools in Africa and Eurasia.

As well as the Swallow theme this year, by posting their first sightings of Swallow, White Stork, Common Cuckoo, Common Swift and European Bee-eater on the www.springalive.net website, children from Europe, Central Asia and Africa create a real-time map of the incredible journeys these birds take every year.

Why not encourage your child or student to join in Spring Alive, and learn about migration and conservation through hands-on involvement?