Conservationists are celebrating as a parrot species took its first flight in the wild for two decades.

Spix's Macaw, which has been extinct in the wild for more than 20 years, is the subject of an exciting and ambitious new reintroduction scheme in Brazil, marking a symbolic success for wildlife conservation.

Spix's Macaw is native to the Brazilian Caatinga, in the state of Bahia. Its distinctive blue plumage made it a popular target for poachers and collectors worldwide, while habitat destruction further accelerated its decline until just a single bird was left in the wild in 1990. Ten years later, the species was officially declared Extinct in the Wild by the IUCN, which just a minimal number of privately owned birds remaining in captivity. 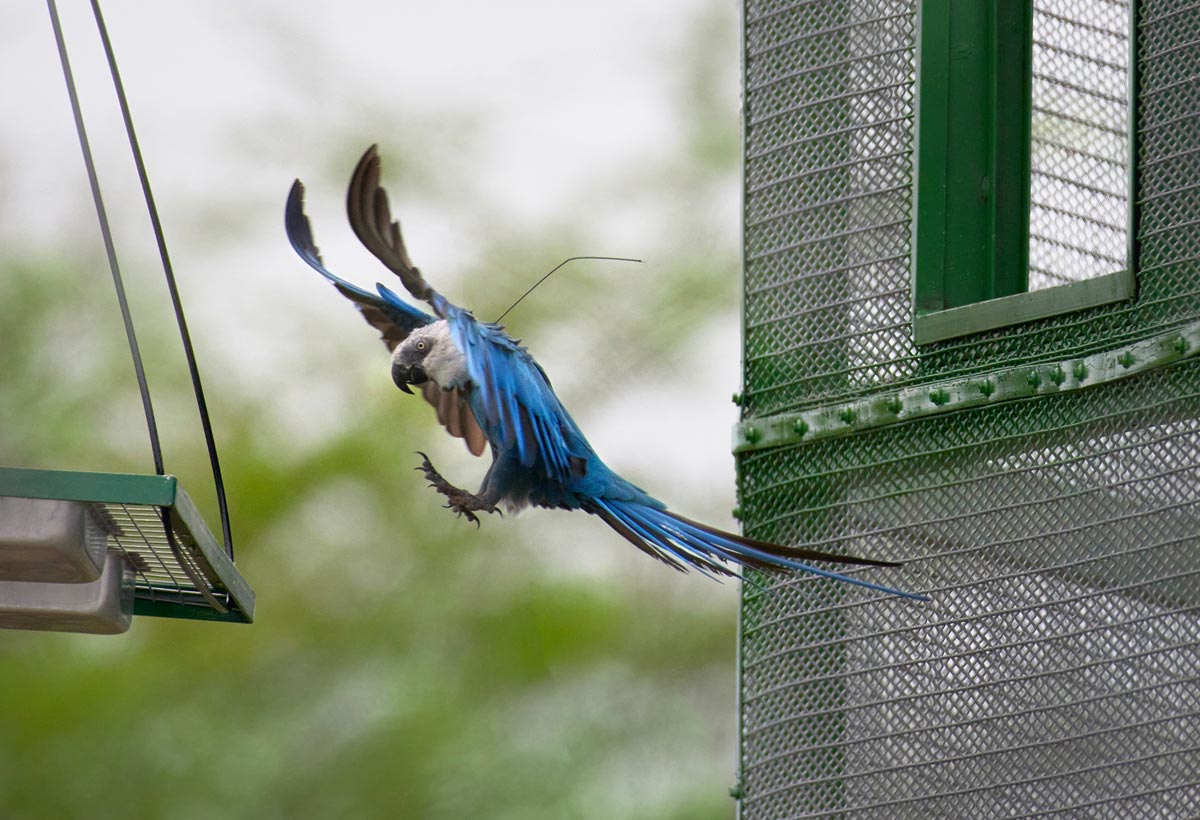 Spix's Macaw has taken its first flight in the wild for the first time in more than two decades ( Association for the Conservation of Threatened Parrots e.V.).

Ten years ago, the Spix's Macaw Action Plan was established to increase the species' captive population and restore its natural habitat to promote its reintroduction in the wild. All legal Spix's Macaw populations were united in the state-of-the-art breeding facility of the German wildlife conservation association, the Association for the Conservation of Threatened Parrots e.V. (ACTP) in Berlin.

The Chico Mendes Institute for Biodiversity Conservation in Brazil (ICMBio) created the project and its Director of Biodiversity Research, Assessment and Monitoring, Marcos Venancio, said: "The Spix's Macaw population in captivity was only 5% in national territory and 89% in the ACTP maintainer. Therefore, we had a mutual interest with ACTP in joining measures to repatriate Spix's Macaws to Brazil and reintroduce them to the natural environment. This resulted in the technical co-operation agreement between ICMBio and ACTP in 2019."

With the support of various partners, the Spix's Macaw Release Project evolved into a successful wildlife conservation program. With ambitious teamwork, the almost impossible was finally achieved: the initially vanishingly small population of 55 Spix's Macaws in 2000 was increased to 261 healthy parrots.

In March 2020, 52 Spix's Macaws were moved to a breeding and release enclosure built by ACTP and its partners near the Brazilian town of Curaçá, which the Brazilian government had declared a protected area two years earlier.

Since then, some parrots have been prepared for release into the wild. On 13 June, the first eight macaws were released into the wild, with a further 12 set to follow later this year.

Dr Cromwell Purchase, Director of ACTP Brazil, said: "After years of giving everything to this project, we are finally at the point where we bring the Spix's Macaw's voice back to the Caatinga." 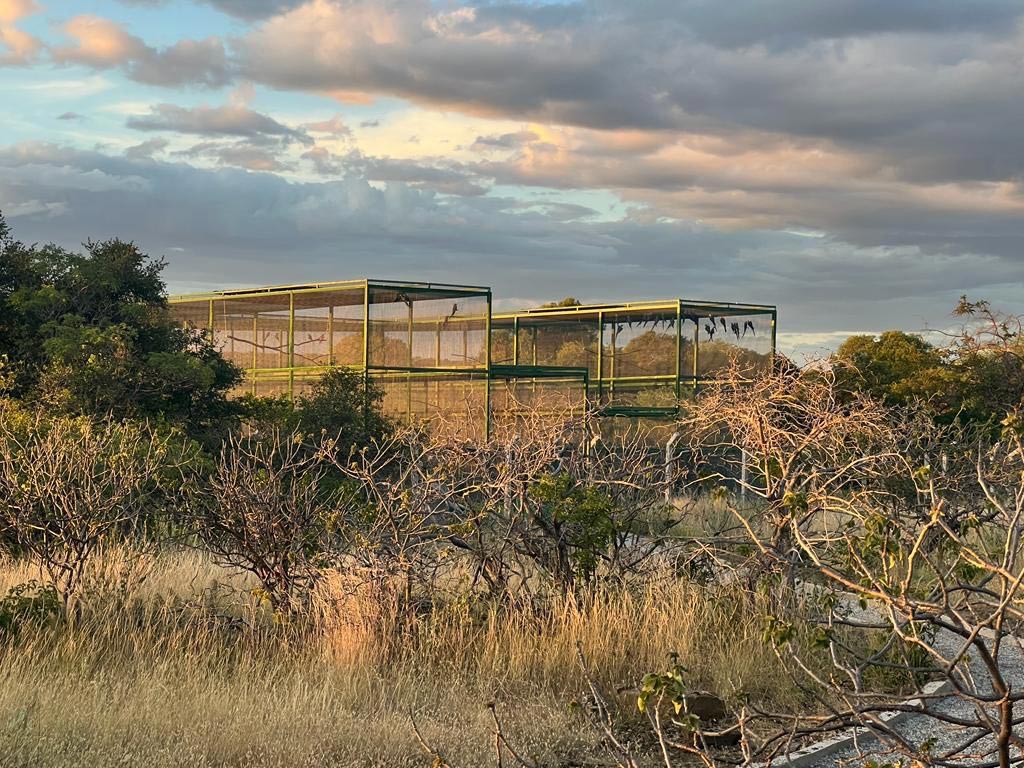 The release aviary in the Brazilian Caatinga ( Association for the Conservation of Threatened Parrots e.V.).

This long-term international project promotes the repopulation of the parrots and the lives of many inhabitants of this area. The wildlife conservation project is part of a more extensive community program supporting biodiversity and organic agriculture. Approximately 7,500 pupils at local schools have been taught about the project and thus sensitized to the topics of wildlife conservation and ecotourism. Local environmental protection and social work organizations work with community representatives here.

The joyful anticipation of the Brazilians is palpable. The people of the Curaçá are highly motivated and prepared for the reintroduction of the parrots. They do not want to lose their blue macaw again and support the project with great passion. Speaking at the release, ACTP German's Director, Martin Guth, said: "It was a long, rocky path to get here that would have not been possible without the excellent teamwork at ACTP and the support of our partners. Seeing how excited the people are here in Brazil regarding the return of their Spix's Macaw and their gratitude and appreciation for our work means a lot to me. Today we bring the Spix's Mcaw back to nature!"