A spectacular snail, endemic to Hispaniola, has been crowned 'Mollusc of the Year 2022' following a public vote.

Cuban Painted Snail Polymita picta is just 2-3 cm in length, yet is renowned for stunning colour variations of its shell. It is found only in eastern Cuba, where habitat loss and poaching have led to it being considered endangered.

The online competition, initiated by the Senckenberg Nature Research Society, LOEWE Centre for Translational Biodiversity Genomics (TBG) and the worldwide society for mollusc research (Unitas Malacologica), was running for its second year, following plenty of interest in the inaugural event in 2021. 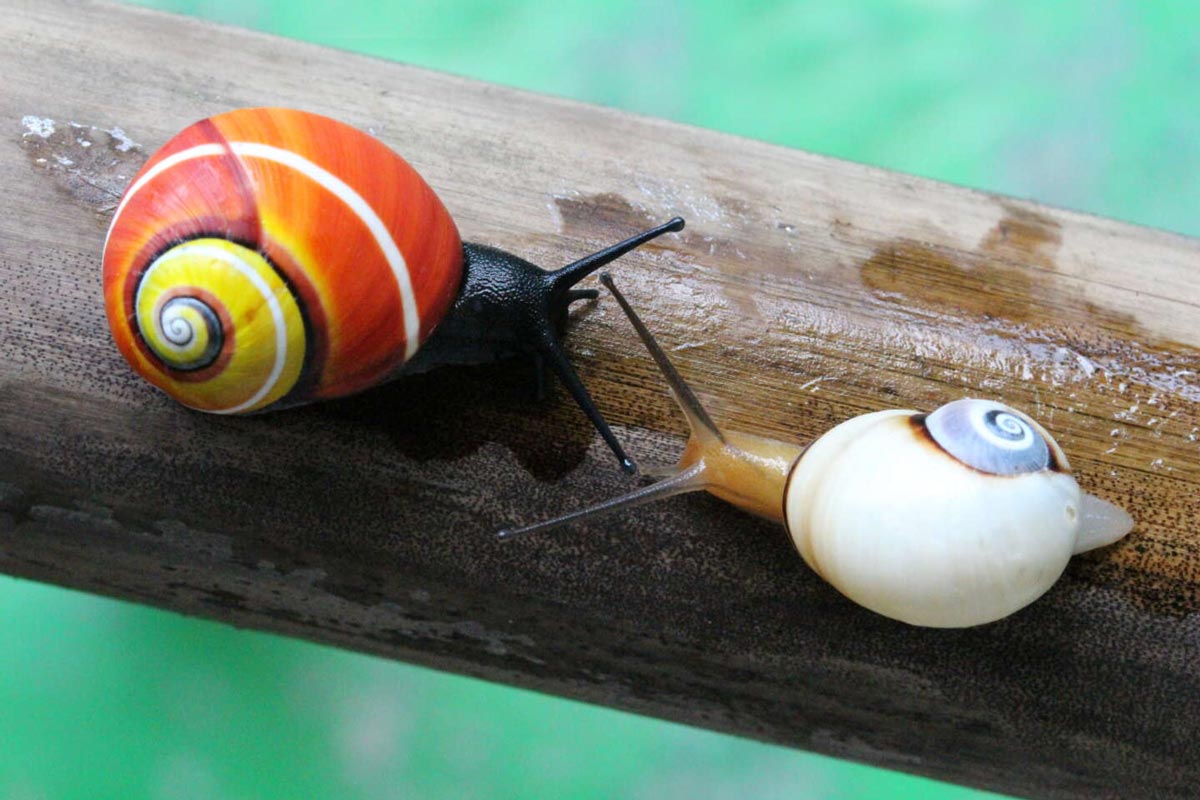 Cuban Painted Snail fought off fierce competition from four other finalists in the latest Mollusc of the Year competition, the others being two snails, a mussel and a tusk shell (or scaphopod). A committee of researchers from the organising institutions selected the top five from among 50 nominations for the competition.

More than 16,000 votes were cast in the final, with Cuban Painted Snail ultimately winning by a large margin – it was chosen by 10,092 participants.

As well as its wonderful colours, Cuban Painted Snail also has an enigmatic "love arrow" – a chalk arrow used to stab mating partners in order to transfer sex hormones.

The snails are male and female at the same time, without being able to fertilise themselves, and reproduce during the rainy season. They live for around one to two years.

For Prof Dr Julia Sigwart, section head of the Department of Malacology at the Senckenberg Research Institute and Natural History Museum Frankfurt, the renewed high level of interest in the competition is a great success. She said: "When we initiated the competition at the end of 2020, our goal was to raise awareness of molluscs and their enormous biodiversity. We are now well on the way to achieving this. We would especially like to thank those researchers and mollusc lovers who nominated so many special and beautiful species."