There have been widespread sightings this summer of a moth that was lost as a breeding species in Britain in the 1960s, suggesting it has successfully recolonised.

Clifden Nonpareil – a name which means 'beyond compare' – is, as its translation suggests, one of the largest and most spectacular moths to occur on our shores, and appears to now be spreading rapidly across the south.

With a wingspan that can reach almost 12 cm and a bright blue stripe across its black hindwings, this species has long been regarded as a 'holy grail' among moth enthusiasts. 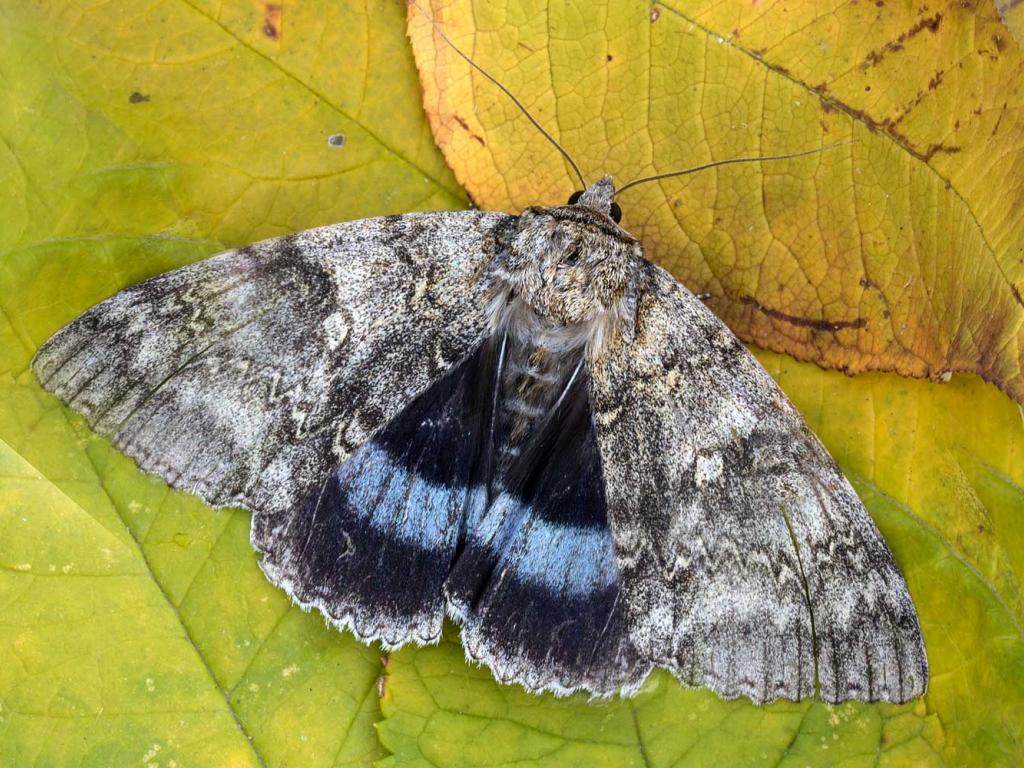 Immigrants from continental Europe appear to have re-established breeding colonies of this impressive insect in recent years, mainly in the south coast counties of England. However, sightings in recent weeks have come from widespread sites throughout East Anglia and the Midlands, hinting that both its numbers and range are on the increase.

As such, members of the public are being asked to look out for this moth and log any sightings as part of the annual Moth Night, an event run every year by Atropos, Butterfly Conservation and the Centre for Ecology & Hydrology.

As part of this coming Moth Night, which runs from 26-28 September and marks the 20th anniversary of the event, dedicated moth recorders and members of the public are being asked to survey moths and to submit their sightings via the website. Public events are also being held across the country to raise awareness of the importance and beauty of moths. 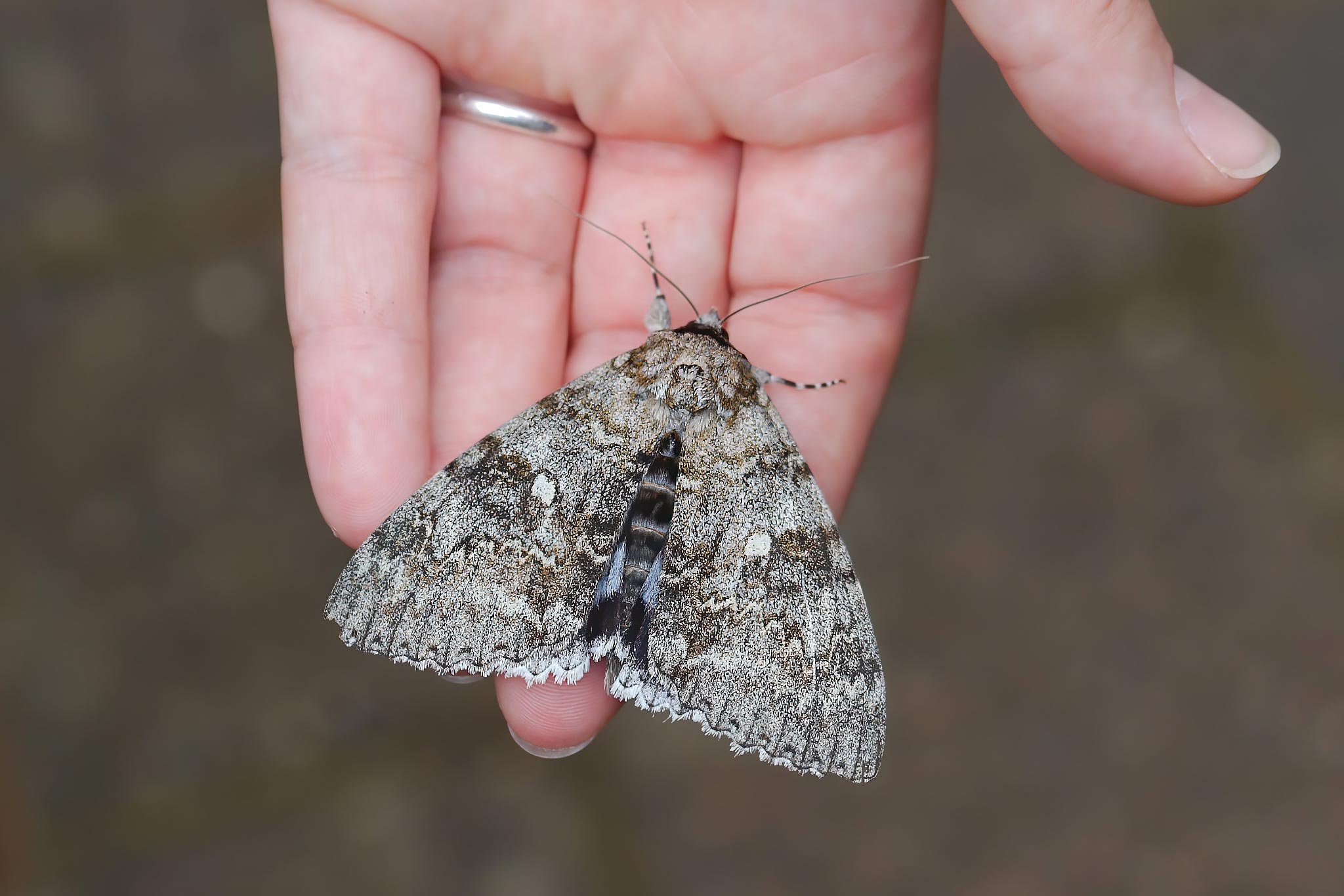 An image demonstrating the size of a Clifden Nonpareil against a human hand (David James).

Mark Tunmore, Moth Night founder and editor of Atropos, said: "September is a special time for studying moths in the British Isles, with a colourful range of resident species mixing with more exotic species from Europe or even North Africa as warm air currents sweep them northwards. Already this year we have received reports to our migrant insect news service, Flight Arrivals, of Clifden Nonpareil sightings from Cornwall, Devon, Sussex, Warwickshire, Suffolk, Dorset, Kent, Norfolk, Somerset and Northamptonshire.

"Some of these are likely to be immigrants and some part of the recently established resident populations. When we started Moth Night 20 years ago this moth was a very rare immigrant but it is now becoming familiar to moth enthusiasts across southern Britain. This illustrates just how quickly change can take place and that’s why moths are such a fascinating group of insects to study.

"Coming at the peak of the Clifden Nonpareil season, Moth Night 2019 is a fantastic opportunity to map the current range of this species in Britain."

Another exciting migrant species being recorded this autumn is Convolvulus Hawkmoth. This species has an unusually long proboscis, which allows it to feed on tubular flowers like tobacco plants. 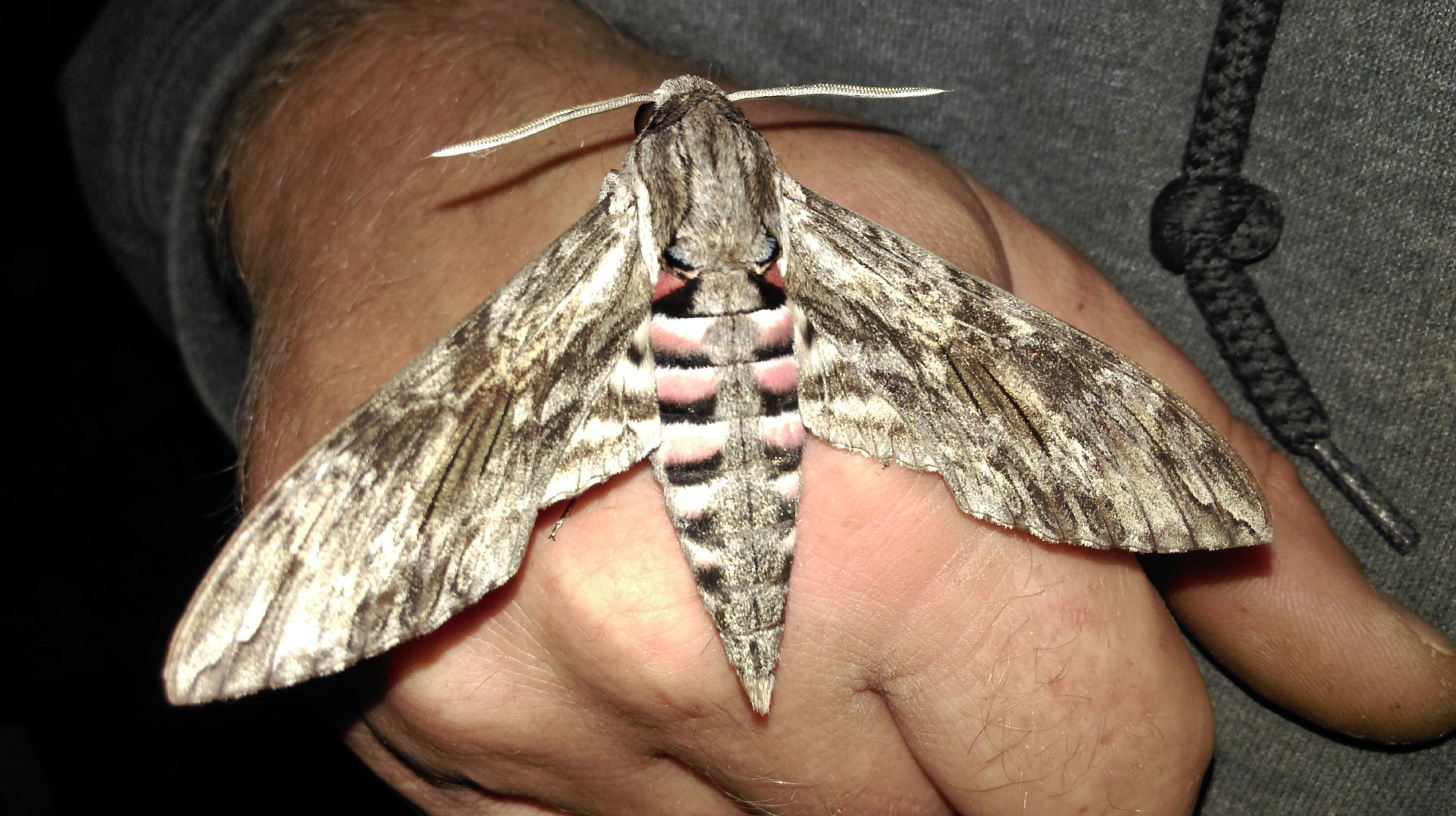 Another huge and impressive species to look out for during this year's Moth Night event is the stunning Convolvulus Hawkmoth (Andy Crory).

Richard Fox, Associate Director of Recording and Research at Butterfly Conservation, commented: "Moth Night is a wonderful opportunity to get face-to-face with the UK's magnificent moths including, if you are really lucky, Clifden Nonpareil, and to contribute important data.

"We really want to hear from anyone who has seen a Clifden Nonpareil, Convolvulus Hawkmoth or encountered any exciting migrant moths or even recorded some of the spectacular local species that fly on autumn nights.

"Clifden Nonpareil is a fantastic addition to our wildlife, and it is great to know that it is resident again in the UK, after an absence of 40 years or so. Its caterpillars feed unnoticed up in the canopies of Aspen and poplar trees, so the adult moths are the best indication of how widely established this species now is.

"This year, Clifden Nonpareil is turning up all over southern Britain, in the Midlands, East Anglia and Wales, in Ceredigion and Monmouthshire, as well as in south coast counties. There's never been a better chance of a thrilling encounter with this impressive insect." 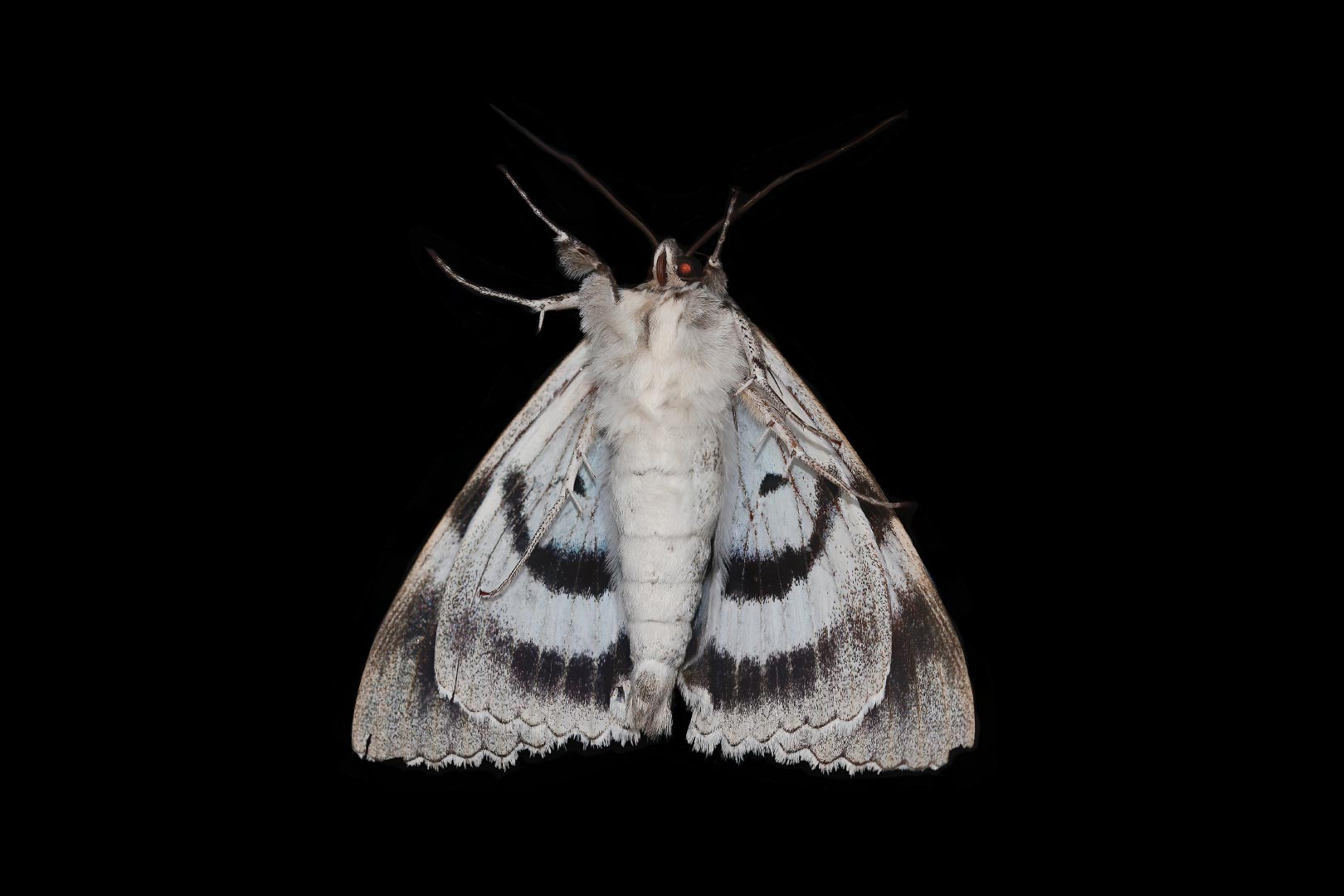 Many moth enthusiasts believe Clifden Nonpareil looks better from below and, from this image, it's easy to see why (David James).

Dr Marc Botham, an ecologist at the Centre for Ecology & Hydrology, added: "Moth Night provides the perfect opportunity for people of all experiences to go out and record moths, with some fantastic species to look out for. Many moths are benefiting from climate change, being able to withstand the increasingly milder weather in particular over the winter months.

"Records collected on Moth Night will help contribute to our fantastic wealth of data on moths and other insect groups and help us to see how climate change and other drivers are affecting their populations in the UK."

Experts would love to hear of any moth sightings, so please submit these to www.mothnight.info and keep an eye on where the Clifden Nonpareils and Convolvulus Hawkmoths have been seen so far at www.atropos.info/flightarrivals.

An in-depth article into the fascinating history of Clifden Nonpareil has recently been published in Atropos magazine.