Cornwall Fire & Rescue Service says a gorse fire at a nature reserve near Wadebridge is thought to have been started deliberately.

Rosenannon Downs, which is owned by Cornwall Wildlife Trust, has suffered the third major fire to devastate the heathland in the past three years. Some 15 ha of land was burned, along with 250 m of fencing used to keep the site stockproof. It also allowed local graziers to graze the site with native North Devon cattle. 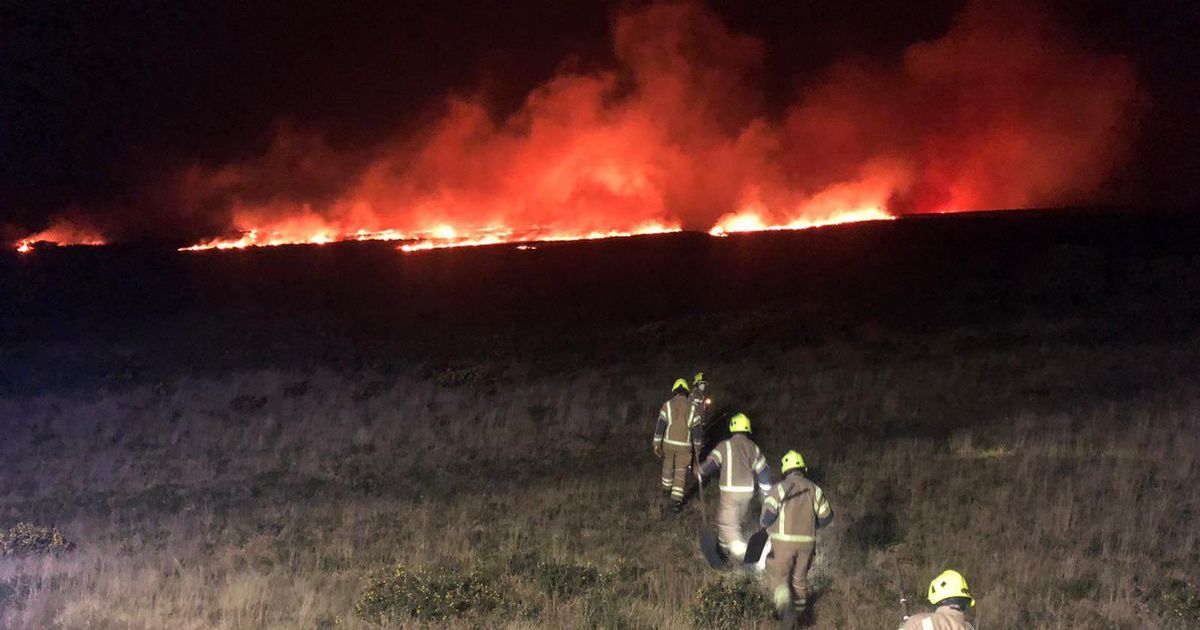 Fire brigades were called to tackle the blaze at Rosenannon Downs Nature Reserve on 7 March after receiving multiple reports by members of the local community. There were also gorse fire incidents on the Lizard Peninsula – at Goonhilly on Wednesday 16 March and Ruan Minor on Tuesday 15 March. Firefighters were at the scene at Goonhilly Downs about 4.15 pm on Wednesday, and the blaze was out about half an hour later.

At Rosenannon, the two-mile-long 'fire front' took firefighters just under two hours to bring under control. Andy Collins, Mid-Cornwall Reserves Manager at Cornwall Wildlife Trust, said: "We are devastated by this latest fire. Uncontrolled burns like this one are destructive, irresponsible and put human life and wildlife in danger.

"Fortunately, after last year's emergency appeal, we were able to re-cut firebreaks to slow and stop the spread of wildfires like this one – and they definitely did their job. Otherwise, we would've seen a lot more damage to this reserve.''