A Eurasian Sparrowhawk has been returned to the wild after getting trapped in anti-birding netting on a hotel in Blackpool.

RSPCA Inspector Will Lamping was sent to St Annes Hotel in North Promenade after being contacted by a member of staff on 2 August. He found the bird was flying underneath some bird deterrent netting – which covered a flat roof on the first storey of the building – after getting through one of the holes. 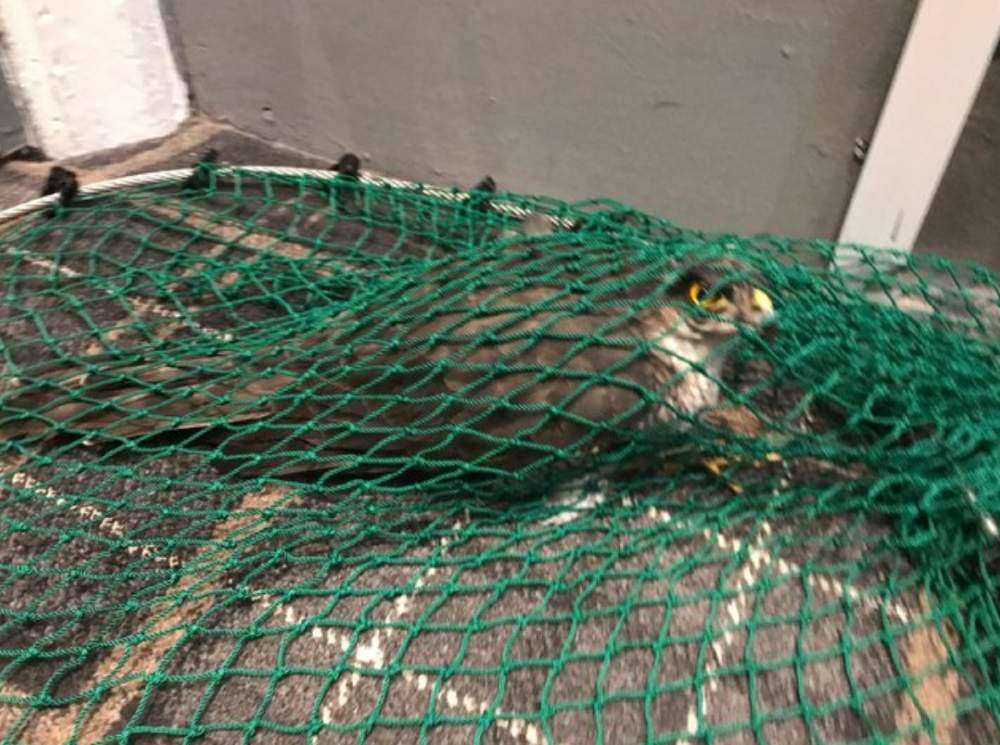 He attempted to safely catch the sparrowhawk with the help of staff members, but the frightened bird flew inside the hotel and into the hallway. Once in the hallway, Will was able to use a net to capture the bird – which he could see was unscathed by the incident.

He then placed the sparrowhawk in a box before taking it a short distance away to be released back into the wild. Will said: "It was great that staff members saw the bird's predicament and called us to help as sometimes in these cases the birds become trapped and remain unseen and sadly starve to death.

"This case shows the dangers of bird-deterrent netting and the need for it to be installed properly and regularly maintained to ensure that birds cannot become trapped. It was great that in this case there was a happy ending and it was lovely to see this majestic bird fly to freedom."