A Spanish sheep farmer in the province of Cáceres in eastern Spain has been jailed for 18 months and fined up to €18,000 for each Griffon Vulture he killed.

Following an investigation by local authorities, the farmer, who intentionally left several poisoned sheep carcasses at the disposal of scavenging birds, recently received a hefty penalty. Three vultures died as a result of his actions. 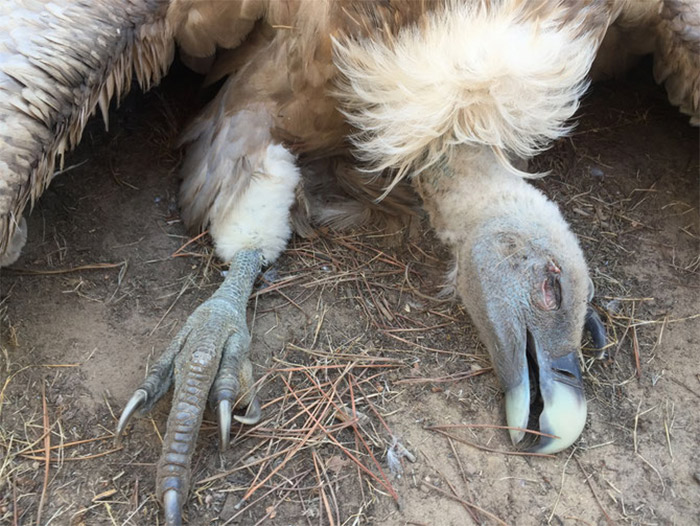 In spring 2019, Nature Protection Service officers discovered two dead Griffon Vultures near a sheep farm in the province of Cáceres. With the help of the Junta de Extremadura, they discovered a third carcass of the same protected species. Following the findings, the authorities took decisive action.

They suspected the head of the farm and launched an investigation that uncovered some 200 carcasses of sheep stacked on top of each other and also found a bucket with two litres of poison. Upon further examination, they realised that the offender systematically sprayed his sheep with poisonous substances, mixing the lethal and prohibited insecticides with corn, feed, oats and chickpeas, killing the three vultures and at least four domestic pigeons.

The Cáceres Criminal Court found the farmer responsible for continuous crimes against wildlife and domestic animals. He was sentenced him to 18 months in prison and to pay a fine of €3 daily, for 21 months. The farmer must also compensate the General Directorate of Rural Environment of the Junta de Extremadura between €6,000 and €18,000 for each Griffon Vulture he killed.