The South Shropshire Hunt have been accused of flushing a number of birds from Venus Pool nature reserve.

Many birders were situated in hides at the Shropshire site when the hunt’s hounds found their way on to the nature reserve. Members of the Shropshire Ornithological Society (SOS) say the disturbance led to the birds taking flight, with some onlookers particularly frustrated at their curtailed efforts to find a recent Red-crested Pochard that had been on site. 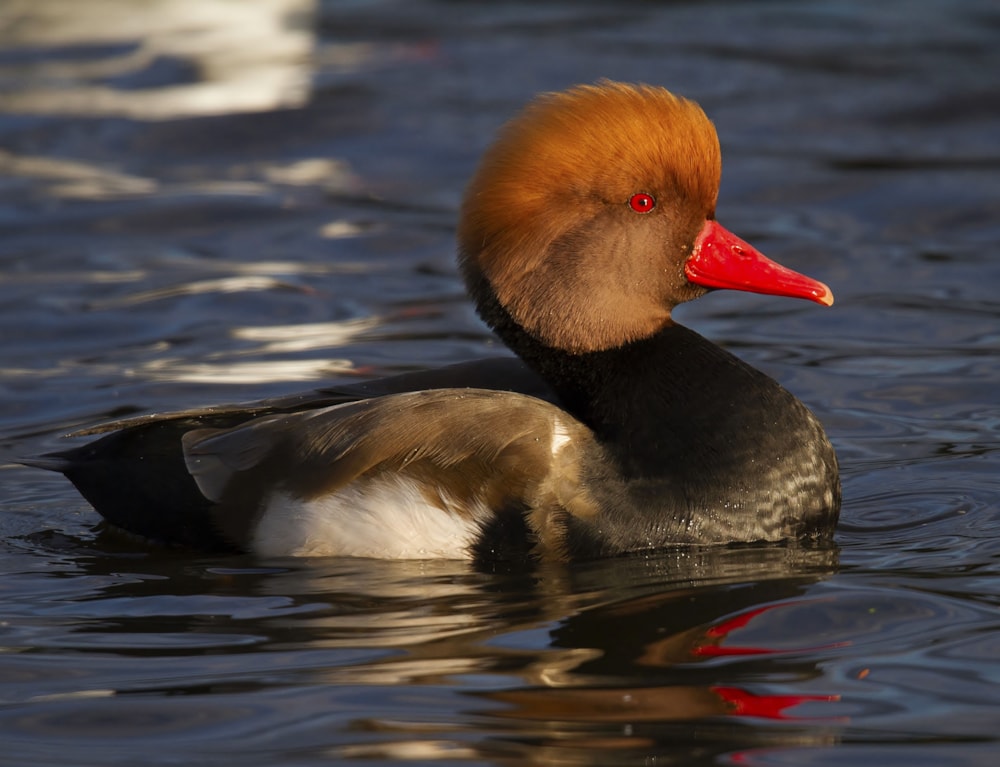 Birders present were frustrated their efforts to see a Red-crested Pochard were cut short (Clive Daelman).

John Arnfield, chair of SOS, said: “Horses and riders were observed all over the reserve, including in ‘no-go’ areas. Considerable disruption to the birds on the pool occurred and the many visitors were frightened and upset.

“We had between 20 and 30 people in the hides at the pool eager to catch sight of the Red crested Pochard. However, at around 11 am, the hunt, which started in Eaton Mascot entered the reserve. The dogs put up all the birds from the lake. We could see them riding around the reserve on both sides of the lake.”

A spokeswoman for the South Shropshire Hunt said: “While the hunt was conducting legal trail hunting activities, we understand a few hounds may have drifted off the scent of the laid trail and briefly skirted the car park at the Eaton Mascott end of Venus Pools.”

She said allegations made by some bird watchers that horses entered the area were “wildly exaggerated” and denied claims that threats were made.

She added: “The hunt is very proud of the good relationship it has with its landowners and the general public and would, of course, like to apologise if anybody’s activities were genuinely disturbed by the hounds’ presence.”