The British Ornithologists' Union Records Committee (BOURC) has announced that South Polar Skua has been added to the British list on the basis of an immature at West Bexington, Dorset, between 27 January and 4 February 1996.

A long-predicted vagrant to British waters, dataloggers have shown that significant numbers migrate annually to the Northern Hemisphere, while the species has been regularly sighted elsewhere in the North Atlantic, including off the coast of Ireland (see here). During the breeding season, it is widespread in the Southern Oceans where it nests on the Antarctic continent, dispersing large distances during the non-breeding season. 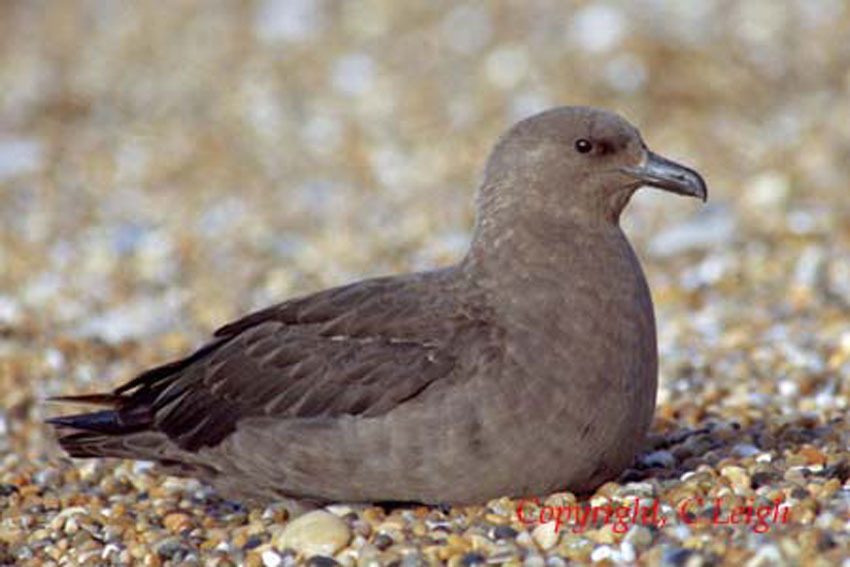 The status of the species as a vagrant to Britain has always been problematic, owing to the difficulty in separating South Polar Skuas from Great Skua and the closely related Brown Skua. Indeed, mitochondrial DNA does not distinguish between Brown and South Polar Skuas, adding an extra level of complexity.

This individual was assessed and accepted thanks to a series of photographs taken during its nine-day stay, which overlapped with a Forster's Tern along the same stretch of Dorset coastline. Often showing at close range on the shingle beach, the images allowed the bird to be aged as second-calendar-year owing the moult and plumage state as well as bare part colouration, features which were crucial to its identification.

South Polar Skua is added to Category A and takes the British list to a total of 627 species. It should be placed after Black Tern taxonomically.

After the first was left in limbo for 25 years, a further two records are currently pending assessment. Both of these occurred during the winter of 2001 and 2002; the first of these was present between 7 October 2001 and 14 January taken into care on St Mary's, Scilly, while the second was present at Aberavon, Glamorgan, from 1-16 February 2002 before being taken into care.