Somerset Wildlife Trust (SWT) has launched an emergency appeal to raise £200,000 following the impact of the COVID-19 pandemic.

SWT has also been facing financial challenges through cuts in EU funding, too, while a rise in fly-tipping on their nature reserves has also added to outgoings, as they have to "foot the bill" to remove the rubbish. A spokesperson said: "Staff and volunteers are devastated and need help now more than ever". 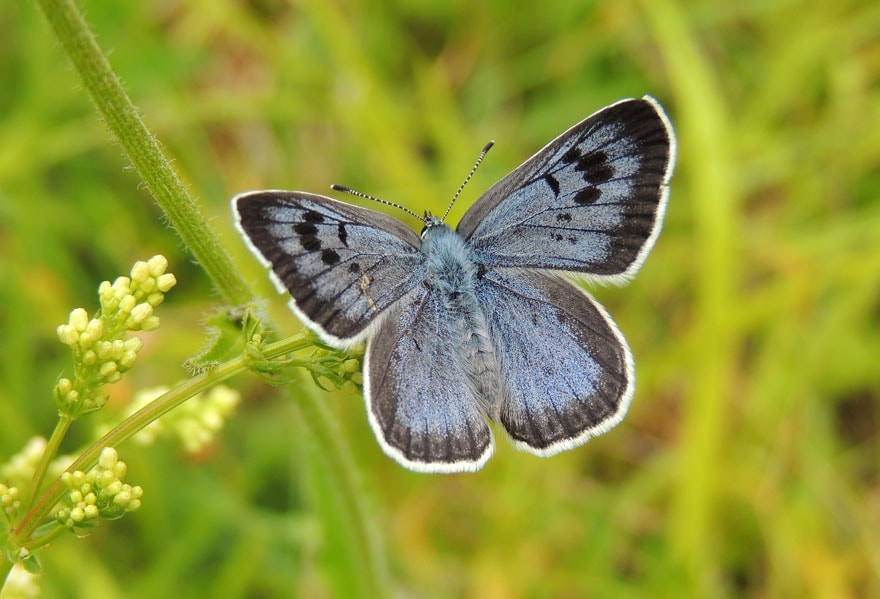 The rare Large Blue has been succesfully reintroduced to Somerset and can be found on sites owned by SWT (Lynne Demaine).

SWT, a charity which looks after a variety of nature reserves on the Somerset Levels, provides secure environments for some of England's most iconic wildlife, including the rare Large Blue butterfly, as well as Eurasian Bitterns.

Rachael Fickweiler, Head  of Nature Reserves and Land Management, said they used to have a "huge" workforce but now staff on sites have been reduced and they are being faced with increased anti-social behaviour. She commented: "One time we were due to get our Exmoor ponies on the Mendip reserves but there was a great big pile of tyres and rubble in front of the gate.

"Lanes, gateways and entrances to reserves are being blocked by asbestos and rubble and we're having to foot the bill." Director of Fundraising, Katie Arber, explained that their teams are "devastated" and need the support during this "critical time".

She said: "We want to continue to drive positive change for Somerset's natural environment and to be able to build a greener post-coronavirus. Financially, it's been really tough because the spring/summer period would have been when we would have generated income. For everyone involved it's a time of great uncertainty."