A £4.1-million National Lottery grant has been awarded to the Wildfowl and Wetlands Trust Slimbridge reserve in Gloucestershire to fund a major three-year project to improve the site. The trust has also secured major support from other grant funders including the Garfield Weston Foundation, Ernest Kleinwort Charitable Trust and Olive Herbert Charitable Trust.

The Wildfowl and Wetlands Trust (WWT) team at Slimbridge will use the funding to continue the legacy of the organisation's founder Sir Peter Scott through a range of what they term ‘ground-breaking experiences’ that show how Scott's work continues to influence modern conservation globally. Part of the funding will also support “sympathetic renovations” of the conservationist’s own home. The charity aims to inspire old and new audiences to enjoy nature and “actively explore its possibilities”.

Following the ravages of World War II, Scott – already a popular and established wildfowl artist – was determined to find ways to inspire national and international interest in the wildlife he loved so much, and particularly ducks, geese and swans. At Slimbridge, the presence of small wintering numbers of the rare Lesser White-fronted Goose convinced him that this was the place to set up a wildfowl conservation centre.

Described as “the patron saint of conservation” by Sir David Attenborough, Scott’s pioneering instinct led to the inception of the WWT in 1946 at Slimbridge, intended not only as a centre for science and conservation but also to bring these to the attention of the general public. Scott was particularly enthusiastic about giving everyone the opportunity to get close to nature and to inspire them to take action to protect it. Slimbridge is often referred to as the birthplace of modern conservation. 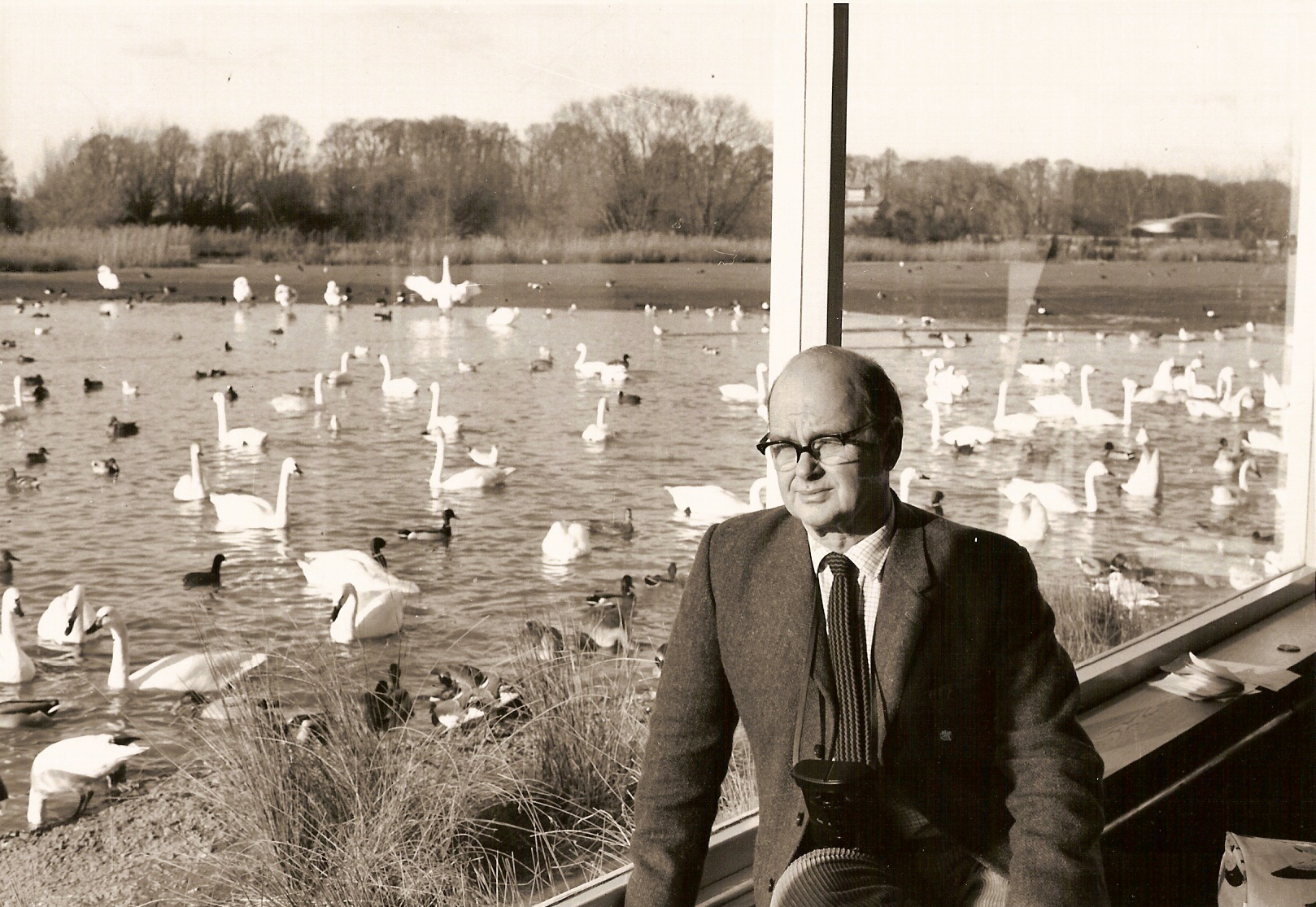 Ros Kerslake, Chief Executive at the Heritage Lottery Fund, commented: “As we live increasing urbanised lives, our natural heritage is more important than ever and deserves strong support from the National Lottery. Slimbridge is the ideal place to enjoy a day out in the fresh air while also learning more about Sir Peter’s pioneering work and how it continues to shape our understanding of birds and their migration patterns.”

As well as renovating and opening up Scott’s former house at the site, the organisation is planning a ground-breaking multi-level, fully wheelchair-accessible bird hide with an open rooftop terrace. This tower hide will offer visitors spectacular access to thousands of waders and geese, as well as breathtaking views of the River Severn. Seasonal walkways, viewing platforms and hides are being added to allow access right to the edge of the estuary itself. 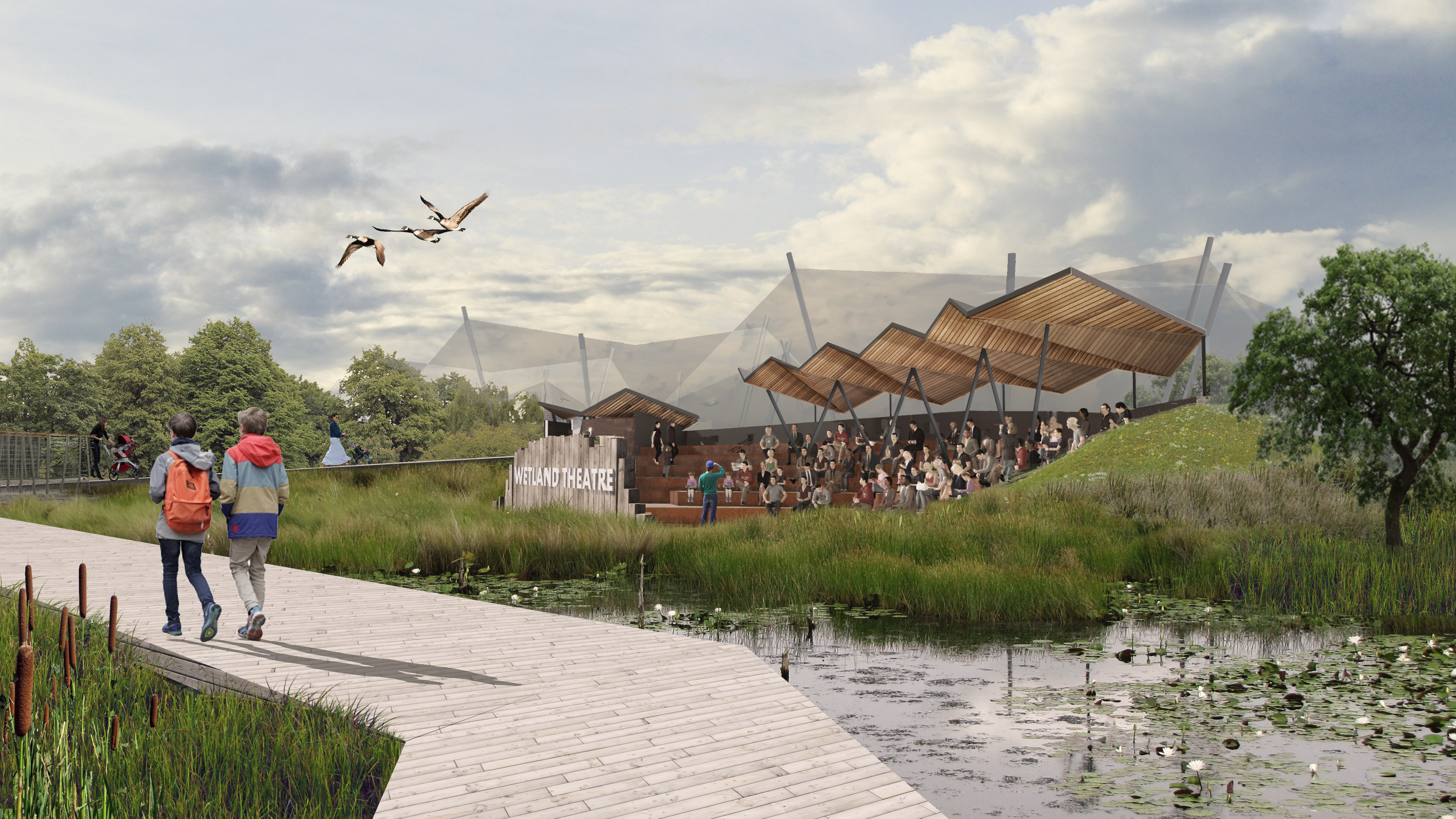 An artist's impression of one of the new developments which the lottery money is intended for: the Wetland Theatre, where demonstrations of conservation work can be seen. Photo: WWT.

A walk-through aviary will give visitors an idea of the variety of British wetlands, as well as the opportunity to get close to species normally too secretive to see. The new Living Wetland Theatre is an open-air venue for live demonstrations and activities. Elsewhere, interactive exhibits celebrate the close relationship between people and wetlands, telling the story of WWT’s pioneering conservation work and showing what it is like to be an intrepid conservationist carrying out work in the Arctic tundra.

To keep up-to-date with developments, keep an eye on the Slimbridge 2020 microsite or the reserve’s main site.