Following a review by both BOURC and the British Birds Rarities Committee (BBRC), the identification of the bird seen at Druridge Bay, Northumberland, 4th–7th May 1998 (sight record, photographed, video) (British Birds 95: 272–278 & 279–299) is no longer considered as proven. Although the bird exhibited characters that would previously have been considered diagnostic for Slender-billed Curlew, both BOURC and BBRC were not convinced that the identification was sufficiently secure to stand as the only British record of this critically endangered, and probably now extinct, species. 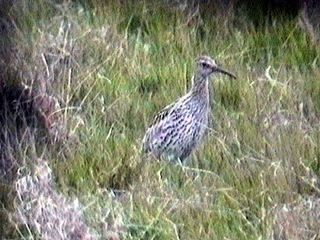 The conclusion was not unanimous in either BBRC or BOURC's deliberations. BBRC require a majority vote against to overturn a previously accepted record and BOURC only require one vote against the proposed identification. There was also no clear consensus between those voting members who had seen the bird and those who had not, with votes in favour of, and against, continued acceptance in both cases.

We are extremely grateful to all the observers who provided field descriptions, photographic images and video footage. The digital file for this record extends to nearly 7GB and represents the largest collection of material relating to a rarity ever considered by committee members. We recognise that this decision will be a disappointment to many of those involved in documenting the record. The conclusion of the review should not however be taken as a negative reflection on the field skills or judgement of the observers.

A manuscript on behalf of both committees explaining this decision more fully is in preparation. This decision will be included as part of the BOURC's 42nd report due to be published in Ibis in January 2014.