Six decapitated Mute Swans that had been shot with an airgun have been discovered at Sandy Water Park in Llanelli, Carmarthenshire.

All the swans were found inside the park, with their heads and necks discovered elsewhere at the same location. According to the RSPCA, they had been shot in the head and body with an airgun, before being decapitated. The animal charity is now investigating the "mindless attacks", which all happened in the past two weeks.

RSPCA Cymru has released X-Ray images of one of the dead swans, which clearly shows pellets lodged inside the dead body, and is calling on greater controls with regards to airgun ownership. The charity said a certification system should be introduced, which meant airguns could be traced back to their owners, coupled with more education and training. 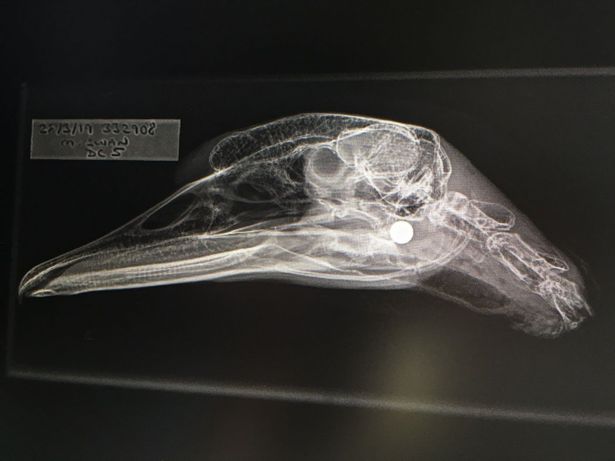 Keith Hogben, RSPCA investigator, said: "These six swans were found to be decapitated with their necks and heads found close by. To try and find out what happened one of the dead swans was sent away for a post-mortem examination, which found that the swan had been shot in the head and body by a BB gun and an airgun. The swan was then most likely predated upon, hence the decapitation.

"It's so difficult to understand why anyone would carry out such mindless attacks on innocent, defenceless creatures. We don't know how each of the swans died, but it is likely that they were all targeted by airguns. We would also like to remind members of the public that all wild birds, including swans, are protected under the Wildlife and Countryside Act 1981 and it is an offence to kill, injure or take them except under licence. The maximum penalty, if found guilty, is six months in prison and/or an unlimited fine."