Six nations pledge to save the Irish Sea

Conservationists are looking to turn a tide of inaction to ensure the Irish Sea and its wildlife are protected.

While 36% of the Irish Sea is designated as a Marine Protected Area, only around 5% has any management in place and less than 0.01% is fully protected.

The Irish Sea is under significant and increasing pressure from climate change and activities such as fishing, aquaculture, development, shipping, aggregates, military activity, recreation and pollution.

And while more than 15 million people live around the Irish Sea and many more visit for holidays, only a small percentage of them realise what wildlife lives there and just how important it is for biodiversity and the environment. 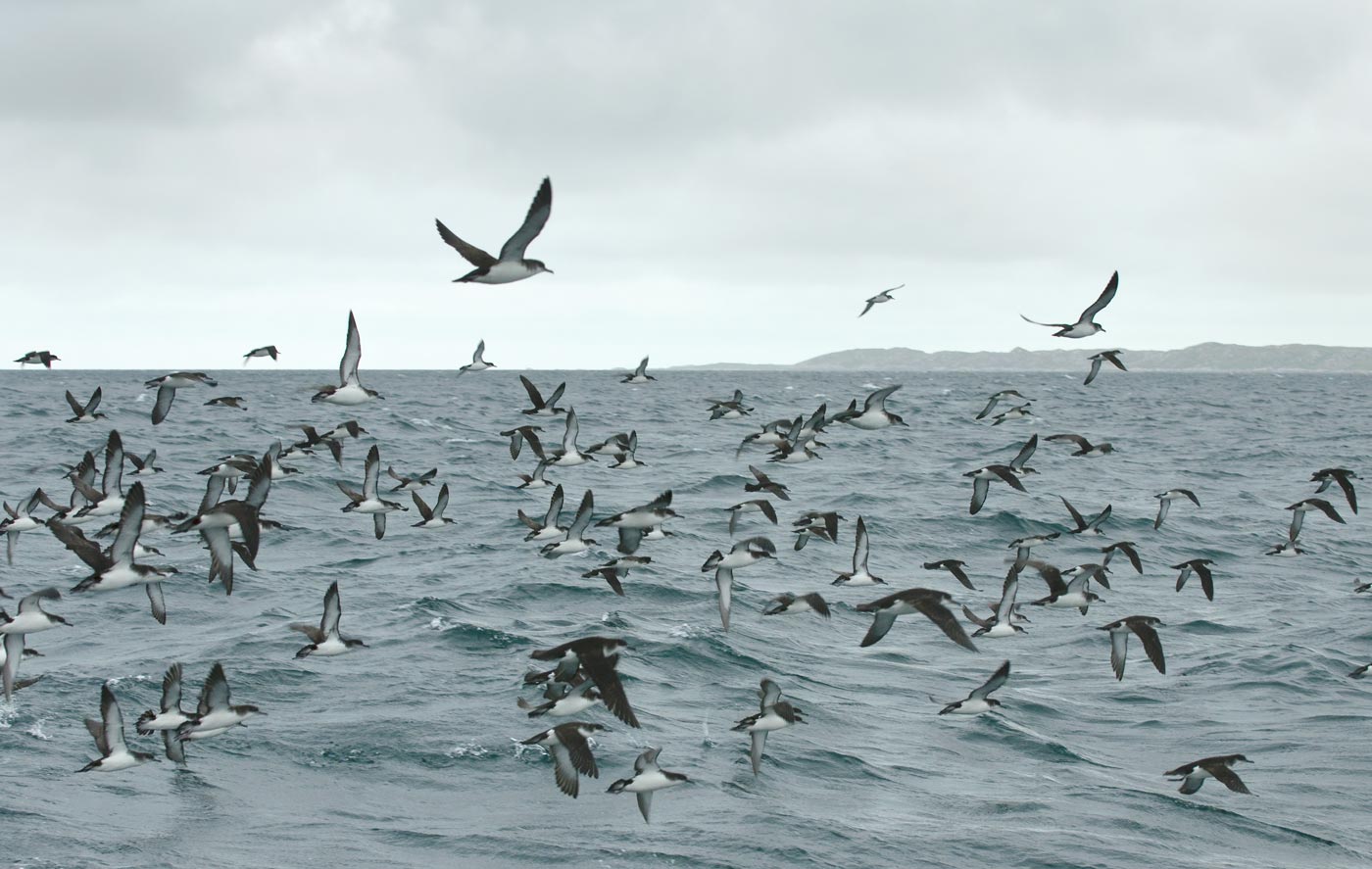 The Irish Sea is home to internationally important colonies of seabirds such as Manx Shearwater (Chris Gomersall / 2020 Vision).

Georgia de Jong Cleyndert, Head of Marine at the North West Wildlife Trusts, said: "Working together is essential. Wildlife does not adhere to lines drawn on maps, so we need to think at an Irish Sea scale. While there are some protection measures in place for the Irish Sea, management is weak.

"Millions of people around the Irish Sea rely on it for food, employment and wellbeing, but many overlook its role in fighting against climate change and its importance for wildlife. Few know about the incredibly diverse habitats that support a huge amount of amazing wildlife, including Basking Sharks, Leatherback Turtles, dolphins, porpoises, seals and sharks, as well as internationally important seabirds like Manx Shearwater and Guillemot."

Without protection and proper management much of this wildlife faces an uncertain future – pollution, development and destruction of habitat could lead to a severe decline in biodiversity.

The Irish Sea will also be affected by global warming. 'Blue carbon' is the absorption and storage of atmospheric carbon in the marine environment. Oceans store 20-35% of human-made carbon emissions. Blue carbon is stored in the Irish Sea in seagrass, saltmarsh, sediment, shellfish beds and reefs, intertidal sand and mud flats and brittlestar beds. While intact marine ecosystems are effective at sequestering and storing carbon, when marine habitats are damaged they can't retain as much carbon.

Georgia de Jong Cleyndert added: "We must ensure that damaging activities like dredging, development and damaging fishing practices are managed to ensure that vitally important areas for the environment are protected and we give space for nature's recovery.

"We are also calling on politicians and business leaders to work with us to make sure this is a sea where wildlife can flourish." 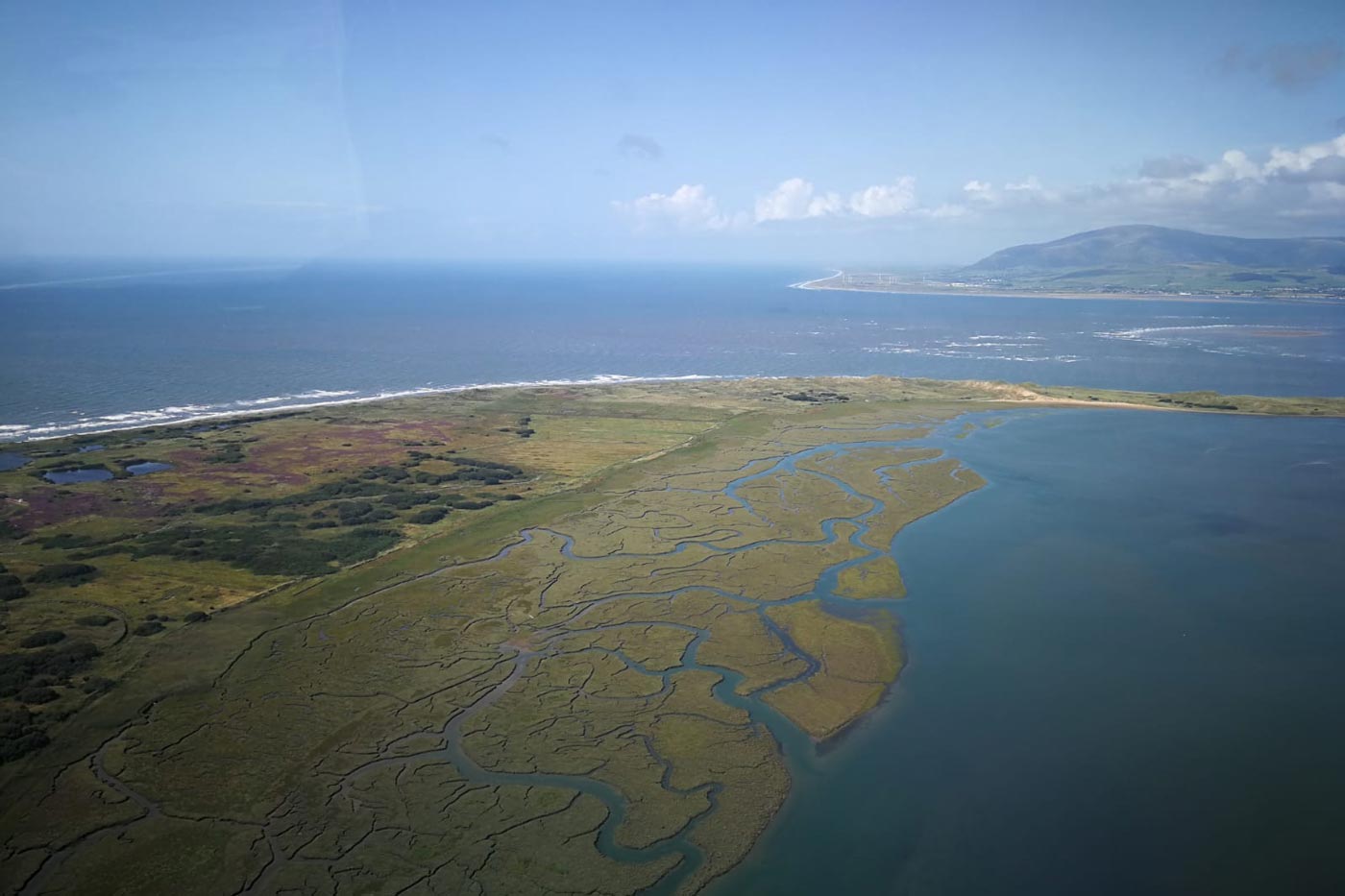 It believes that strategic and effective marine planning that takes an ecosystem-based approach with cross-national collaboration, would help to reduce the impact upon sensitive wildlife habitats and carbon stores.

Tom Burditt, CEO of Lancashire Wildlife Trust, said: "We often describe the Irish Sea as the 'Forgotten Sea', because it gets less attention than other parts of the British and Irish coastline, and because despite millions of people living and holidaying along its shores, very few of us get to see and experience either the wealth of life living in it, or the damage being done to that special wildlife by inappropriate and unregulated activities. This new partnership, vision, and review is an important next step at addressing that. But it will only work if we now use it to work in partnership with the communities and businesses living and working on, in and alongside this fabulous marine ecosystem."