Jean Thorpe of Ryedale Wildlife Rehabilitation recently got in touch with a sorry tale of a Red Kite that had been shot down in the middle of May near Market Weighton in East Yorkshire. The Kite had been taken into care locally, and eventually was passed to Jean, who is a Raptor Rescue approved rehabilitator. Proper veterinary care was arranged, and the resulting X-rays clearly show the extent of the bird's injuries. 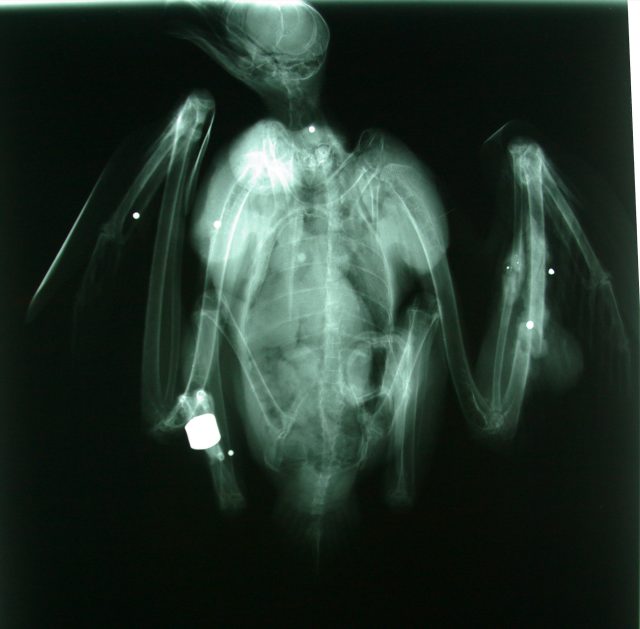 Jean reported the situation to the local police, but lack of evidence resulted in no action being taken. This bird originated from the Northamptonshire release scheme.

Dean Hemingway of Raptor Rescue said, "This is a despicable crime. The persecution of Red Kites concerns us very deeply, and we are committed to working with all appropriate agencies to wipe out crimes against all birds of prey. Without dedicated volunteers such as Jean Thorpe, Britain's birds of prey would be much worse off." 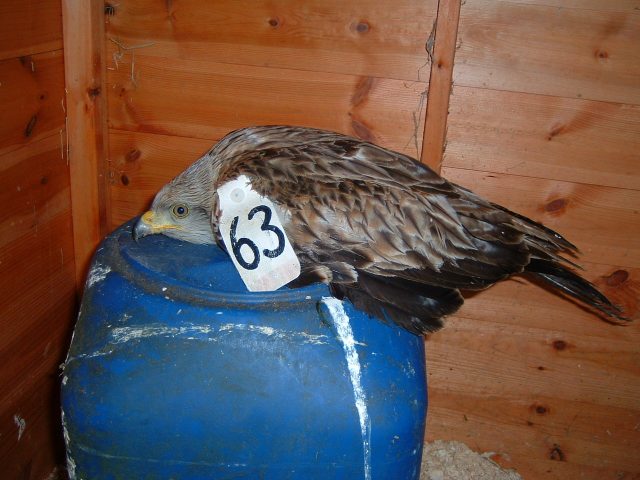 The recovering Red Kite, almost back to full strength

Jean released the Kite on 21st June, and it flew off strongly. Both Jean and BirdGuides would be keen to hear of any sightings of bird W/P 63 GC53813.