A single feral cat is believed to be responsible for another disastrous breeding season for Double-banded Plover at a beach near Wellington, New Zealand.

Just a single fledgling was tagged this season at the colony at Eastbourne, on the eastern shore of Wellington Harbour.

Parker Jones, co-ordinator from the Mainland Island Restoration Organisation (MIRO), said it appeared that a domestic tabby cat, which had repeatedly been caught on camera terrorising the colony, all but wiped out the eggs and chicks. It is believed the same cat had been responsible for predating the colony last year, when not a single bird born at the site survived. 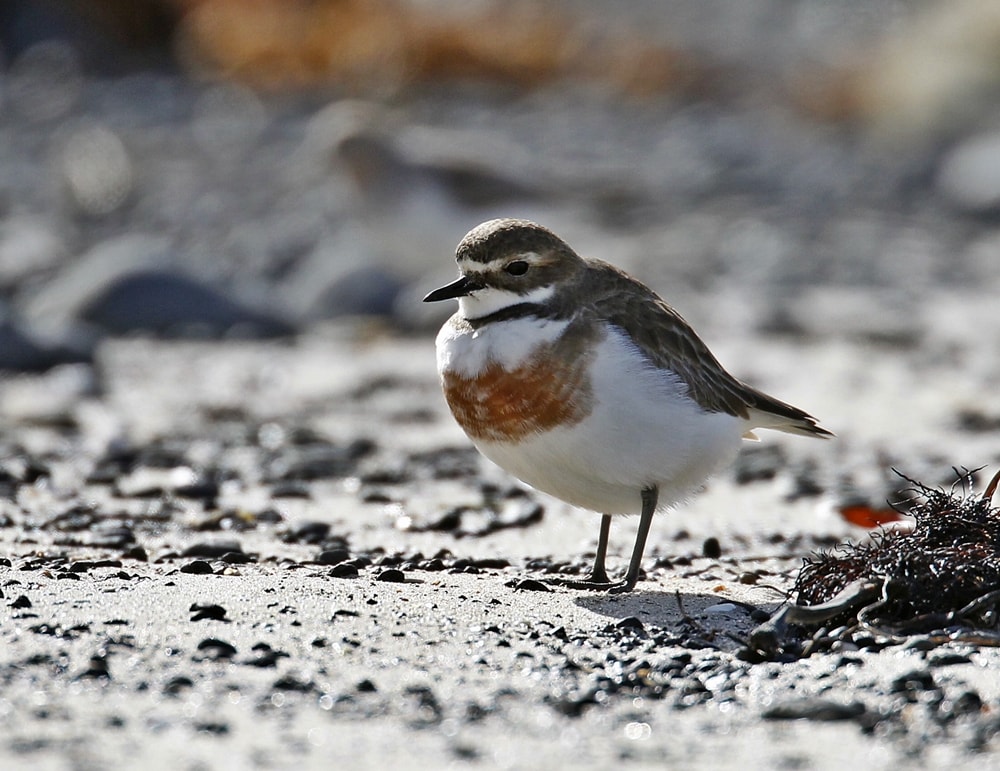 Double-banded Plover is listed as Least Concern by the IUCN Red List but, as with other beach-nesting seabirds, is under increasing pressure from human activity (Graeme Risdon).

The wily cat had managed to evade a live catch trap at the beach, which targets most other mammalian predators and otherwise protects the colony.

Many of the plovers had re-nested two or three times and Jones said it had been hard for volunteers monitoring the site to keep finding the chicks disappearing overnight. Adult plovers also left early this year, giving further evidence that they had given up for this season.

A nearby colony at Baring Head had had better success, with at least four or five fledglings from six nests.

Erica Wilkinson, New Zealand Department of Conservation threatened species ambassador, said cats were natural hunters and both feral and domestic cats represent a serious threat to New Zealand's native wildlife. The country has one of the highest cat ownership rates in the world.

Wilkinson said that there are steps owners can take to minimise their pet's impact on conservation efforts. Being a responsible pet owner means ensuring that pet cats are neutered and microchipped, as well as knowing of their whereabouts at night, she said.