The International Centre for Birds of Prey (ICBP) in Gloucestershire has successfully hatched and raised several of the birds of prey smuggled into Britain by Jeffrey Lendrum – the self-proclaimed "Pablo Escobar of the falcon egg trade" – who was arrested at Heathrow Airport in June 2018 with £120,000 worth of rare birds' eggs.

ICBP now has three Cape Vultures, reclassified as Endangered four years ago, with only one other centre in England known to have the species. Eggs belonging to other species, including African Fish Eagle, Black Sparrowhawk and African Hawk-Eagle, were among those also successfully hatched. 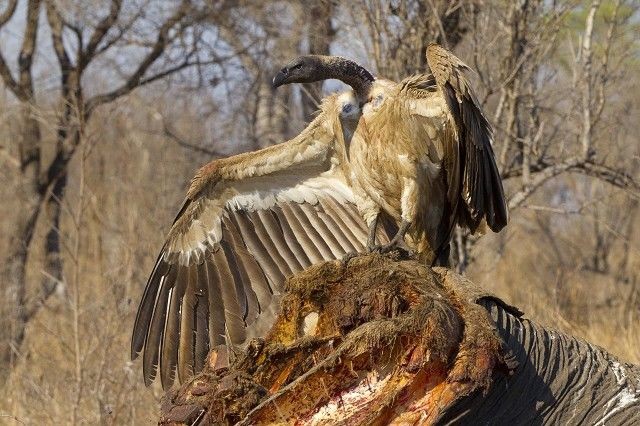 Only two centres in England are home to Cape Vulture (Bill Pickard).

Lendrum had attempted to smuggle 19 eggs from South Africa by strapping to his chest in a sling hidden beneath a heavy coat, but was caught by customs officials and sentenced, despite claiming the eggs were collected for "research". Holly Cale, ICBP Curator, said: "We have never had Cape Vultures ... so this is another species we are able to learn about and study. It's something that is likely to attract a lot of interest once visitors get to know about them."

Jemima Parry-Jones, director of the ICBP, added: "This kind of crime is heart-breaking because it puts everybody like us into disrepute and at the same time Lendrum impacting the wild bird population in its native countries by depleting it. On 26 June 2018 we had a call from customs saying they had stopped someone at Heathrow with 19 fertile eggs strapped to his body. Two had already hatched by the time we got there and one Black Sparrowhawk was broken in Lendrum's body pouch."

"An African Fish Eagle died three days after hatching due to a yolk infection so we were left with 17 birds altogether. We collected them in a portable incubator and brought them back to an incubator at the centre until they started to hatch. They were then fed three times a day and weighed. Now they have grown, the birds are fed once a day.”

Although hand-reared – and therefore able to live only in captivity – it is hoped any offspring they produce will eventually be released back into their native environment in southern Africa.