Environment groups have urged immediate action after a major consultation on the provision of Special Protection Areas was delayed.

They expressed concern that an important consultation on the protection of special places for seabirds has been held back by the UK Government. Earlier this year, in July, the Scottish Government launched a consultation on 10 marine Special Protection Areas, a requirement under EU law to help safeguard areas crucial for internationally important bird populations.

However, a further five proposed marine SPAs were not included in the consultation as the required agreement of the UK Government had not been provided.

Now Scottish Environment LINK's Marine Group has written to the UK Environment Minister, Thérèse Coffey MP, urging her to agree to the Scottish Government consulting on the sites without further delay.

The delayed sites include the seas off St Kilda, a UNESCO World Heritage Site which supports the largest seabird colony in Europe. The wide range of marine birds that would benefit from proposals include Puffin, which has seen rapid declines in numbers across Europe and is now classified as Endangered on the International Union for Conservation of Nature and Natural Resources (IUCN) European Red List. 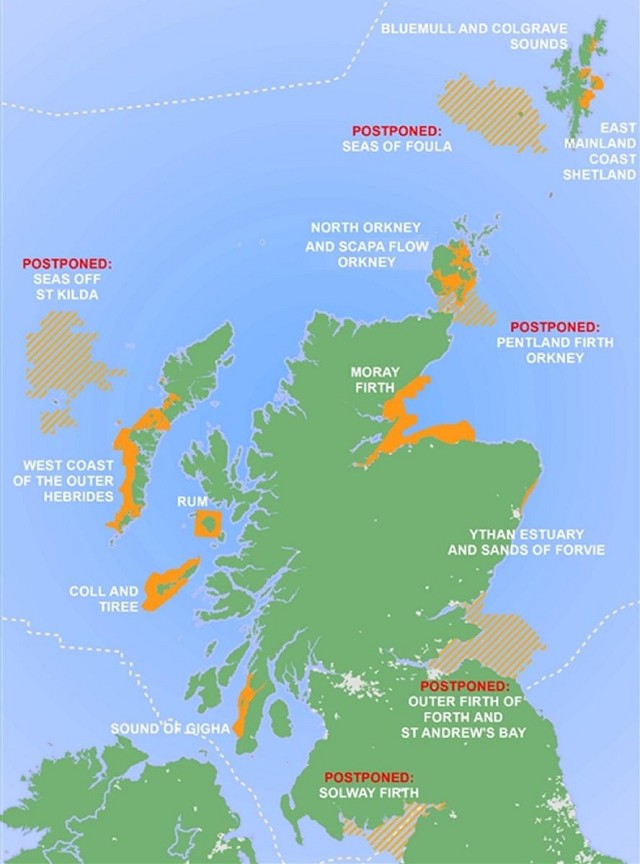 Richard Luxmoore, Senior Nature Conservation Adviser at the National Trust for Scotland said: "The National Trust for Scotland has been monitoring seabird populations on its properties for over 40 years and has recorded alarming declines — more than 90 per cent in the case of Kittiwakes on St Kilda. Most of these are attributable to problems with their feeding areas at sea. Without effective protection for these birds, our monitoring amounts to little more than a protracted obituary."

Alex Kinninmonth, Head of Marine Policy at RSPB Scotland, said: "Seabirds are among the world's most threatened group of birds, and with globally significant colonies dependent on the seas around Scotland for survival we have a duty to protect them. Yet right when we should be accelerating seabird conservation efforts, the UK Government appears to have pulled the handbrake.

"It's now time for action and progressing these scientifically credible protected areas would be a clear demonstration of the government's commitment to improving our marine environment and achieving the UK vision for our seas and oceans."