The latest RSPB survey results have revealed that Corncrake numbers continue to decline in Scotland.

In 2021, just 850 territorial males were recorded across the country, which is down on the 870 logged in 2019. COVID-19 travel restrictions meant that a full survey could not be carried out in 2020.

Though the decline from the 2019 survey is relatively modest, especially compared to other years where numbers have seen sharp reductions, it continues the overall worrying downward trend since the record high of 1,289 calling males in 2014 and highlights how vulnerable the species is.

Differences in how Corncrakes are faring varies regionally. In the Inner Hebrides, the population has plummeted by 12% from 2019, but in the Outer Hebrides numbers are up by 10%. The reasons for these regional differences are unclear. The RSPB believes that more targeted measures are needed in order to safeguard the species. 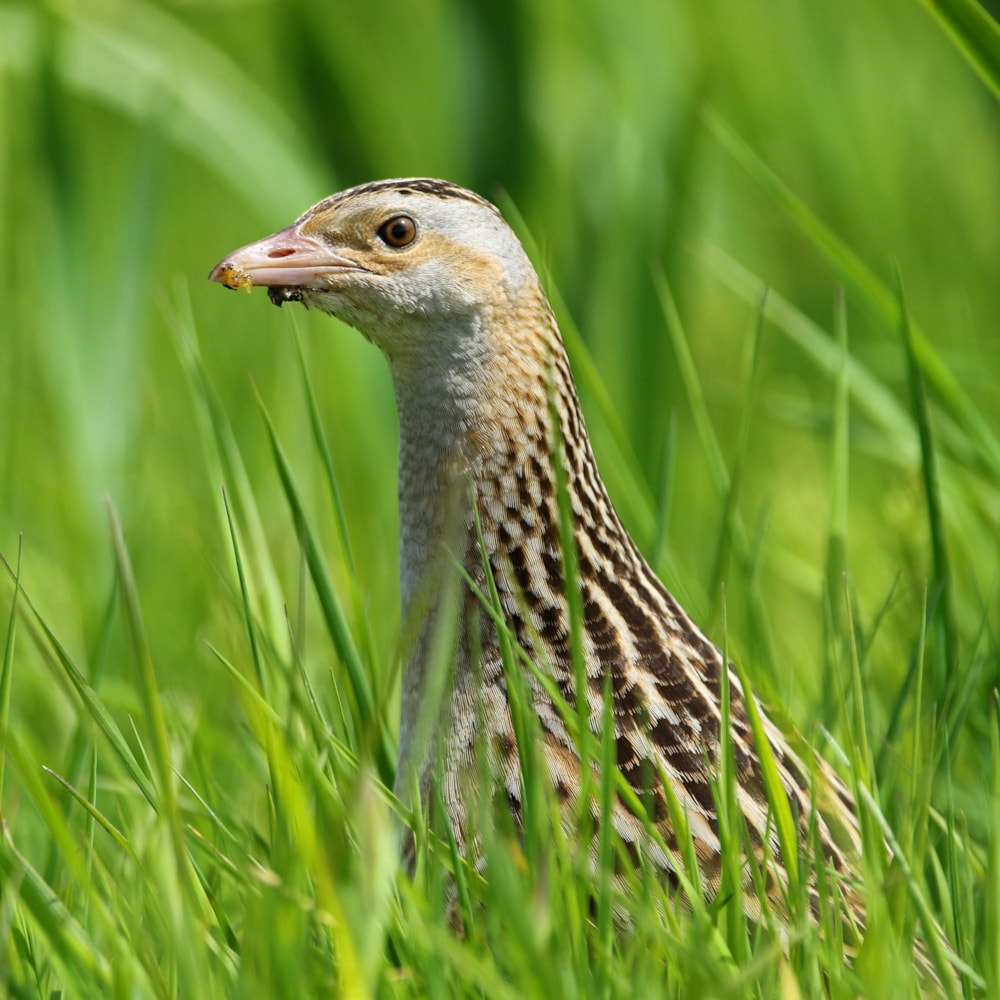 Corncrake numbers have steadily declined across Scotland since 2014 (Mark Leitch).

The Agri-Environment Climate Scheme (AECS) has been crucial in supporting corncrake friendly farming methods for many years but its future has looked uncertain in recent times. The Scottish Government's announcement at the end of October that AECS will continue for the next three years was welcome news.

RSPB Scotland will work with farmers, crofters and the Scottish Government to ensure as much Corncrake and high nature value-friendly management is delivered through AECS whilst it continues. From 2025, the Scottish Government has signalled that it intends to introduce new farming policy and changes to farm payments. RSPB Scotland is calling for payments for nature and climate friendly farming and crofting to be at the heart of this new policy.

Commenting on the results, Jane Shadforth, Project Manager for Corncrake Calling, an RSPB Scotland project to improve the species's fortunes over the next few years, said: "RSPB Scotland would like to thank everyone who supported this year's survey. The results highlight how vulnerable this species remains with numbers declining by more than 30% since 2014.

"RSPB Scotland will use these results to help target management for corncrakes in the right places, working with farmers and crofters through Corncrake Calling and to make best use of the Agri-Environment-Climate scheme. The importance of island communities in protecting this magical species cannot be underestimated.

"The continuation of AECS over the next few years is welcome news to many. As we look ahead though, developing new farming policy and payments that better support farming and crofting communities everywhere to farm in nature positive ways is vital."

Corncrake Calling is led by RSPB Scotland and supported by the National Lottery Heritage Fund. It is delivering land management advice, practical support and funding to crofters and farmers, advocacy for agri-environment policies which support farming in Corncrake-friendly ways, and education activities to encourage both local communities and people across the country to connect with the species and take action to help them.

The project builds on the work RSPB Scotland has been doing with farmers and crofters on Corncrake-friendly mowing for many years. It also links up with local communities and schools to inspire them to help corncrakes and asks members of the public to submit corncrake sightings. Work has started recently on a touring exhibition which plans to inspire more people about these birds which were once well known and a common sight across the UK.