RSPB Scotland has launched a £2-million project supported by the EU LIFE fund, which is designed to improve the condition of protected areas on land it owns and manages.

100% for Nature aims to boost the condition of nationally and internationally important natural heritage features, including at 12 RSPB Scotland nature reserves, to the highest level.

The vast majority of remaining features on RSPB Scotland nature reserves are already classed as being in good ecological condition and the organisation hopes to be the first to achieve almost complete compliance. 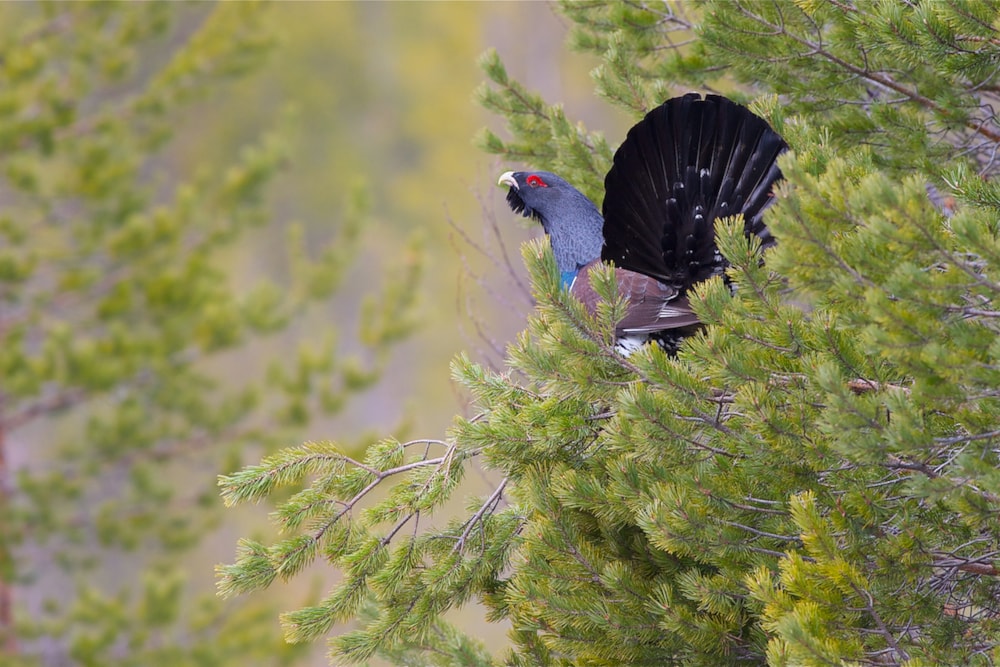 New methods will be introduced to manage habitat for Western Capercaillie in Scotland (Marc FASOL).

This, RSPB Scotland says, will make an important contribution in the fight to tackle the climate and nature emergency. Innovative conservation techniques will be trialled to demonstrate how Scotland can meet its key biodiversity targets.

Important wetland, forest and montane willow habitats will benefit from the projects, with wintering geese, breeding waders and Chough all set to benefit alongside capercaillie.

The aim is not only to improve the condition of the RSPB's own reserves, but to offer science-based approaches that other landowners can use and learn from.

Most of RSPB's nature reserves in Scotland are designated sites, recognised as being internationally and nationally important for nature. These include European protected sites – Special Protection Areas (SPAs) and Special Areas of Conservation (SACs), which receive the highest level of protection due to their importance and require active management to ensure nature is thriving on the sites. Natura 2000 is an EU-wide network of key sites for wildlife. Its aim is to ensure the survival of Europe's most valuable and threatened species and habitats, and it is the largest coordinated system of protected areas in the world

The RSPB's ambitions are undeniably challenging, but it is confident that it is deliverable over the project period. The work will contribute also to Scotland's Biodiversity Strategy and meeting the obligations of the Aichi Biodiversity treaty.

Duncan Orr-Ewing, Head of Species and Land Management at RSPB Scotland said: "Improving key habitats for nature is at the heart of the RSPB's work. Many of our sites are protected nature conservation areas which we regard as an accolade. We are delighted to be able to use such a wide range of innovative techniques to make our reserves the very best they can be for wildlife. We hope this work will also allow all those who manage land and other protected nature sites to benefit from the evidence we build over the lifetime of the project."

The condition of protected areas is monitored in Scotland by NatureScot. If all features on a site have reached favourable condition it means that the land is being managed in a way which meets key objectives for nature.