A fossil of what is thought to be the earliest example of a passerine bird has been unearthed in Wyoming, USA. The remains – recently described in a paper published in Current Biology – are believed to date back to the early Eocene, some 52 million years ago.

The find has been labelled Eofringillirostrum boudreaux and is the earliest example of a bird with a finch-like beak. Passerines account for approximately 65 per cent of bird species alive today, but scientists are unsure of their origins. 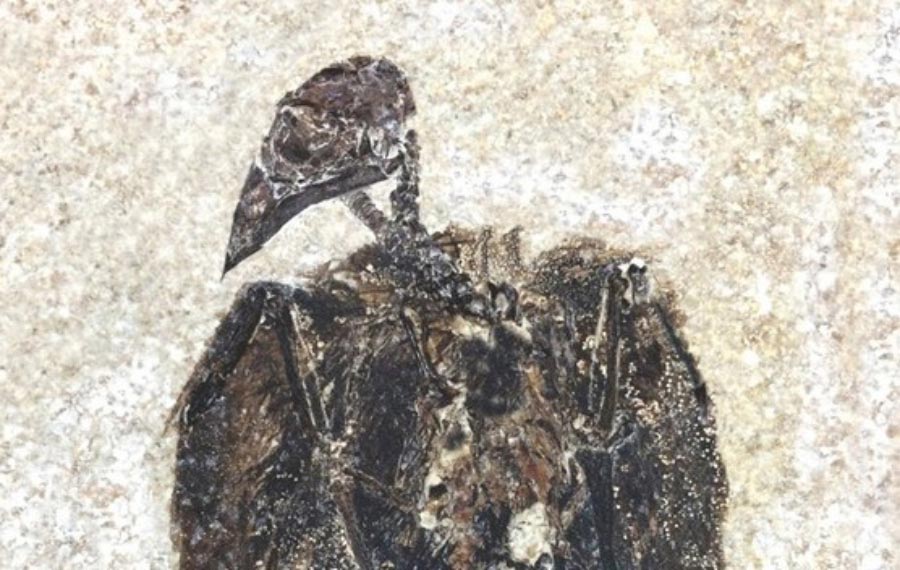 The fossil represents the oldest-known example of a passerine bird (Lance Grande/Field Museum).

Dr Lance Grande, one of the researchers involved with the paper, said: "It's fascinating because passerines today make up most of all bird species, but they were extremely rare back then. This particular piece is exquisite; it's a complete skeleton with the feathers still attached, which is extremely rare in the fossil record of birds."

Dr Daniel Ksepka, the paper’s lead author, added: "These bills are particularly well-suited for consuming small, hard seeds. The earliest birds probably ate insects and fish, some may have been eating small lizards. Until this discovery, we did not know much about the ecology of early passerines. E boudreauxi gives us an important look at this."

The paper also describes a second passerine fossil, christened E parvulum, from 47 million years ago. E parvulum was found in Germany and is shedding further light on the origins of passerines. Co-author Dr Gerald Mayr, of the Senckenberg Research Institute in Frankfurt, said: "We were able to show that a comparable diversity of bill types already developed in the Eocene in very early ancestors of passerines.

"The great distance between the two fossil sites implies that these birds were widespread during the Eocene, while the scarcity of known fossils suggests a rather low number of individuals."

The paper is available to read here.