Saving a species on the brink of extinction

The Edwards's Pheasant, a smart blue-black cousin of the Pheasant we see everywhere in Britain, may be on the edge of extinction. It has recently been reclassified as Critically Endangered on the IUCN Red List; this category is reserved for only the most threatened species in the world. It has not been seen in its small home range in central Vietnam since around 2000. Conservationists searched intensively in 2011 but found none. If this bird did become extinct, it would be the first pheasant species to have been lost in the 400 years since proper records began. This is an acute concern for the World Pheasant Association (WPA), whose mission is to safeguard all the 286 species in the pheasant group.

Concern for the future of this species is such that the WPA and BirdLife International-Vietnam Programme are working together to organise immediate action. Leading scientists, conservationists and aviculturalists from Europe and Southeast Asia met at Walsrode in Germany last week to formulate a rescue plan. The most pressing need is for intensive surveys in the bird's native habitat, to maximise chances of locating any remaining populations in the wild. This will be an all-out effort, drawing in any other conservationists and fieldworkers active in the area, to widen the search using all available resources. 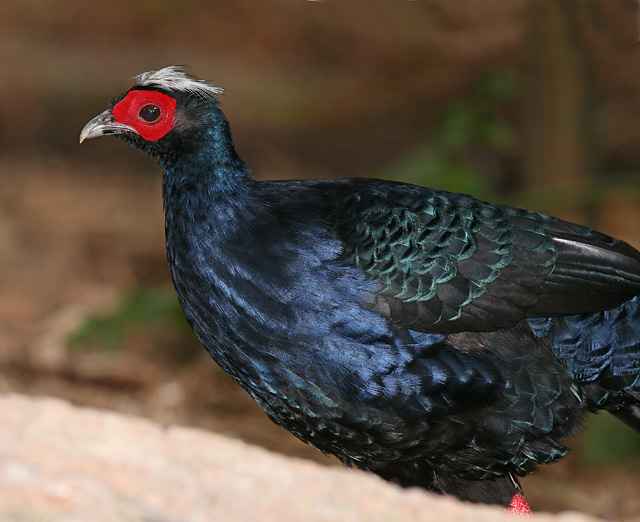 Aviculturalists may provide another way to help bring Edwards's Pheasant back from the brink; birds already held in captive collections could serve a vital role. If the threats to the species in the wild (hunting and habitat loss) are significantly reduced, a captive-bred population could be reintroduced, if agreed as part of an overall recovery strategy. The EAZA Galliformes Taxon Advisory Group, with help from the European Conservation Breeding Group of WPA, are paving the way for this to happen by initially identifying a pure group of unrelated birds from which to breed. Funds are needed urgently to support these actions. We are at a critical moment for saving this bird right on the brink of extinction.