Satellite-tagged Himalayan Vultures have been released in India for the first time.

Two birds have been fitted with transmitters and released into the wild in West Bengal. Dummy transmitters were fitted on the vultures almost a month ago and researchers and officials from the Bombay Natural History Society and West Bengal forest department monitored the birds' movements at Rajabhatkhawa Vulture Breeding Centre before they were released. 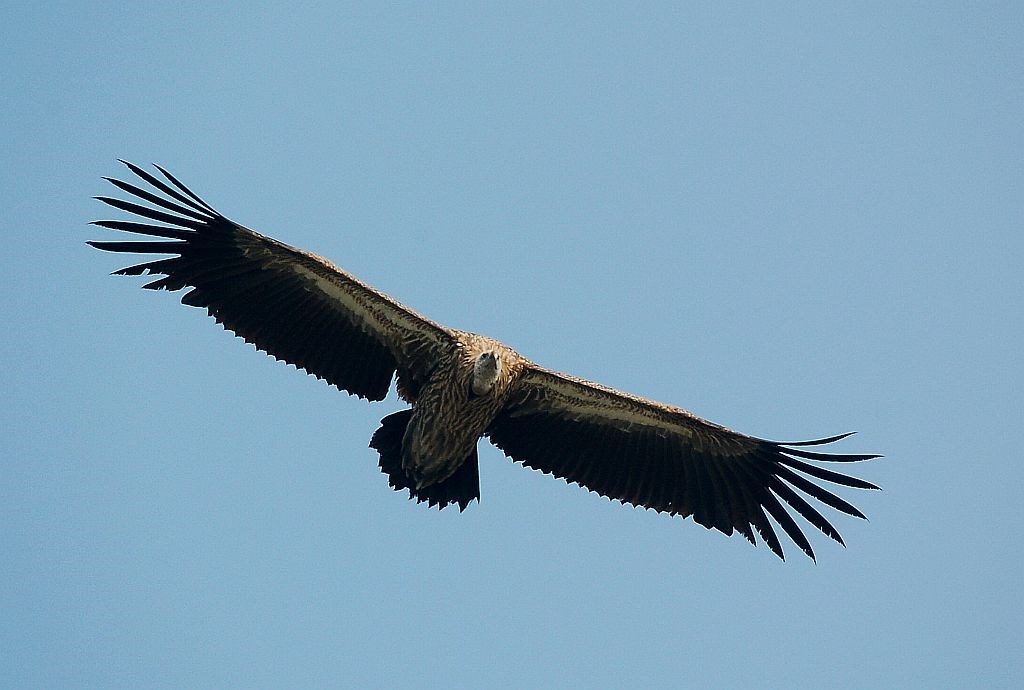 The two Himalayan Vultures were the first of their kind to be satellite tagged in India (Tim Dean).

The two vultures were released in the wild from the breeding centre at Buxa Tiger Reserve, in Alipurduar district in northern Bengal, on Tuesday [17 December].

"This is the first time that vultures are being released in the wild with transmitters fitted on them. In all six vultures were released, with two fitted with Platform Transmitter Terminals (PTT)," said Vibhu Prakash, principal scientist with the Bombay Natural History Society (BNHS), who first documented the decline in vulture numbers.

There are 86 White-backed Vultures, 17 Slender-billed Vultures and 27 Indian Vultures at Rajabhatkhawa breeding centre, which is spread over five acres. Out of these birds, 60 were born in captivity.

In July this year, Environment and Forest Minister Prakash Javadekar told the Indian parliament that the vulture population in the country has declined by 99% since the 1980s. The decline in population is primarily because of widespread use of veterinary drug diclofenac, a pain relief medication injected into cattle.

To conserve the population, eight Vulture Conservation Breeding Centres, including the one at Rajabhatkhawa, were set up in different states. Rajib Banerjee, Forest Minister of West Bengal, who was present during the release, said that if the project is successful more vultures would be released in the wild. A similar release took place in Nepal in 2017.