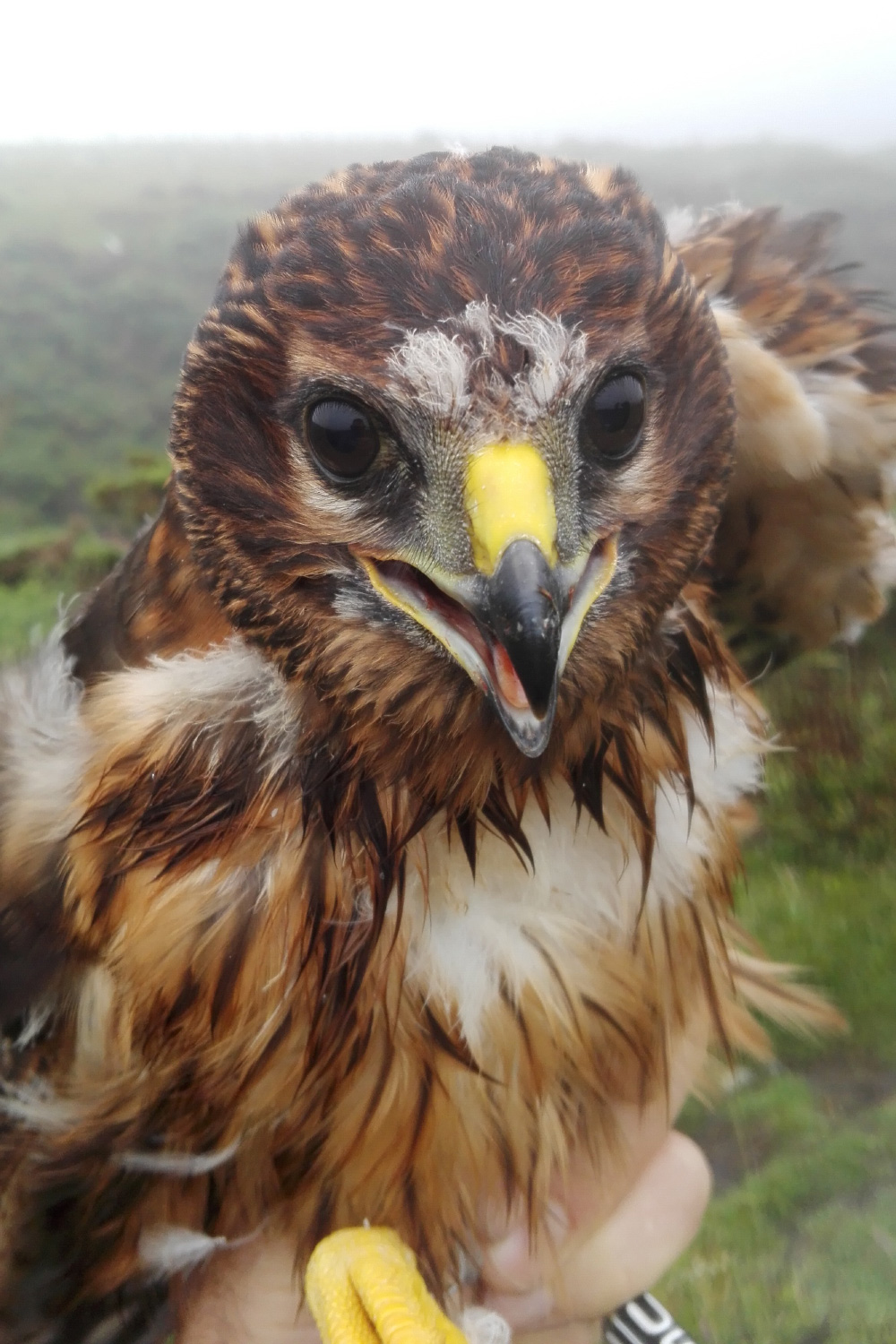 North Wales Police and the RSPB are appealing for information following the disappearance of a satellite-tagged Hen Harrier near Wrexham.

The harrier, named Aalin, was tagged in July 2016 in its nest on the Isle of Man, in collaboration with Manx Birdlife as part of the RSPB's EU-funded Hen Harrier LIFE+ project. Aalin left the Isle of Man in 2016 and spent her first winter in Shropshire, before heading to Wales in the spring of 2017, where she had remained ever since.

Aalin's tag had been transmitting regularly, until it suddenly stopped on the morning of 9 February 2018. Data from Aalin's tag indicated she spent the last few months in the same area of moorland around Ruabon Mountain near Wrexham, from where the tag unexpectedly sent its last signal at 10.34 am. A search was conducted by RSPB Investigations staff, but no tag or body was found and she has not been seen or heard of since.

Dr. Cathleen Thomas, RSPB Hen Harrier LIFE Project Manager, said: "It's incredibly disappointing to lose yet another Hen Harrier in these circumstances, especially as this bird is so scarce in the UK. It's also the first suspicious loss of a bird in Wales for our project, after the elation of tagging our first chicks there in 2017. We were hopeful that heading towards the breeding season Aalin would have nested in Wales and successfully reared chicks this summer, so her loss also affects future generations of this rare and beautiful bird in the area. We believe the loss of Aalin and other recently tagged Hen Harriers in the UK is having a devastating impact on their conservation status."

Sgt Rob Taylor, Rural Crime Team Manager, North Wales Police, said: "We have been notified by the RSPB of this incident and we are investigating the disappearance, but at this time we have little to go on. We are appealing to the public for any assistance they can give and we hope that foul play hasn't played a part in the loss of this rare bird."

Neil Morris, Managing Director of Manx Birdlife, said: "This is heart-breaking news. As well as the sudden unexplained loss of yet another magnificent bird of prey, we still know so little about the behaviour of Manx-born Hen Harriers. Clearly there is an impulse for young birds to wander soon after fledging, but we don't really know why or whether [they] make the return journey as mature adults to breed back in their native hills."

If you have any information relating to this incident, please call North Wales Police on 101 quoting the reference WO28466. Alternatively, you can call the RSPB Raptor Crime Hotline confidentially on 0300 999 0101. All calls are anonymous.

If you find a wild bird that you suspect was illegally killed, contact RSPB investigations on 01767 680551 or fill in the online form. 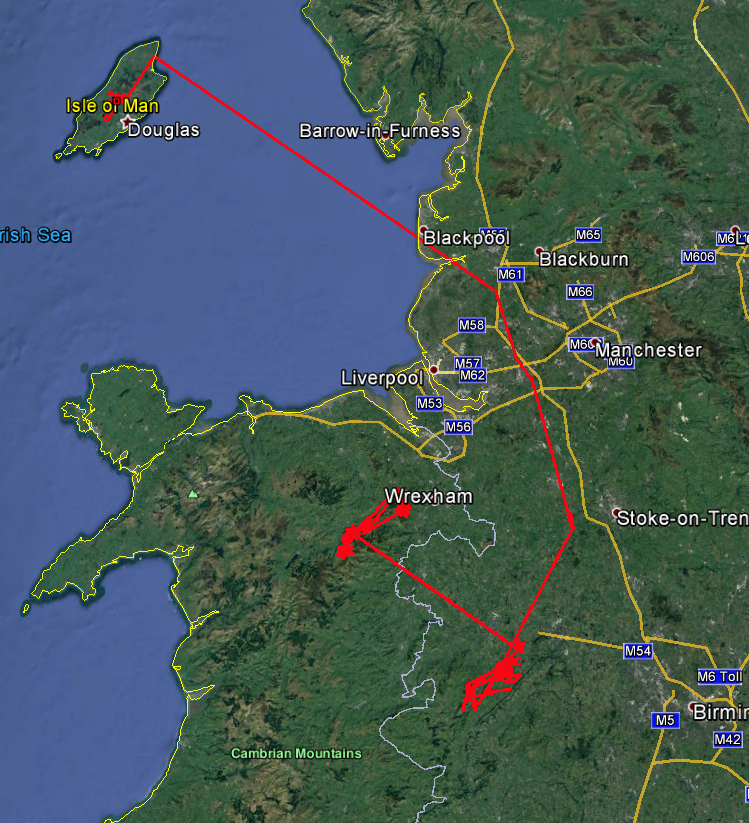 Aalin's satellite transmitter reveals her life journey, including her final weeks in the Wrexham area of North Wales (RSPB).