The researchers were following the movements of the species through a satellite tag, which sent text messages back to Russia with the birds' geolocation. Two eagles spent the summer outside of a mobile coverage area in Kazakhstan, though one flew back to Russia where it triggered one million text messages at just 2 rubles (€0.03) a message. 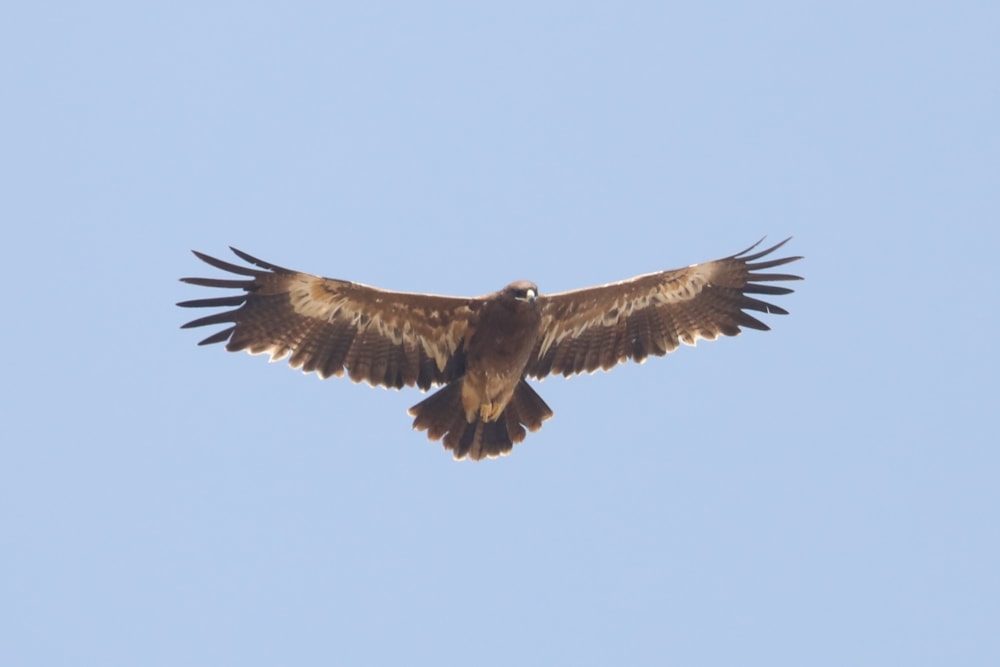 One of the tagged Steppe Eagles wandered to Iran, were messages were constantly relayed to researchers in Russia (Matthew Mellor).

The other eagle, called Min, flew to Iran, where it sent text messages with all its summer locations at 49 rubles (€0.69) a message, according to a Telegram post by Russian ornithologist Elena Schneider, who is a member of the Russian Raptor Research and Conservation Network.

The conservationists had to crowdfund to raise money after the messages almost drained their budget. Igor Karyakin wrote on Facebook that they lacked funding to continue their work, and earlier this month called for donors to sponsor the birds.

But Karyakin said on Friday that they had "closed the hole" in their budget thanks to contributions, which had reached more than 100,000 rubles (£1,210). "We will receive the scientific information on the movements of birds in the same amount as before, without loss," Karyakin wrote on Facebook.

"People continue to send money, therefore there is a hope that we will be able to maintain paying for eagle sim cards," he added.