Two satellite-tagged Amur Falcons have been tracked on their migration route, clocking up some 29,000 km in the process.

The birds were two of five fitted with the tags in Manipur, eastern India, which is a popular stopover site for the falcon while on migration. One of the birds, a female named Irang, flew more than 29,000 km while the other, a male called Chiulon, covered no fewer than 33,000 km by the time it had returned to the area it had been tagged. 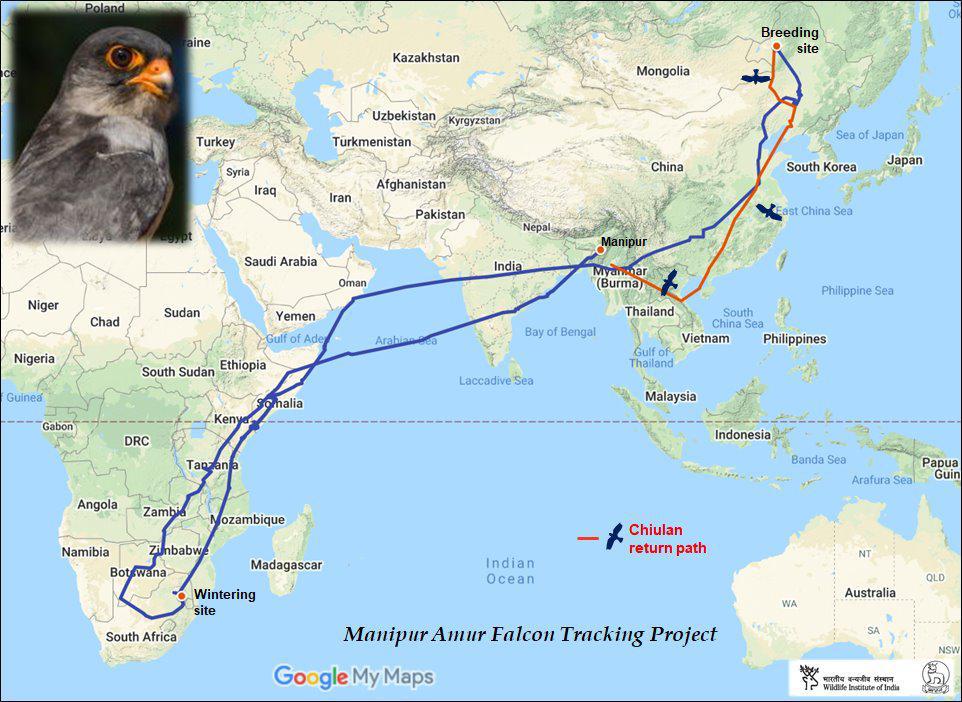 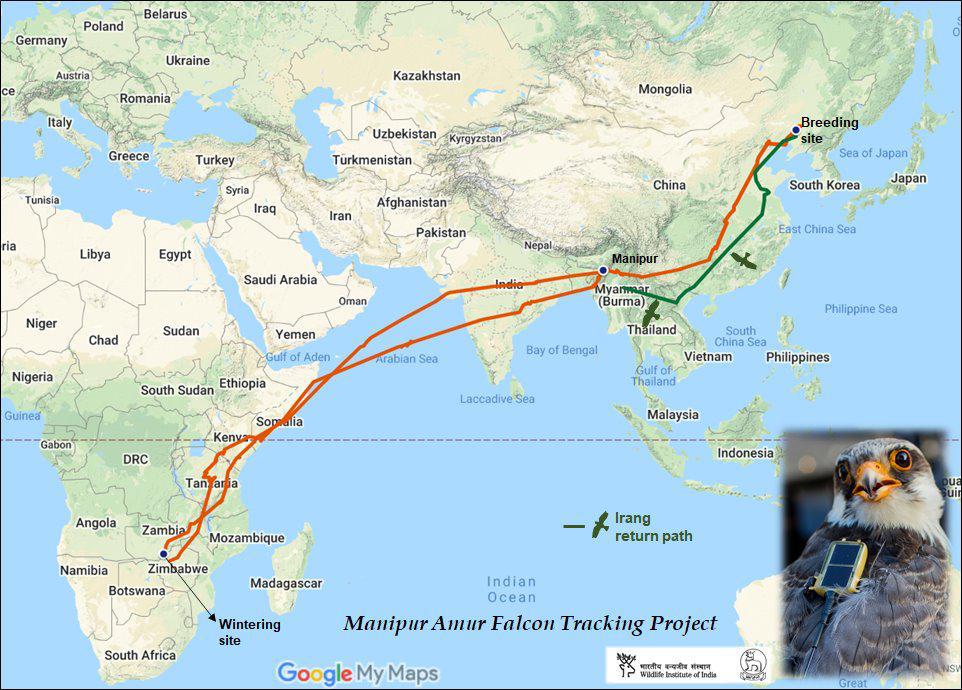 Last year, Manipur's forest department fitted five Amur Falcons with satellite radio transmitters to study the route and flight patterns of the birds. Sadly, the other three are thought to have died. Each year Amur Falcons arrive in Manipur and parts of Nagaland from breeding grounds in China and Russia before they migrate to South Africa for the winter – a voyage of approximately 20,000 km. 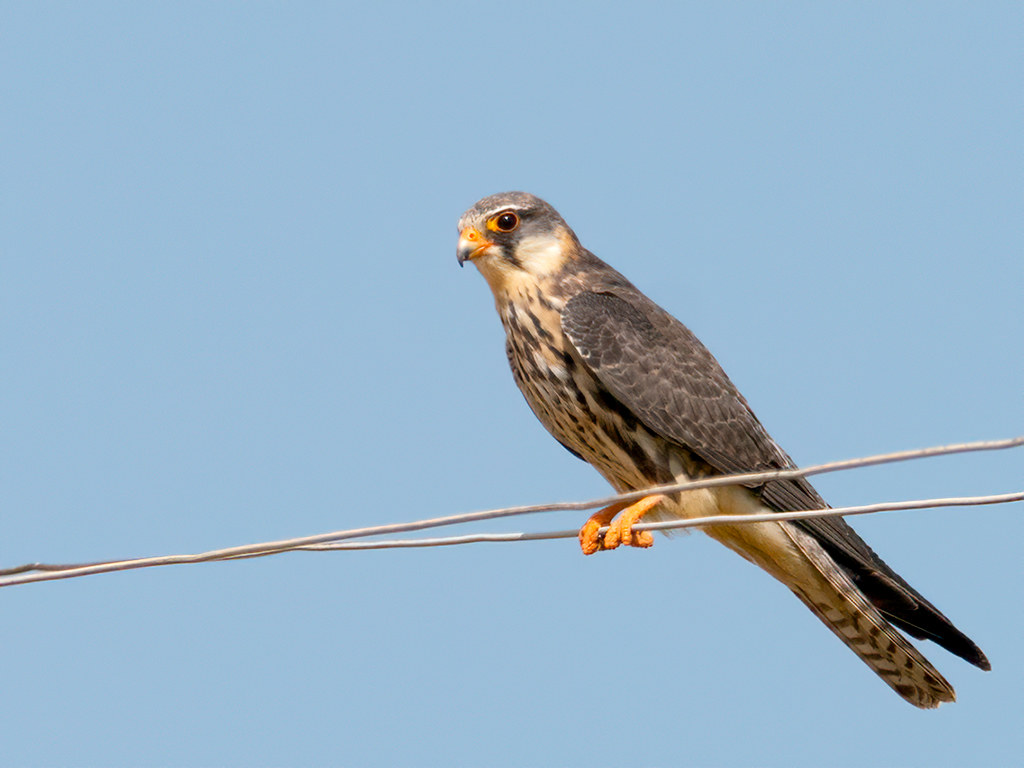 The two Amur Falcons had travelled at least 29,000 km each upon returning to India (David Cook / flickr.com).

However, until a few years ago large numbers of the falcon were hunted in Nagaland's Wokha district during their stopover. This mass hunting prompted the state government to take action; they banned the killing Amur Falcon and warned that they would freeze developmental funds of villages if found guilty.

This has had a positive impact and, nowadays, members of the forest department and local people patrol the roost sites to keep poachers away.