A satellite-tagged Dark-bellied Brent Goose has been tracked from its wintering area in Essex all the way to Russian breeding grounds.

Essex Wildlife Trust (EWT) and the Southern Colour Ringing Group have launched a satellite tagging project to track how Dark-bellied Brent Geese use the Essex coastline during winter and to follow their journey back to the breeding grounds in Siberia. Arriving from October, nearly a quarter of the world's population spend the winter months around the Essex coast, before returning to breeding grounds from March. 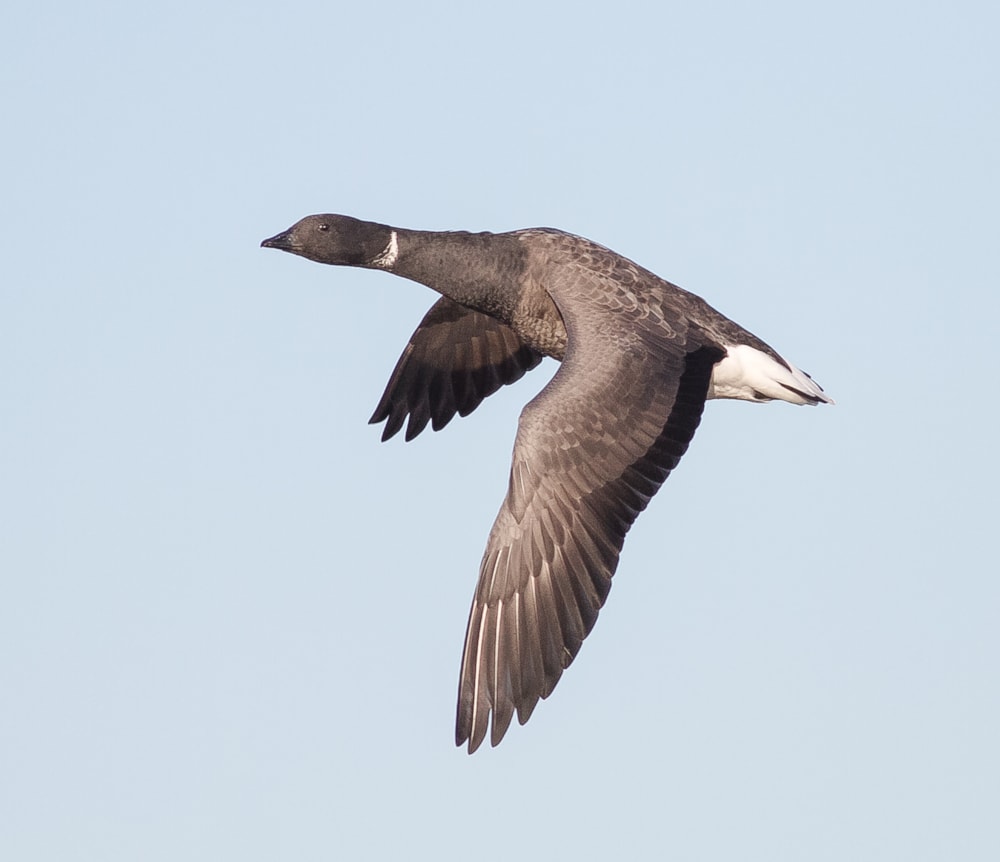 'Bran17' was tracked from the Essex coast to north-west Russia (Barry Matlock).

In late March 2020, a GPS-tagged male goose ('Bran17') was tracked flying to the German Wadden Sea. Here, he spent two months feeding and resting on the coast of northern Germany before the real sprint finish began on Saturday 23 May. By midnight, he passed to the south of Copenhagen and crossed the very southern tip of Sweden, heading out across the Baltic Sea.

By 6 am on 24 May, the bird passed Gotland, a large Swedish island in the middle of the Baltic Sea. He then continued across the Baltic Sea and, after travelling 1,010 km, he finally took a rest in a bay on the Estonian island of Hiiu.

The stopover didn't last long – a mere 12 hours – and at 6 pm on 25 May the bird headed up the Gulf of Finland, with Finland to the north and Estonia to the south, passing the cities of Helsinki and Tallinn. By midnight on 25 May, the goose had reached the west coast of Russia.

That day, 'Bran17' crossed Lake Ladoga in north-west Russia, in the vicinity of St Petersburg. By 6 pm on 26 May, he arrived in Lake Lizhmozero, in north-west Russia. 'Bran17' had covered 812 km since its last resting site and a grand total of 1,825 km in 60 hours from the north coast of Germany.

This was the last GPS data point received, but it's hoped further information will appear when the bird travels west again on its way back to Blue House Farm NR in Essex. The data will identify sites that are important for the geese and help to inform future landscape-scale conservation efforts. It will show how Brent Geese are using the Essex coastline and the data will feed into the management plans of EWT nature reserves and inform stakeholders in the wider landscape.