Four Santa Cruz Ground Doves have been born in captivity for the first time. The birds – native to the southern Solomon Islands and Vanuatu – hatched at Jurong Bird Park, Singapore, on 31 December. As a result, the park became the first zoological institution in the world to successfully breed this Endangered species. 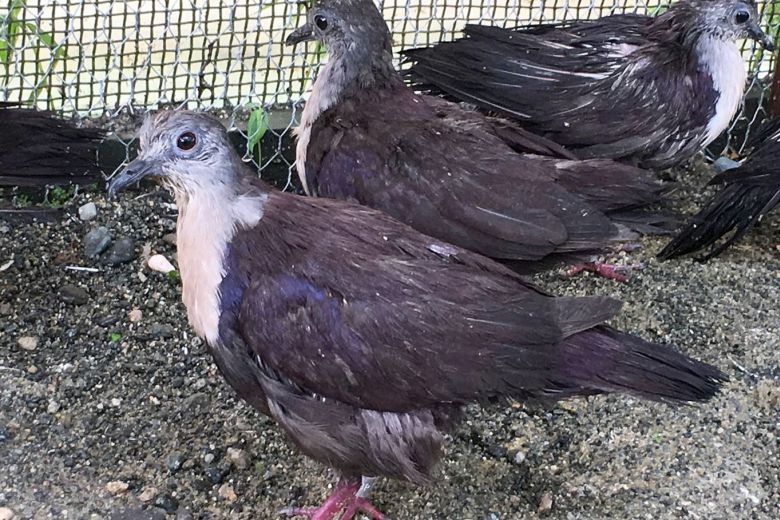 In August last year, 60 Santa Cruz Ground Doves – thought to be around half the world's entire population – were rescued from poachers in the Solomon Islands. In a terribly unfortunate sequence of events, a volcanic eruption then destroyed about three-quarters of what's generally considered their sole natural habitat on the island of Tinakula.

It's thought the 60 rescued birds, all based at Jurong, are the only assurance colony in the world, with the long-term plan being to repopulate Tinakula. Little historic data in Santa Cruz Ground Dove is available, and Wildlife Reserves Singapore (WRS) commented: "All the information that can be collected from the birds under human care is extremely valuable and may help better understand the species and its needs in the wild."

Jurong Bird Park enjoyed similar success with the Critically Endangered Straw-headed Bulbul. In the past two years, the park has bred four of these birds, with the newest chick arriving in July last year. The first chick hatched in 2017, marking the first time in more than a decade that these songbirds were bred under human care.