Hunting Sandhill Cranes was recently made legal again in Alabama, after more than a century where shooting the species was outlawed.

About 300 cranes were killed in the state's first hunting season for the birds since 1916, according to the Alabama Department of Conservation and Natural Resources (ADCNR). It added that around 400 hunters bought permits to hunt the species, which some people like to eat.

While not everyone with a permit managed to shoot a bird, migratory game bird co-ordinator Seth Maddox said the final number of shot birds will probably be in line with other states that have hunting seasons for the species. 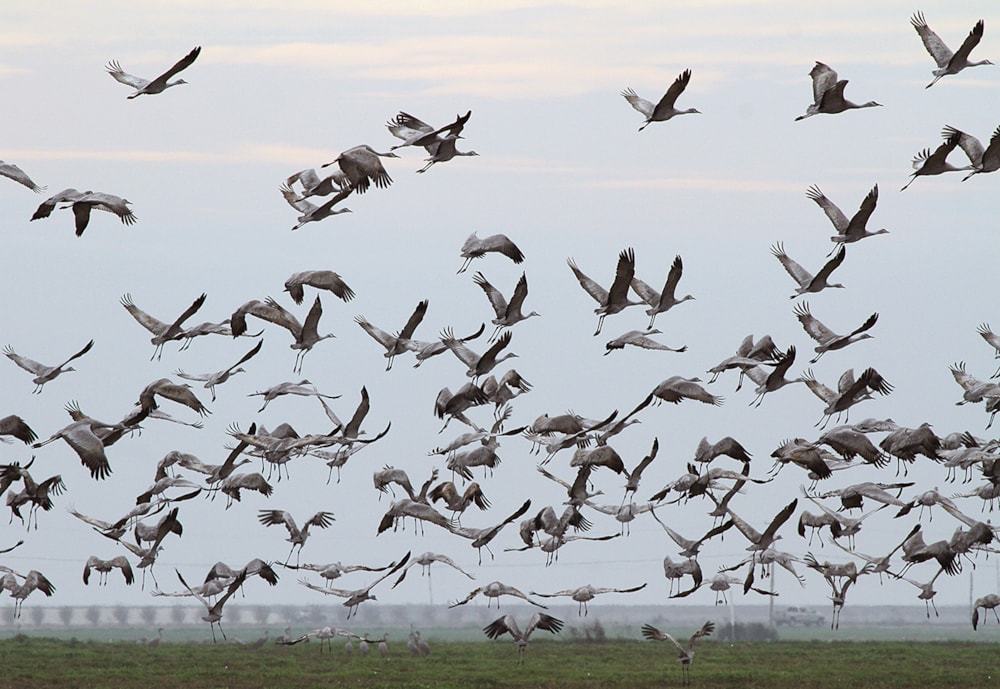 Hunting nearly wiped out Sandhill Crane in Alabama in the early 20th century and was banned there in 1916 in order to allow the population to recover.

This year's two-part season for Sandhill Cranes, which had a three-bird limit, ended on 31 January. Hunting was allowed in north Alabama, where water from the Tennessee River and other waterways attracts large numbers of birds.

This winter's mild temperatures diminished waterbird numbers in Alabama for this hunting season, with the number of cranes wintering in the state at around 12,000 – some 3,000 fewer than the average.

"Our season was probably a little better than I expected," said Maddox. "Our hunters had never done it before. They had to find people willing to give them access to hunting land. Hunters got to make new friends. I think it was a very successful season."