GPS trackers have been attached to two male Western Ospreys as part of the Rutland Osprey Project. The trackers will allow the birds' migration route to Western Africa and local movements once on their wintering grounds to be studied. The data have already revealed that one of the ospreys has made good progress, reaching Western Sahara in just nine days. 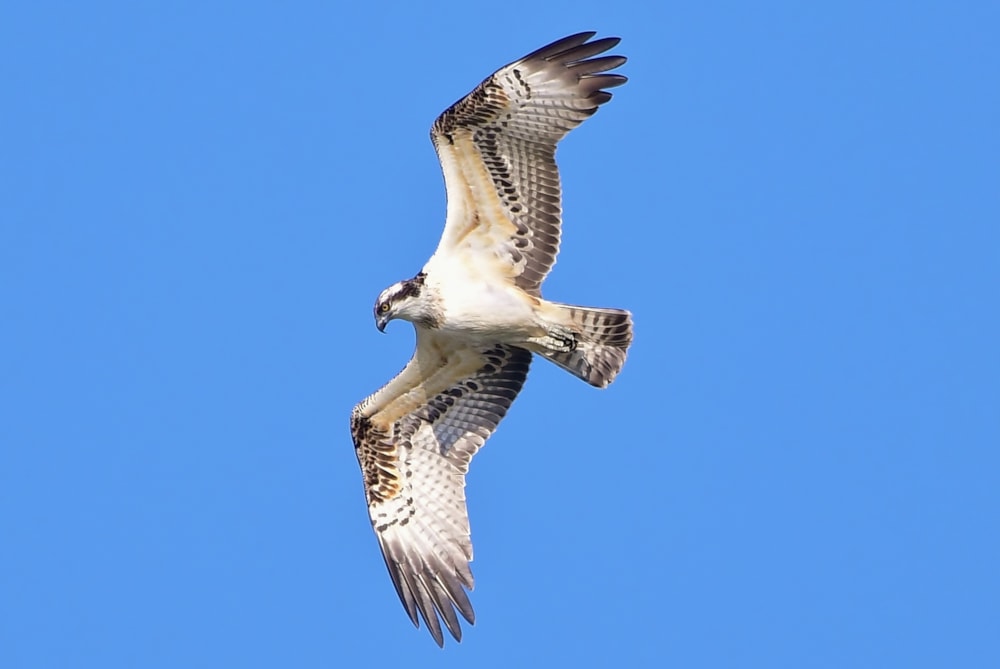 One of the Western Ospreys has already reached Western Sahara, taking just nine days to get there (Neil Rendall).

The satellite trackers are small, weighing just 30 g, and they run on solar power. Location, altitude and speed can all be recorded, and will provide important data on a species that can fly up to 485 km a day when on migration. Only 30 per cent of young Western Ospreys survive their first migration, but as the two tagged birds are adults, Rutland Osprey Project researchers are hopeful of locating them in Senegal or The Gambia in January, when they visit the African countries with the Osprey Leadership Foundation.

Tim Mackrill, from the Roy Dennis Wildlife Foundation who helped fit the transmitters, commented: “We’re very excited that we’ll be able to follow the birds to their wintering grounds. As adult Western Ospreys they will already have established wintering sites, so it will be fascinating to find out exactly where they go. Some European ospreys winter in Spain or Portugal, but most fly 4,850 km to the west coast of Africa. A third Rutland osprey, known as 30(05), has been tracked since 2013 and migrates to the coast of Senegal each winter. In the past she has completed the journey in as little as 11 days, so it will be interesting to see how the two young males compare.”

Anya Wicikowski, Rutland Osprey Project Officer, added: “Aside from the scientific and conservation value of the tagging, the data provides an incredible educational resource and helps us to link young people along the osprey migration flyway. These latest tagged birds will form a key part of that work.”

Both of the tagged birds can be followed online via the Rutland Osprey Project tracking page and map; the two male ospreys are 'S1' (yellow route) and '4K' (pink route), with the previously tagged female '30' (green route).